In his return to the Gem State, Jon Abrams finds himself in charge of Idaho’s fastest growing school district — an online school that has added thousands of students in recent years.

“Connecting through the virtual world is very different,” he said. “But it’s another opportunity to grow.”

Oneida’s Idaho Home Learning Academy, now the state’s largest virtual school, has increased its enrollment at an unprecedented pace in recent years, starting from 540 K-8 students in 2018 and growing to around 6,000 for the upcoming school year.

The rest of Oneida’s schools enroll about 850 students combined.

IHLA students live in communities across the state. The district employs the school’s teachers, who work remotely, and provides resources and training for parents, who help oversee the education of their children.

The COVID-19 pandemic provided Abrams with a crash course in online learning, but he’ll rely on this IHLA staff and Executive Director Terri Sorensen, who has been with the school since its inception in 2016.

IHLA, which serves nearly 90 percent of the district’s students, has struggled on a range of academic indicators in recent years. IHLA students lag behind those in Malad’s brick-and-mortar schools on both the Idaho Reading Indicator (Idaho’s early reading test for K-3 students) and the Idaho Standards Achievement Tests.

Here’s how IHLA’s scores compare with those from Malad’s brick-and-mortar schools and schools across the state.

Abrams wants to help the online school increase its test scores by focusing on incremental growth. A top priority is getting students up to reading level by the third grade, Abrams added.

Lagging scores among online students is not a problem unique to Oneida. Students in virtual schools statewide tend to perform lower than their in-person peers on standardized tests.

Yet test scores aren’t the only issues that have been brought up in recent years. The State Board of Education last year expressed concern over Oneida’s ties to for-profit companies and its rapid influx of students, which fueled significant increases in the district’s allotment of state tax dollars. State Board President Debbie Critchfield laid out her concerns about the school in a letter to State Superintendent of Public Instruction Sherri Ybarra in November 2020.

Despite only working with Abrams for a month, Sorensen said she has been impressed with his “willingness to listen, learn, and gather data as he makes decisions.”

Abrams move to Idaho brings him closer to family

Abrams returns to Idaho from Wyoming, but he is far from new to the area. He grew up in Preston, less than an hour’s drive from his new office in Oneida. After teaching in Utah, he took an administrative position at Westside High School in nearby Dayton. He was also the principal of Idaho Falls High School and later superintendent of the Shelley School District.

The move to Malad brings Abrams closer to his 13 grandchildren.

“It was time to get closer to family,” he said.

Abrams hopes to build relationships in his first year as superintendent in order to connect with staff and the community by talking and connecting with as many people as he can.

“You build trust, then you can do some pretty special stuff.”

Sat Sep 11 , 2021
JOPLIN, MO – Even though classes at an area university don’t start for a few more days, many students are already getting settled in for the fall semester. But for one group of students, that’s a much bigger task than most. A student’s first semester in college can be a […] 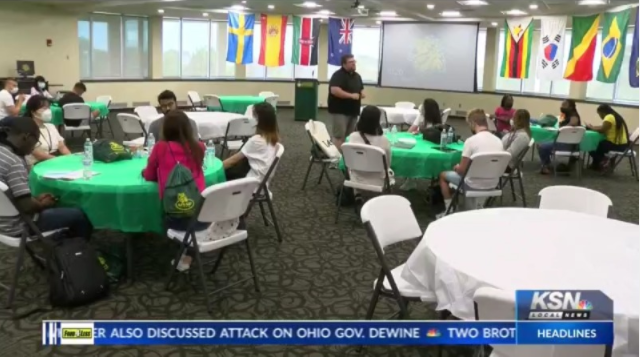