It’s too early to write the history of the coronavirus pandemic because, unfortunately, more dark days are still to come.

But as 2020 winds down, the economic damage is already historic: Texas is on pace to lose 680,800 jobs this year, the biggest annual decline on record.

The number, projected recently by the Federal Reserve Bank of Dallas, would dwarf annual job losses in the Great Recession, in the wake of the 9/11 terror attacks and during several oil-and-gas busts in the past century.

“It’s the worst downturn that we’ve had in the post-war period,” said Pia Orrenius, senior economist at the Dallas Fed. “I don’t think there’s any way around that.”

The deep and sudden job losses were unprecedented, as was the decline in gross domestic product. But that doesn’t mean this is the worst economy ever, she added.

Some segments of the Texas labor market have grown in the past year, including professional services and financial activities. More important, she said, the economic damage from the pandemic has been more contained than in some past recessions.

The housing market is booming, and banks are well-capitalized. And there’s hope for a rapid recovery, thanks to COVID-19 vaccines.

“It’s not the 1980s,” Orrenius said, referring to the second half of a decade when real estate, banking and energy all crashed in Texas. “I think that was the worst economy on the whole.”

Unlike the Great Recession that ended in 2009, this downturn doesn’t include a financial crisis.

“We just don’t see that pervasive, systemic, comprehensive destruction of capital,” she said.

In fact, many people with wealth have improved their financial fortunes, largely because of rising stock prices and home values. For many months during the pandemic, Americans also added to their personal savings.

“It’s a bifurcated world,” said Harvey Rosenblum, a professor at the Cox School of Business at Southern Methodist University and a longtime research director at the Dallas Fed. “Many are so much worse off, but other people are way better off than they were before. I’m not sure public policy intended that, but that’s how the cookie crumbles.”

For those earning over $60,000 in Dallas, employment rates snapped back by early June and were in positive territory in October.

The pandemic, the center wrote, was exacerbating long-standing inequities in education, employment, housing and health care.

She was looking for a job, taking classes for a new career and helping two teens navigate remote high school.

In the 12 months ended in October, women in their prime working age, 25 to 54, lost more jobs than men even though men greatly outnumber them in the labor force.

Historically, recessions have hit men harder because they’re more likely to work in cyclical industries such as construction and manufacturing. With the pandemic, the disruptions have been concentrated in the service sector, and they’ve spilled over to schools, child care and home life — with much of the burden falling on women.

“This is unique to this pandemic,” Orrenius said. “We’ve never seen anything like it.”

The past year also led to a big increase in baby boomer retirements in the U.S., along with an exit of workers ages 55 and older.

The pandemic ended that streak. For eight consecutive months, the number of 55-plus workers in the civilian labor force declined compared with a year earlier. In November, there were 903,000 fewer 55-plus Americans working or looking for work.

A growing economy — with a vaccine dampening the COVID-19 threat — could draw some workers back into the labor market. But Rosenblum believes it will be several years before jobs and wages are rising as they had before the pandemic, especially for low-paid workers.

“Even if the economy does seem like it’s beginning to snap back, I don’t think it’s going to go back to the way it was,” Rosenblum said. “There’s going to be enormous financial pressure on businesses to not spend money.”

He expects companies to curtail business trips, for example, and people to be cautious about personal travel: “It’s going to take a long time to get me back on a cruise ship,” he said.

The Dallas-Fort Worth labor market has held up better than most, but it lost over 96,000 jobs in the 12 months ended in November. That’s a major reversal for a region that added roughly 100,000 jobs a year from 2012 through 2019 — and often leads all metros in job growth.

Still, D-FW has performed better than Texas and the U.S., and the area’s job losses are smaller this year than during the 2009 recession.

The pandemic may even represent an opportunity, a chance to seed a bigger recovery down the road, said Bernard “Bud” Weinstein, an economist at Southern Methodist University.

Some companies and individuals are eager to make a move to cut costs and improve the bottom line, he said. Even during the pandemic, the region continued to attract relocations and expansions — about 60 new deals in 2020, according to a list compiled by the Dallas Regional Chamber.

Amazon announced three major expansions that include over 1,600 jobs. Linear Labs unveiled plans for a manufacturing plant in Fort Worth with 3,000 workers. HelloFresh is creating 1,200 jobs at a facility in Irving. KeHe Distributors said it would build a giant warehouse in southern Dallas.

“This is a pattern I’ve seen three or four times in the 45 years I’ve lived here,” Weinstein said. “Every time there’s an economic disruption, there’s been a surge of people and businesses to the Sun Belt, and to Texas in particular. That’s happening again. 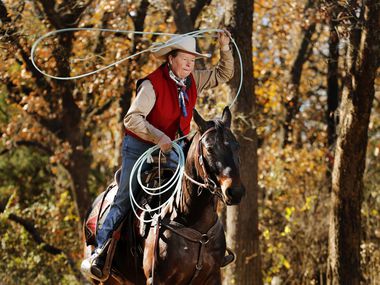 Sun Dec 27 , 2020
The South Middleton School Board recently rejected a motion to subscribe to the Thought Exchange online survey platform. The board voted 8-1 against a motion to spend $6,000 in the current fiscal year and $6,000 next fiscal year to cover the subscription period of Jan. 1 through Dec. 31, 2021. […]