Take one look at a ghost shark and you may say, “What’s up with that weird-looking fish?”

Over the past few decades, scientists learned that these cartilaginous fishes, also known as ratfish or Chimaeras, have been around for hundreds of millions of years, and that they have venomous spines in front of their dorsal fins and “fly” through the water by flapping their pectoral fins. They even learned that most male ghost sharks have a retractable sex organ on their foreheads that resembles a medieval mace.

However, much remains to be learned about these strange creatures. Basic biological information, like how long they live and how often they reproduce, is lacking for most of the 52 known species. The absence of this key information makes it difficult for scientists to manage and monitor ghost shark populations, even as evidence mounts that some species may be at risk of extinction.

Ghost sharks can be found in all of the world’s oceans, except the Arctic and the Antarctic. Most inhabit the deep-sea, although a handful of species inhabit shallow coastal waters. Despite their name, ghost sharks are not true sharks, though they are closely related. Unlike their shark cousins, ghost sharks have long, thin tails and large, continuously growing tooth plates that give them a rat-like appearance. Some have long skinny snouts while others sport plow-shaped ones that they use to probe seafloor sediment in search of food.

“They’ve got a face only a mother or a researcher could love,” said David Ebert, director of the Pacific Shark Research Center at Moss Landing Marine Laboratories in California and co-author of the assessment.

Nearly half of the species known to science were discovered only during the past two decades. “We’re just now starting to figure out that there are a lot more of these things around than we realized previously,” said Dr. Ebert, whose lab has been credited with the discovery of 11 of the 52 known ghost shark species.

Dr. Ebert is one of only a handful of scientists currently studying ghost sharks. Securing funding to study them has long been a challenge for scientists.

“Chimaeras don’t have much value commercially, so there’s not a lot of interest in getting more information about them,” said Brit Finucci, fisheries scientist at the National Institute of Water and Atmospheric Research in New Zealand and lead author of the assessment. “They’re also quite cryptic, so they’re hard to find and hard to study.” Several species of ghost shark, including the Bahamas ghost shark, are known from only one specimen.

Ghost sharks are primarily caught as bycatch. While their meat is edible, the majority of their commercial value comes from their livers, which contain an oil known as squalene that’s used in a wide variety of cosmetic and pharmaceutical products.

Although they are harvested and sold all over the world, 90 percent of ghost shark species are unmanaged, according to the IUCN assessment. This means that those who catch these species are not subject to limits and are not obligated to share data about their catch.

If fishing fleets continue venturing further into the deep-sea, experts fear that some species of ghost shark could disappear before scientists even notice that they are in trouble.

“How can we start to wrap our head around keeping them from going extinct if we don’t know anything about them?” said Dominique Didier, an ichthyologist at Millersville University in Pennsylvania.

“We shouldn’t be waiting,” Dr. Finucci said. “Even though these animals are assessed with a lesser risk of extinction, we shouldn’t wait until they are actually a threatened species before we start studying them.”

Sat Dec 19 , 2020
One area of job growth was in firms that specialize in shipping goods, including FedEx and UPS, because of the significant increase in online shopping, Creative Commons photo Art Woolf is a columnist for VTDigger. He recently retired as an associate professor of economics at the University of Vermont.  Vermont’s […] 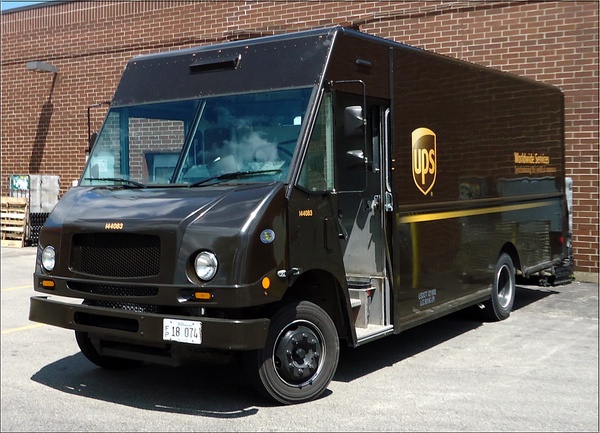