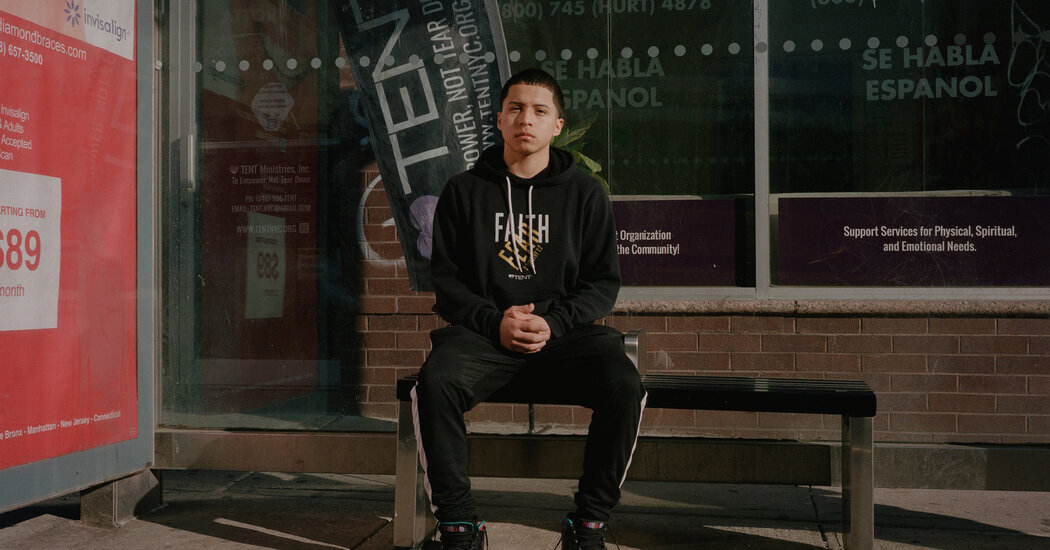 This is the Education Briefing, a weekly update on the most important news in American education. Sign up here to get this newsletter in your inbox.

Will three be the new six?

The director of the Centers for Disease Control and Prevention said on Monday that the agency might revise its guidance calling for at least six feet of distancing between students in schools in areas with high coronavirus transmission. But one major stakeholder, the American Federation of Teachers, is staunchly opposed to changing the guidance now and plans to try to persuade the agency not to do so.

Here’s the background: Since some schools began to reopen last fall, guidance that students should be spaced six feet apart to prevent transmission of the virus has prevented many schools from allowing students to return to the classroom full time. In New York City, for example, students in schools where a high proportion of students opted to come back in person attend school for only part of the week, to ensure six feet of distancing.

Recently, with concerns rising about the social costs of students not being in the classroom full time, some experts have been questioning the basis for the six-foot guidance.

Most recently, a study published in the journal Clinical Infectious Diseases found that, in Massachusetts, when students and staff were masked, there was no significant difference in infection rates in schools that required at least six feet of distance versus those that required only three feet.

Changing the guidance to three feet from six would mean many more schools would be able to bring students back full time.

But those hoping for a change in the guidance should hold off on popping the champagne.

In an interview, Randi Weingarten, the president of the American Federation of Teachers and a close ally of President Biden, described herself as “very concerned” about the possibility that the agency might change the guidance now.

She said that instead of reducing distancing, districts should be finding additional space to accommodate students at six feet of distance.

“All of a sudden, because we can’t squeeze in every single kid if it’s six feet that miraculously there’s now studies that say three feet are fine. And what’s going to happen is, people are just not going to trust it.”

She also said that reducing the distancing requirement would pose myriad logistical challenges for schools, throwing reopening plans into disarray.

She said she believed the C.D.C. was under “a lot of outside pressure” to revisit the guidance.

“Obviously, we’ve asked for a meeting with them about this,” she said.

Our colleague Juliana Kim spoke with seven students in New York City about 3 p.m. to 6 p.m., the hours between the end of classes and the beginning of dinner.

“For a lot of students, it was after the final school bell rang that their days were getting started,” she said. “It was their reason to go to school, their reason to stay at school.”

A year ago, most of those after-school spaces went dark. Libraries closed. Y.M.C.A. facilities closed. Even hanging out on a friend’s couch wasn’t an option.

But while interviewing students struggling to learn English in remote school, Juliana saw students in hockey gear walking around the Upper West Side of Manhattan, about to go to a game. She realized some students were still doing their after-school activities.

“It’s not only a safety issue anymore, but it’s an equity issue,” Juliana said. “The loss of after-school activities is no longer happening across the board.”

Patrick Amoyaw, a senior in Harlem who plays football, felt that frustration. “A lot of private school kids had a season,” he said. “I would see their highlights on social media, and be like, ‘Wait, do they have a season?’”

For Rafael Rodriguez, Bible study and pastors at TENT Ministries helped prevent him from dropping out of school this year.

“That’s why these activities and organizations are so important,” said Rafael, 15, who lives in Bushwick, Brooklyn. “They might just save somebody’s life, you know?”

The latest on how the pandemic is reshaping education.

Adrian Rosales and his friends used to play football on Staten Island before the pandemic. A few weeks ago, they shoveled snow off the field before they played, just like old times.

“Without that, it would’ve been very, very tough on me to go through all these months without going to school,” he said. “Knowing you’re going to see your friends for at least a couple of hours in the week, it’s something we all look forward to.”

A deeper listen: The second installment of the Times audio series “Odessa” chronicles the start of the football season (and, as you’ll hear, the band season). One student is falling behind in remote school. But she still wakes up early every morning to drive to in-person band practice. “Online school is very stressful, but I love band so much,” she said.

Our colleague Anemona Hartocollis, who covers higher education, sampled some of the more than 900 college application essays sent to The Times by high school seniors. “Reading them is like a trip through two of the biggest news events of recent decades: the devastation wrought by the coronavirus, and the rise of a new civil rights movement,” Anemona wrote.

Here is one excerpt.

Christine Faith Cabusay, a senior at Stuyvesant High School in New York, decided to break the isolation of the pandemic by writing letters to her friends.

I sprayed my favorite perfume on my signature on every letter because I read somewhere that women sprayed perfume on letters overseas to their partners in World War II; it made writing letters way more romantic (even if it was just to my close friends).

Sign up here to get the briefing by email. Covid-19 disrupted education around the world. How I survived when my studies were derailed.