Becoming unemployed is not a personal failing. It’s an unfortunately common event that millions of people have been experiencing this year during the coronavirus pandemic. But shame can keep you quiet about it and make you think, “Everyone will judge me if I tell them how I lost my job,” or, “If I talk about it to my friends and family, they’ll worry too much.”

Let’s be clear, though: The longer you go without talking about it, the easier it becomes for people to make assumptions about your current employment status. At worst, they may start to believe you still have a job when you don’t. Here’s how to understand the complicated emotions behind unemployment, and how to talk about it without making yourself feel worse.

Silencing shame can lead to deception. Ofer Sharone, an associate professor at the University of Massachusetts, Amherst, who studies career transitions, has interviewed people about their unemployment for his book research. He has found that when people do lie about their job loss, it’s more common that they lie to their friends and parents.

“They don’t tell their parents because, first, they think the parents are really going to worry, and be burdened, but also this idea that the parents are not going to understand, that they grew up in a time where people kept their jobs basically for their lifetime,” Sharone said.

Recent American film and television shows, including “The Undoing” and the second season of “Ramy,” both involve husbands lying to their wives and loved ones about unemployment and pretending they still have jobs. The French movie “Time Out” and the Japanese film “Tokyo Sonata” also deal with workers convincing their families that they are still going to the office after they lose their jobs.

“For you to be able to keep going, to be an effective job seeker, you need to share what’s happening with people who are empathetic.”

The fact that these fictional examples are all men is not surprising. Sharone said when people lie to their spouses, it’s usually men who do it, citing the breadwinner identity men are traditionally expected to uphold.

It may feel like you are sparing your loved ones by not talking about your job loss, but staying silent about unemployment only hurts you in the end.

“If you’re unemployed, it’s a time that you need a lot of social support from the people that love you. It’s an extremely, extraordinarily, emotionally difficult time … [when] you’re experiencing rejections in the labor market,” Sharone said. “For you to be able to keep going, to be an effective job seeker, you need to share what’s happening with people who are empathetic.”

Keeping silent about your job loss will not only hurt your personal relationships, but also your professional ones. When you’re devoting your energy to the cover-up around your unemployment, “that’s a huge time and energy suck that’s taking you from what you should be doing ― looking for work,” Sharone said.

Sharone recalled one unemployed pharmacist he interviewed who went to a conference of local pharmacists in his field. “It was this golden opportunity to network, to see if any of them had leads. He was planning on networking, but when the time came and someone asked, ‘Hey, how are you doing?’ he said, ‘Oh, I’m retired.’”

And if you try to lie to a future employer about your unemployment, you can jeopardize a job offer. “It’s way worse for someone’s first impression of you to be that you lied or made something seem like it wasn’t the case. Your integrity is so important,” said feminist career coach Cynthia Pong. “It’s way better that you even clumsily acknowledge what happened. … That is better than making it seem like you are employed when you’re not.”

Take time to grieve the job loss. Losing your job suddenly can be devastating, because it can be a blow to your identity, finances and self-esteem. The longer you go without a job, the more likely you are to report having depression, according to a 2013 Gallup survey of 356,000 Americans.

It can be helpful to know that you are not alone, even if shame tells you otherwise. More than 20 million people were getting unemployment benefits at the end of November.

If you feel self-blame over losing your job during COVID-19, recognize that “it’s a global pandemic and if anything, this year was a failure of our government, our country’s culture, our lack of social safety net, our lack of even caring for each other over the corporate dollar ― not a failure on your part at all,” Pong said.

Keep the tone matter-of-fact. When you do bring up your unemployment, you don’t need to overpersonalize or go into a long explanation. You can simply stick to the facts of what happened, like, “There was a reorganization at my company and my position was eliminated,” Pong said.

To move the conversation beyond the topic of your unemployment, share what else you have been doing in the meantime right after you mention it. Pong suggested transition phrases like, “But what I’m looking forward to in 2021 is building on my project management skills,” or, “What I’m looking for in my next position is to lead a team again,” or, “I’m using this time to invest in building my expertise in …”

That way, you acknowledge the job loss without making it the entire topic of conversation.

When you bring it up to your professional network, you don’t need to directly state that you’re unemployed, either. When you reach out to a contact, you can simply mention, “I’m actually in transition right now and would love to catch up,” suggested career coach Melanie Denny.

“That doesn’t divulge any details about your termination, but still indicates that you’re in the market for a job,” she said.

You could also say, “I’m between jobs right now,” Pong suggested. “People leave jobs for all kinds of reasons, so the fact that you are not employed externally right now is really no reason to feel shame.”

Has your spouse or partner lost their job during the pandemic? Tell us about the ways their stress impacts you as well. Email [email protected], and please include your phone number if you’re willing to be interviewed. 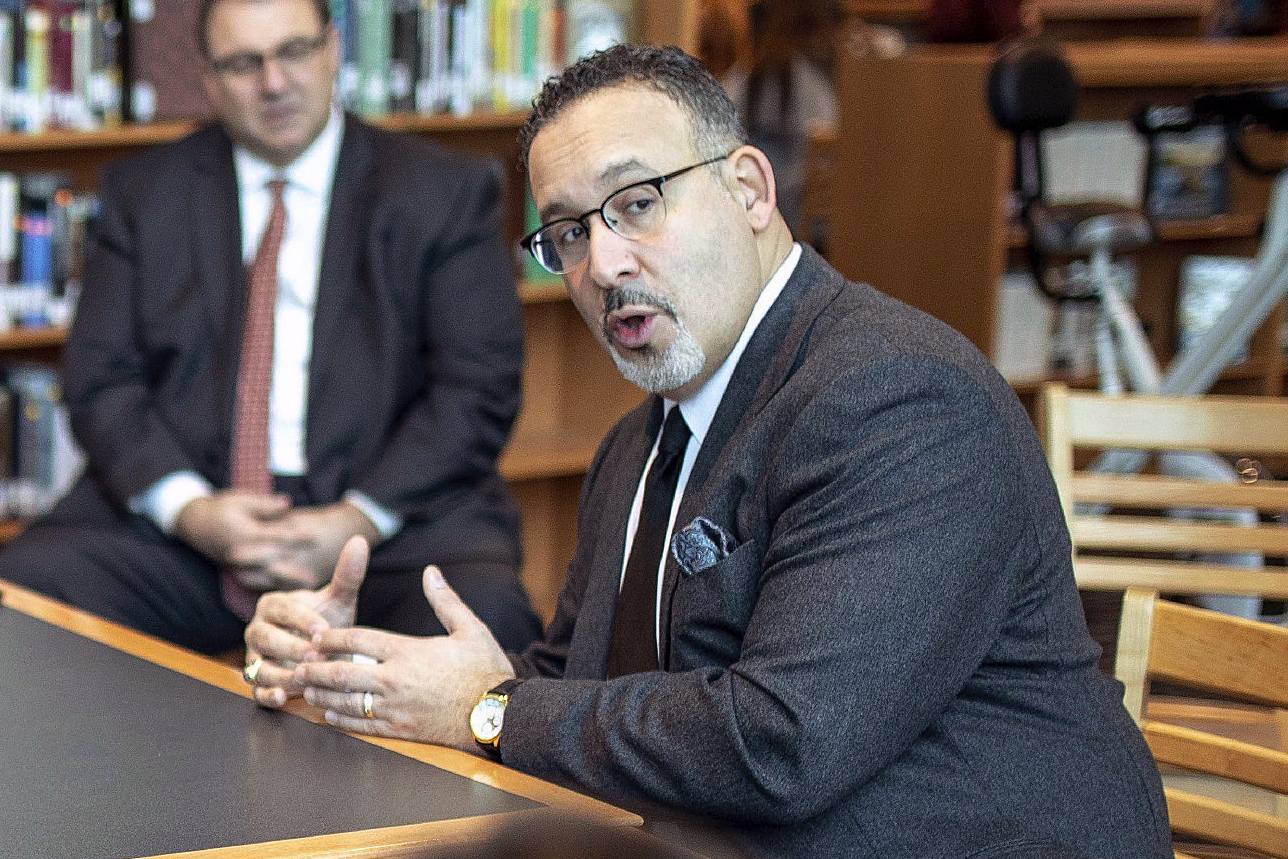