Are you a parent concerned with the future of public school education in your district? Have the recent decisions on the Gifted & Talented programs and middle school screenings been concerning for you? What about having a say in how schools will help students recover from the pandemic?

If you are able to commit to volunteering quite a few hours ( it can add up to a part-time job) each month to help lift the voices of your fellow parents and their concerns, you can make a difference by running for a seat on your district’s Community Education Council (CEC).

CECs are “education policy advisory bodies” which are independent of the Department of Education (DOE) itself, and are an opportunity for public school parents to have a say in how the city’s public school children are educated.

“Under the law, this is probably the only place an average parent has access to the people on top, the DOE,” says Bensonhurst’s Stanley Ng, referring to New York State’s Education Law, 2590-e. Ng has served on both CEC20 in South Brooklyn, and on the Citywide Council on High Schools (CCHS), a citywide Council for high school parents. “So if you want your voice to be heard, if you want to make a difference, this is the place to be.”

What is a CEC?

There are 12 Councils in Brooklyn, and some currently have vacancies. Most of these vacancies are in Central Brooklyn, particularly sorely missing are the English Language Learner (ELL) parent representatives. This is also where Brooklyn’s struggling school districts are located. All CEC seats in Brooklyn are up for election, and the requirement to run is for a parent to have a child between grades Pre-K and 8th grade in a New York City public school for the CEC. 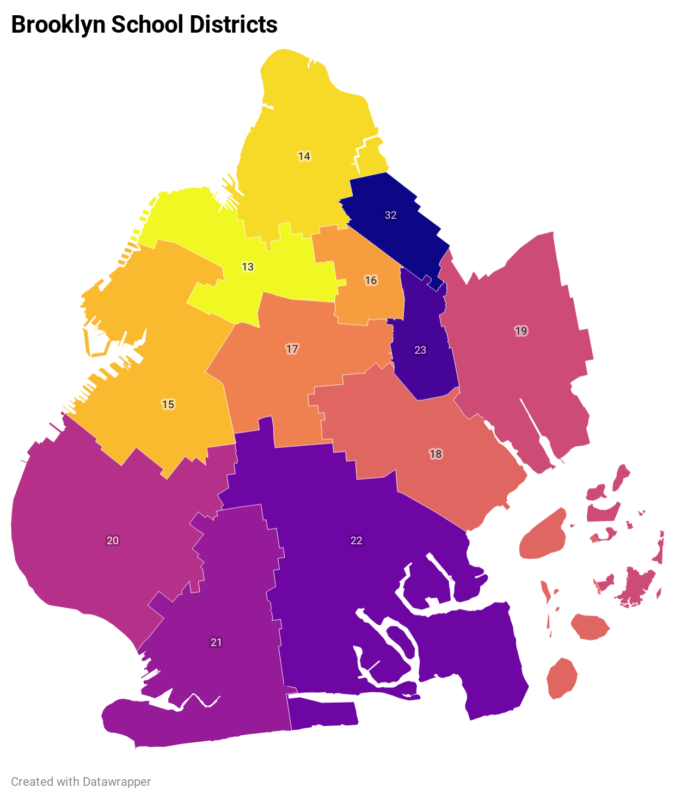 Each CEC has 11 members; nine are elected parent representatives, and two are appointed by Borough President (BP) and can be anyone from the district. Of the nine parent representatives, there is a seat for an IEP parent and another for an ELL representative, though many of Brooklyn’s 12 CECs currently have that seat vacant, especially those in Central Brooklyn. There is also a student council member seat for high school juniors and seniors, but none in those seats can vote on anything.

What Do CEC Members Do?

“We’re not policymakers,” says Jess Byrne, the President of CEC22, which stretches from her home in Kensington to Sheepshead Bay to Canarsie. “We can possibly influence policy. The most important thing I think CECs do is rezoning issues. So when the school lines get redrawn, the CECs are a major part of that.”

Byrne adds CEC members can also evaluate their superintendents, and make recommendations over charter school seats in the district.

CECs also exist to be the go-between for the community and the DOE, and building relationships in the process, says Iris Gutierrez, the BP appointee for CEC14, which covers Greenpoint and Williamsburg.

“It’s really about building relationships with the community,” says Gutierrez. “It’s about trying to understand the needs of the community, and trying to get those specific needs met.”

Each CEC member is assigned three schools to liaise with, and visit once a year to make sure the schools have what they need. This can include making sure their libraries have enough books, the water is clean and running, the paint is not peeling, and the roofs are not in need of repairs. If a CEC member sees any repair needs, and they can put in a request to the School Construction Authority (SCA), another one of their tasks.

While the pandemic took away tasks like holding special forums or hosting legislative breakfasts, CEC members now have to monitor the ever-changing landscape of remote learning and in-person learning, which has led to extra meetings for some of them, and where lack of parent representation and engagement has laid bare the inequities.

“There’s more of a demand to be present,” Byrne says. “There’s been a lot of urgent needs that parents have, and that schools have, that need to be addressed. I think most CEC members feel we should be providing as much support as we can at this time.”

How Much Of My Time Will It Take?

Being part of a CEC can take up a lot of time for a parent trying to balance work and family.

“There is a time commitment,” says Kathy Park Price, who lives in Park Slope, and used to serve on CEC15, which also serves Cobble Hill, Brooklyn Heights, and Carroll Gardens. “Sometimes meetings can go late into the night. There are two required meetings each month.”

Despite all the dedication required for being on a CEC, it should be noted that these positions are volunteer, though Ng says there are stipends given to cover travel and child care, in case a member needs someone to watch their children while they attend events.

Who Can Apply And How?

In order to apply to run for a Council, a parent needs to have an NYC Schools Account. If someone does not have an account, they would need to turn to their Parent Coordinator or Family Leadership Coordinator (FLC) for help.

However, this issue has both Gutierrez and her colleague, Kenyatta Reid, CEC14’s 2nd Vice-President, concerned. They point out that some families do not have laptops or other technological devices, and this could create a lack of diversity in a CEC.

“A council should look like its community,” Reid says. “People fall through the cracks without devices. It all goes back to equity issues.”

Reid also points out that if a family does not have access to a device, then they cannot vote for a candidate, which may further take away the diversity of a Council.

Voting for candidates will be different for this year’s election. Previously, candidates were voted on by three people within a school’s PTA.

“The process was not democratic at all,” says Price. “That left out most parents. We were leaving the decisions to three people at each school. And not every school has a PTA.”

But for the first time, parents will get to vote in the CEC elections. That is, if they have devices.

The parents Bklyner spoke to brought up the language barriers some parents may have. According to DOE data from 2018-2019, nearly 45,000 Brooklyn students were in the English Language Learners (ELL) program or about 13{c25493dcd731343503a084f08c3848bd69f9f2f05db01633325a3fd40d9cc7a1}. Ng wonders how parents will campaign when not all parents in Brooklyn have an understanding of English, and there are many languages in the borough.

“Parents who don’t speak English might not even know that CECs exist,” Gutierrez says. “This creates obstacles. We need all types of representatives in this situation.”

Overall, the parents Bklyner spoke to encouraged interested parents to apply for the opportunity to serve on a CEC or a Citywide Council. Parents like Byrne say it is an opportunity to see patterns and notice the gaps that need to be filled in the district.

“If you can do that work, on a larger level,” she says, “It just makes it more powerful and empowering. If you are a parent, and you have children, and you care about schools, then there’s no better way to do it than serving your own district.”

Others like Price and Ng say this is the best way to speak up to the DOE.

“If you have strong opinions and ideas to help students in the district,” Price says. “The CEC is an under-utilized forum to do that.”

“Step up to the plate, and put your name in,” Ng says, “This is the place to have your say.”

Applications to run for Councils (CECs) opened on Monday, February 1, for this year’s elections, which are held every two years. The application time period will last until 11:59 pm on Sunday, February 28th. From April 5th to  April 30th, there will be virtual candidate forums. The actual voting will take place from May 1st to May 11th. Runoff elections will happen on May 14th, with orientation for the winners to be on June 26th. The new term starts July 1st, and will last until June 30th, 2023.

Tue Feb 2 , 2021
When you buy through our links, we may earn money from our affiliate partners. Learn more. Data scientists are the behind-the-scenes wizards tasked with making meaning out of seemingly incomprehensible piles of ever-growing data. Beyond using applied statistics skills and tools like RStudio and GitHub, data scientists communicate their results […] 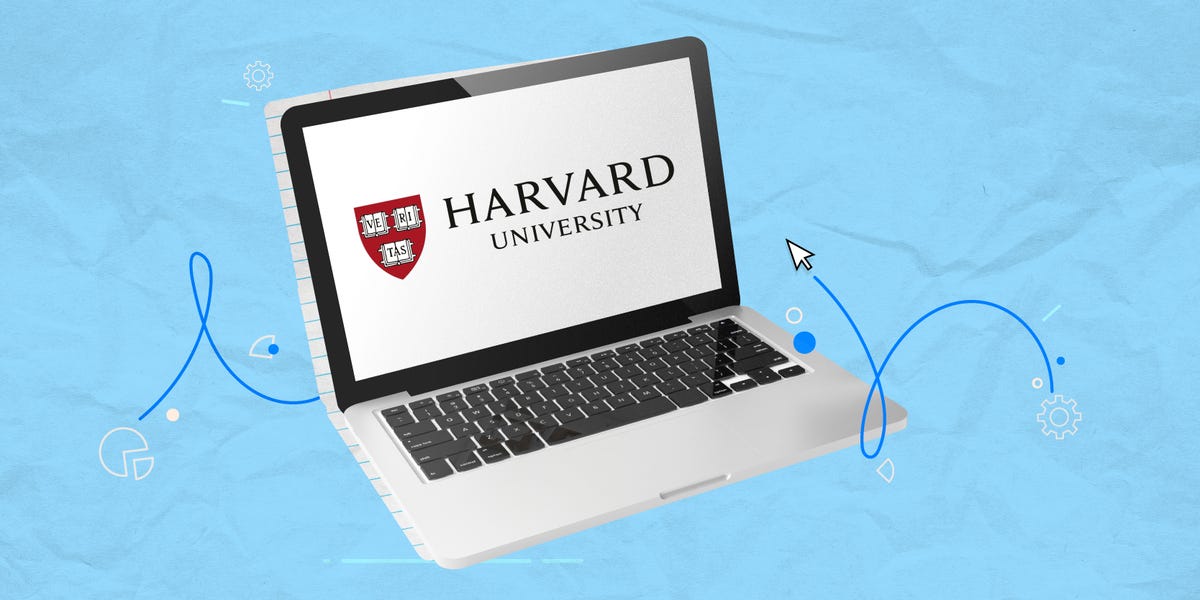