Several blue states are planning to drop mask mandates for kids and teachers in schools. As the debate over whether this is prudent or reckless has flared back up, people on both sides have marshalled evidence, statistics, charts to make their case for or against masks in the era of omicron. At the beating heart of this debate is a statement presented as a truism: “follow the science.”

For two long years, it’s been an all-around favorite mantra of public health officials, pundits, and politicians, invoked to argue for lockdowns (or against them), for masks (or against them), for boosters (or against them), and so on. Joe Biden successfully campaigned on “following the science”—which, admittedly, had a melodious ring to it after the Trump administration’s anti-science bluster (remember that reality-bending moment when the president of one of history’s most technologically advanced countries suggested its residents inject bleach?).

But as satisfying as it might be to retort “follow the science,” in all but the most extreme cases, the tag line obscures the true nature of decision-making in a public health crisis. It’s time to drop it from the discourse.

This is not a new insight. As far back as 1739, philosopher David Hume articulated what is called the is–ought problem: It’s conceptually flawed to arrive at prescriptive statements solely from factual statements. Over the past two years, several commentators have pointed out the fallacy of “following the science.” And yet, the phrase is still deployed, particularly by liberals, as if it’s the ultimate argument ender. The arguments have, of course, kept going, as polarized as ever (here is another problem with pleading that people “follow the science”: We don’t typically become convinced of things by having more facts piled up on us). That “follow the science” is reductive at best and harmful at worst—a kind of insult, meant to shame your opponent—feels worth repeating as we close in on two full years of this pandemic and a future in which we will have to grapple collectively with the virus in one way or another. And I hope it will bring some peace to any parent who is confused over, or swept up in, the masks-and-kids debate to know that the path forward isn’t as clear-cut as simply adhering to evidence, or else peddling misinformation.

That’s not so to say we’re trapped in a postmodern dystopia where facts are meaningless. In some instances, science can help clarify our policy choices by suggesting an uncontroversial path forward. This might be called the “weak version” of the follow-the-science rhetoric. For example, at the beginning of the pandemic, New York City shut down the subways for four hours every night to a “deep clean” at a price tag of $500 million. Once science showed that coronavirus spreads through the air and not on surfaces, the city eventually abandoned the practice—it became clear that deep cleaning was not a good use of resources. Follow the science!

And then, there are the harebrained policies that never made much scientific sense in the first place. New York closed bars at 10 p.m. as if the coronavirus were a vampire that only feeds at night. South Africa banned the sale of open-toed shoes. A Nevada school district required Valentine’s Day cards be quarantined for a week. In those cases, abandoning policies in the name of “following the science” doesn’t cause a stir because adjusting the practices at stake doesn’t conflict with anyone’s values. There are no complex trade-offs at play.

What might be called the “strong version” of the follow-the-science rhetoric is something else entirely. The “strong version” clearly stretches science beyond its limits by implying that a policy option can be fully determined by the science itself. Take vaccine mandates. There’s an overwhelming amount of evidence that vaccines are safe and effective. From a strictly utilitarian perspective, the best thing the United States government could do is mandate that every American get a shot. This policy would lead to the least suffering, death, and societal disruption due to COVID. But a blanket federal government vaccine mandate would violate bodily sovereignty—a dealbreaker for many people. It’s the is–ought problem: Even if we all agreed on how indisputably good the vaccines are, it’s a values question as to whether we decide to maximize collective benefit by forcing vaccination, or whether we accept more deaths and loss because overriding bodily autonomy is a red line we shouldn’t cross. Whether you agree with it or not, it’s a coherent position to be pro-vaccine but anti-mandate. There’s no amount of data that can close the gap because whether you should support vaccine mandates is not a scientific question. That’s why it’s nonsensical—and needlessly divisive—to argue that vaccine mandates “follow the science.” Yes, of course proposals for vaccine mandates should be based on data, including how well the vaccine works to prevent severe illness and spread. But whether—and how—mandates are implemented is ultimately a clash of values, not facts.

As a rhetorical maneuver, the strong version of “follow the science” is effective because people piggyback on the uncontroversial-ness of the weak version—which is why you’ll see it everywhere from quotidian Twitter spats to statements from officials in the highest levels of government. Just this December, as omicron loomed, Anthony Fauci told the Atlantic that the Biden administration is fully committed to letting science be the “sole guide of what we do.” That’s a meaningless statement—science can inform, but policies are ultimately determined by values. Fauci could just own it—“if we value achieving X goal, then scientific evidence suggests doing Y”—but it’s a bit more effective to muddle together science and policy. When Centers for Disease Control and Prevention Director Rochelle Walensky later deviated from this script and noted that the agency didn’t “take science in a vacuum” when designing shortened isolation guidelines, the agency faced intense backlash because they valued having a “functional society.” Innocent-sounding turns of phrase like “we’re just following the science” give vexing moral judgments and political decisions an air of neutrality, co-opting the authority of science to make a particular policy decision seem not just well-reasoned and based on facts, but inevitable. Admitting the unavoidable truth—that science has not been your “sole guide”—makes you rather vulnerable to attack.

The controversy du jour, masking schoolchildren, has elements of both the weak version (subway cleaning) and the strong version (vaccine mandate). Those in favor of ditching masks say that children are a relatively low-risk population and that masks may interfere with learning and social development. Those who want to keep children masked up argue that masks are harmless and masking children could have a meaningful impact on community spread, which would in turn save lives, reduce the racial and socioeconomic disparities of COVID’s impact, and just generally reduce societal disruption—including disruption of school itself. The question here is: Do the individual risks to children outweigh the collective benefit to society?

The “weak version” of following the science is of limited help because the evidence is just mixed enough that both sides can plausibly marshal studies to support their argument (they do, after all, have more than 200,000 COVID studies to choose from). As for the collective benefit to society, the totality of the evidence leans in favor of masks on schoolchildren reducing transmission, but it’s difficult to say by exactly how much (real–world studies in schoolchildren are maddeningly hard to parse). Does masking a city’s kids all day prevent tens, hundreds, or thousands of cases? How much suffering, death, and disruption would these cases have led to? No one can say. As for the individual benefit of unmasking children, there’s very preliminary evidence that masking may impede word and emotion recognition, but it’s a leap to say masks affect learning and development. Some doctors attribute the ongoing mental health crisis in youth to the lack of normality brought on by the pandemic, but to say that masks themselves are major culprits is, at this point, a bit of an overreach. If masking schoolchildren obviously prevented millions of deaths, then it would be an easier call. If masking children obviously resulted in widespread severe mental illness, it would also be an easier call. The evidence may change—science is a process, not an answer key—but for now we’re left with ambiguities. And yet, a decision must be made.

What’s left then is whether to err on the side of decreasing an unknown individual risk to children due to masks versus erring on the side of decreasing an unknown collective risk to society (including the risk to kids who may get very ill from the virus, or the impact on kids who may lose caregivers to the virus). And where you stand on this spectrum depends far less on science than on deeply held values. Many who argue against school masks emphasize personal choice and individual risk. If children are relatively safe from serious COVID outcomes, they’d say, and their healthy vaccinated families are relatively safe, then people should be free to choose which precautions to take rather than focus myopically on COVID, one of the many small risks taken every day. After all, high-quality masks and vaccines are available for those who choose to take advantage of them. On the other hand, many who argue in favor of masks emphasize social equity and collective risk. Why should community risk levels be set by the most vocal and often most privileged among us? Why should we actively work to widen health disparities? Yes, millions are unvaccinated by choice, but millions are also unvaccinated because they still struggle with vaccine access, and many of the vaccinated remain vulnerable because of medical conditions or age, and many children—particularly from lower-income families, live in crowded multigenerational households where the virus spreads prolifically. From this perspective, there’s a moral responsibility to reduce community risk as much as humanly possible when 2,500 people are still dying per day. Anything less, so the argument goes, is social Darwinism.

The heated debate over evidence obscures what’s in large part a conflict about values. And because any particular study has its flaws, it’s easy to cherry-pick or overinterpret the data to support a value-based argument. In the process, science is cheapened because it is necessarily twisted to fit a political agenda. And politics is cheapened because it pretends difficult questions can be answered by science. How much collective responsibility do we owe to one another? How much power should government agencies or companies have over bodily autonomy and movement? How long can we go on like this? Tackling these questions head-on is uncomfortable. It not only means admitting that our knowledge is incomplete and our tools imperfect, but also that our values are unshared. And yet, it’s the only way forward.

Thu Feb 10 , 2022
Research has shown college graduates have higher median lifetime earnings than those with only a high school diploma. That doesn’t mean there aren’t good-paying for those who have completed high school and don’t plan to go on to university. Stacker used data from the Bureau of Labor Statistics Occupational Outlook […] 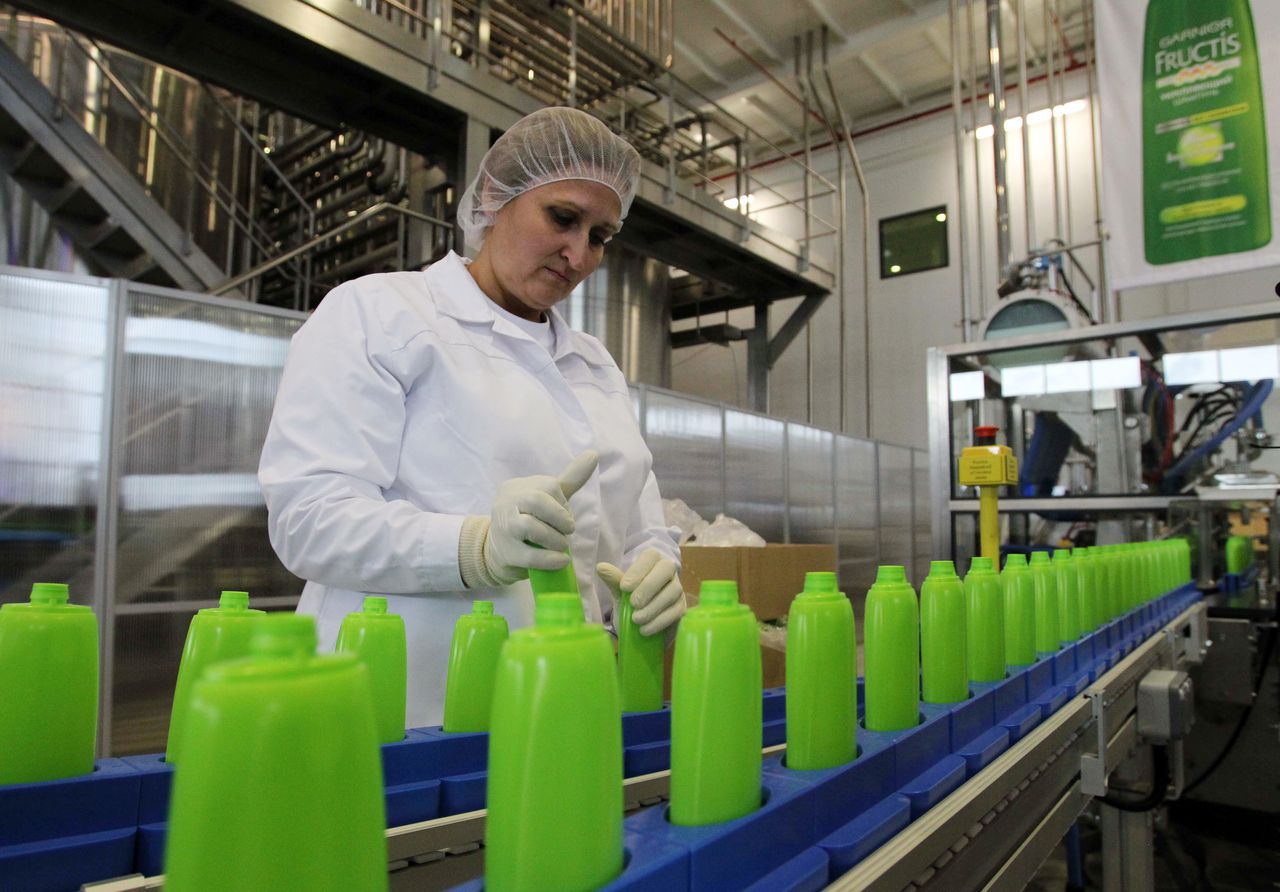