The Trump administration, during its last days in power, fired another shot in its war on regulations and science-based policies, rewriting the rules on the use of scientific research at EPA.

The agency today announced its final Strengthening Transparency in Regulatory Science action, which critics say aims to weaken future air pollution and water regulations by limiting the use of research that relies on medical records or other private data.

It’s a long-standing Republican idea that the Trump EPA has worked on for years, even in the face of overwhelming criticism from public health and environmental experts.

EPA Administrator Andrew Wheeler has continually hyped the rule as a way to “prioritize transparency” and “increase opportunities” for public involvement.

“Why would anyone want our decisions to be made in secret?” Wheeler said this morning at a virtual event hosted by the Competitive Enterprise Institute, a free-market think tank.

“This empowers the American people to demand future transparency from this agency going forward,” Wheeler said about the new rule.

Wheeler said he signed the transparency rule last Wednesday and that it will be published tomorrow in the Federal Register.

As with other recent actions, EPA claimed “good cause” for the rule to take effect immediately, potentially opening it up to additional legal challenges.

‘Listened to the concerns’

The announcement today comes as the agency seeks to rush several rules in the eleventh hour of the Trump administration. Other notable recent actions include air quality standards on ozone and soot, a cost-benefit analysis rewrite for air regulations and a rule on greenhouse gas emissions from airplanes.

The transparency rule has proved to be among the agency’s most controversial, in part because it would affect public health protections as the COVID-19 pandemic continues. Had the rule already applied to the Food and Drug Administration, the coronavirus vaccines would never have been approved, former EPA attorney Kevin Minoli has argued.

The final EPA rule requires the agency to give more weight to studies for which the underlying “dose-response” data is publicly available. Dose-response is essentially the amount of a pollutant’s negative impact on public health.

Although the rule doesn’t force EPA to outright ban the use of nonpublic scientific research, it requires the agency to give those studies “lesser consideration.”

“We listened to the concerns people had,” Wheeler said, adding, “There is no study that will automatically be cut out from review going forward.”

In effect, however, the rule aims to restrict research that relies on medical records or other data that cannot be made public due to privacy laws.

Critics said the final text sets up a vague and complicated process for the incoming Biden administration, which is expected to repeal it or refuse to defend it in the face of numerous expected legal challenges.

The Biden transition team would not address this specific rule but said last week that it plans to issue a memo to “freeze” a bevy of Trump actions.

The rule also gives the EPA administrator discretion “in the event there is a pivotal study that is really fundamental to a regulation,” Wheeler said. Critics see political meddling.

“At best, it’s going to be confusing,” said Chris Frey, a professor at North Carolina State University who was a member of the EPA science advisory board. “The fact that these studies don’t provide data for recalculation — how would that work in a regulatory framework? That kind of vague language seems to key up endless lawsuits.”

In another change, the final rule does not apply retroactively. However, it would apply to EPA actions like the national air quality standards for soot, which are updated every five years.

An onslaught of criticism from public health and scientific organizations has abounded since Wheeler announced the final rule last night in a Wall Street Journal op-ed.

Betsy Southerland, a former longtime EPA official who resigned to protest the administration’s actions at the agency, said the rule achieves “the goal of climate deniers and industry polluters.”

Harold Wimmer, national president of the American Lung Association, said thousands of lives are saved each year because “EPA has been able to use the best science to set air pollution standards.”

Over the summer, doctors took time out of treating patients with COVID-19 to publicly urge EPA to abandon its effort. In a virtual video event, Lisa Patel, a doctor at Stanford Children’s Health, said EPA “would create its own public health crisis with this rule” (Greenwire, April 15, 2020).

The Environmental Defense Fund issued a press release calling the rule “a nasty parting shot from an administration that has undermined science and jeopardized our foundational environmental and public health protections from its beginning.”

The group called on the Biden team to add the issue to its “long and growing list of bad policy decisions” from the Trump era. And the Union of Concerned Scientists has already said it’s ready to sue.

On Capitol Hill, Sen. Tom Carper (D-Del.), ranking member of the Senate Environment and Public Works Committee, has consistently voiced opposition to the effort, and his staff has said Congress could possibly use the Congressional Review Act to quickly kill the rule. The law allows lawmakers and the White House to ax rules that have been finalized within 60 congressional days.

But today, Wheeler claimed the transparency rule is exempt from the Congressional Review Act because it is an internal procedure that relies on the housekeeping statute. At the same time, Wheeler has said the rule gives the public a new avenue to challenge agency decisions. Critics said he can’t have it both ways.

“So much for this Trump @EPA Censored Science rule being just a matter of internal agency procedure, not affecting the rights or obligations of 3rd parties,” tweeted Natural Resources Defense Council air and climate advocate John Walke. “@EPAAWheeler can’t help revealing dirty little secret behind its act of sabotage against the incoming Biden Administration.”

Rep. Frank Lucas (R-Okla.), ranking member of the House Science, Space and Technology Committee, said, “Transparency is essential to the scientific process and the foundation of public trust in policy decisions. This final rule allows for underlying data to be securely validated and evaluated by subject matter experts.”

Sen. Sheldon Whitehouse (D-R.I.) said, “This scheme is corrupt, crooked and cynical. Its purpose is to eliminate public health science by threatening disclosure of private health information. It’s a page ripped straight from the science denial playbook of the tobacco and lead paint industries. If capable of shame, the polluter toadies leading Trump’s EPA should be ashamed.”

Gretchen Goldman, a scientist at UCS, said the rule places a “tremendous burden” on researchers, “who now must go to great lengths to pass their data, methods, models, details to anyone who asks for it, after running the gantlet of peer review, if they want their work to inform EPA.”

Yet many proponents of the rule might be disappointed that it does not go far enough, said Myron Ebell, director of energy and environment issues at the Competitive Enterprise Institute. But he called it an important incremental step.

Many recent epidemiological studies are arguably transparent even under this final rule, said Frey, the North Carolina State professor. A recent Harvard University study, for instance, has a sample size of more than 60 million people — much bigger than the Six Cities study.

He explained that the scientific community has been grappling with the issue of transparency and reproducibility for years. But this rule, he asserted, does not accomplish anything.

“It’s not going to help or improve scientific rigor,” Frey said. “The bottom line is, EPA didn’t do any analysis, so this is just arm-waving.”

Wed Jan 6 , 2021
Red-winged Blackbird singing at dawn. Photo: Paul Sparks/Alamy When I was in the midst of a thorny career transition and in the process of auditioning hobbies, I assumed my curiosity about birds was a transitory flirtation. But then I saw the Red-winged Blackbird. The fiery vermillion patches on the bird’s […] 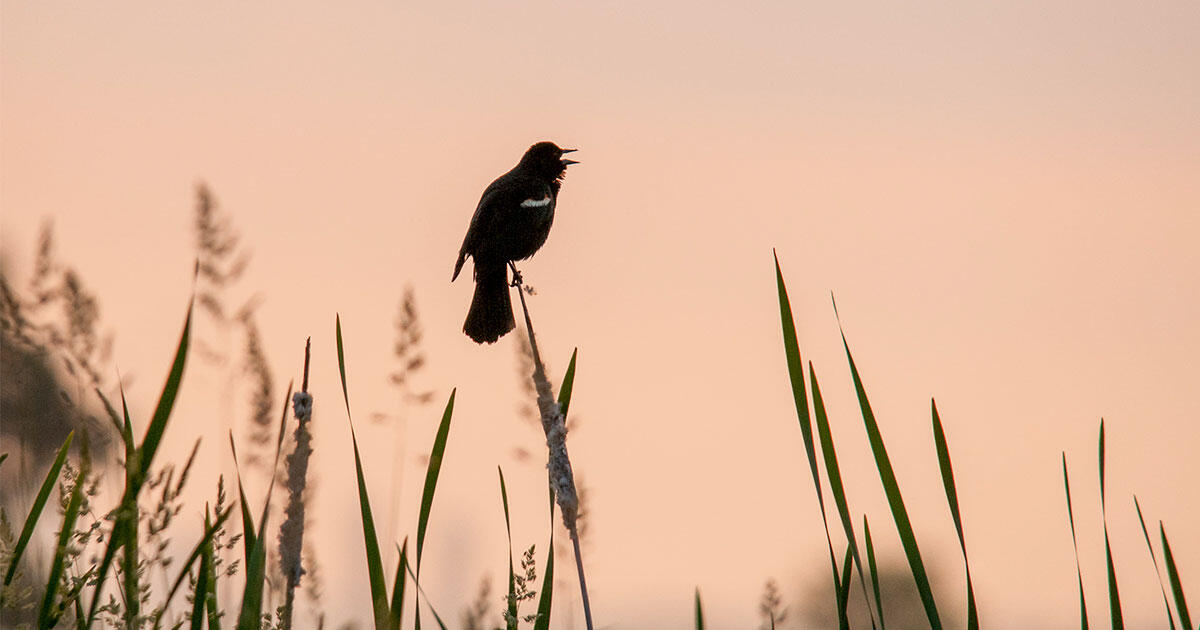