In October of 2020, showrunners announced that Tim Allen’s Last Man Standing would be airing its final season, ending the show’s nine-year run on FOX. During the show’s final season, creators plan to bring back some of the show’s regulars — one of which was Jen (Krista Marie Yu), a foreign exchange student who moved in with the Baxters during Season 7.

So, what exactly happened to Jen on ‘Last Man Standing’?

Although Jen was still living with the Baxters after graduating high school at the end of last season, Season 9 reflects a three-year time jump that lands the family in late 2023. As the season unfolds, viewers later learn that, during the COVID-19 pandemic, Jen returned home to Hong Kong, but now that it is safe to travel, she’s coming back to Colorado for an extended visit with her former foreign exchange family.

On the latest episode of Last Man Standing, Jen’s impending trip, which turns out to be a surprise for Vanessa (Nancy Travis), is revealed and it is a secret that is not well kept. In an interview with TV Line, showrunner Kevin Abbott explained, “She went back to Hong Kong, and she comes back when it’s safe to travel again. It’s an interesting story … Things were happening in Hong Kong [during the pandemic], so it deals with that a little bit.”

It was announced that Jen, played by actress Krista Marie Yu, would be cast as a recurring character in 2018. The following year, Krista was promoted as a series regular.

What happens in the ninth and final season of ‘Last Man Standing’?

In previous interviews, creators said that they plan for the show’s final season to dive deep into how the pandemic has affected each member of the Baxter family. While Vanessa is living her best life as an education czar for a local assemblywoman, Ryan (Jordan Masterson), whose weed business becomes extremely lucrative during quarantine, is having a much different experience than his sister Kristin (Amanda Fuller), whose business is failing miserably.

Kevin explained, “Ryan is one of the winners of the pandemic. The pot shop took off during the pandemic. People need their weed when they’re all stressed out. We see whether or not Ryan is going to become a corporate guy. He starts to become [more of] a capitalist, and we see how he deals with this challenge to his principles.”

He continued, “Kristin, who runs the Outdoor Man Grill, is one of the losers in the pandemic. Restaurants did not do well, so there becomes this crisis: Do they close the grill down or not? And how does Mike, as a father, deal with an area of the store that is underperforming when the person in charge of that is his daughter?”

You can catch new episodes of Last Man Standing Thursdays at 9:30 p.m. ET on FOX.

It's ‘liberating’ to let the ‘science speak’ without fear of repercussions

Fri Jan 22 , 2021
At a White House press conference Thursday, Dr. Anthony Fauci made several remarks about what it was like working with the Trump administration, saying that his transparency got him “in trouble sometimes.” He said that now, however, it’s “somewhat of a liberating feeling” to base his statements on science without […] 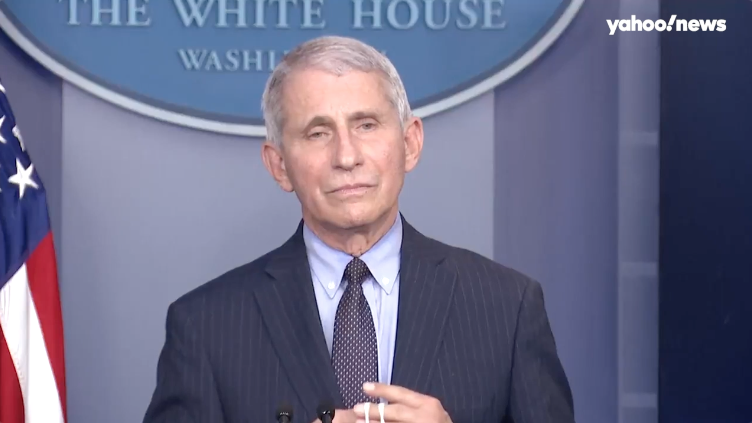