It didn’t come as much of a surprise that Friday’s Centennial League girls wrestling title came down to the final match of the night.

Last year’s crown, after all, was decided by a mere one point with Emporia edging Washburn Rural 157-156.

The two traded punches throughout Friday’s meet, each team answering a big win by the other with one of their own.

Instead of having to sweat out the title, however, Washburn Rural went into the last match knowing it had the title wrapped up. After Jaliah Johnson pinned Emporia’s Kiana Flores-Delgado for the 170-pound title, Rural was in position to close out the team title with Dajia Anderson at 191.

Anderson had split her two matches with Emporia’s Trinity Ervin earlier on the night — Ervin taking a 9-2 win in the first meeting and Anderson coming back to pin Ervin in their second showdown.

In that match, however, Ervin had to be helped from the mat with a knee injury and when their rubber match was called to end the night, Ervin could only watch helplessly on crutches on the side of the mat as Anderson took the injury forfeit to seal Rural’s 169-164 victory.

“We’ll get to see it again,” Rural coach Damon Parker said of the Anderson-Ervin clash that didn’t materialize. “The way I look at it, I’ll always bet on Dajia. Especially in big-time matches, she comes through for us.

“But this was a total team effort. We had some girls that haven’t been on varsity come through for us in a big way. … It was a great performance.”

Indeed, the heroes were numerous for Rural.

There were the expected ones. Johnson, Anderson and 155-pounder Rebekah Smith were returning league champion for the Junior Blues who captured their second straight crowns. Johnson won all three of her matches with pins that came in 40 seconds or less, while Smith pinned Emporia’s Adriana Hernandez twice in their two-person bracket.

And it wasn’t too surprising that Addison Broxterman captured the title in dominating fashion at 120 pounds with two first-period pins — Broxterman coming in ranked No. 2 in Girls Division I.

The title Rural got from senior Ellise Romine, however, was huge. Earlier in the week, Romine was pinned by Emporia’s Caitlin Bolton in a key match in the Spartans’ dual victory over Rural.

When the two had a rematch for the 132-pound title on Friday, Romine was confident.

“I really didn’t give myself the opportunity to lose because I knew I wasn’t any worse than she was or any better — we were pretty equal,” Romine said. “I’ve never won a tournament before and I just felt like this was mine to win. I let myself sink back into the mentality that I’m a winner, I’m tough and I just took coach’s advice and used it to win that match.”

Romine’s earlier meeting with Bolton was back-and-forth before Bolton caught Romine with a hammerlock and pinned the Junior Blue. In Friday’s rematch, Romine came out the aggressor and built a quick 4-0 lead.

But Bolton stormed back and took Romine to her back again to go up 6-4. Romine not only fought off the pin, but caught Bolton out of position and reversed her to her back, getting a huge pin with eight seconds left in the first period.

“On Wednesday, we were all given breakdowns on those matches and what we needed to work on,” Romine said. “I was falling out of my stance and wasn’t powering through off the bottom enough. … She got high enough on me that when I was able to turn back into her, she was off balance and I got her to her back.”

The swing was huge in the final outcome, as were pins from Kaitlyn Morris at 109 of eventual champion Laila Lesher of Junction City and Carmen Alston at 138 that gave her a second-place finish.

It was just enough to edge Emporia, which matched Rural with five league champions.

“Emporia’s not going anywhere,” Parker said. “They’ve done a fantastic job and the difference between them last year and this year, is great. We’re going to do this with them three or four more times this year and if we want to hold them off, we’ve got a lot of work to do.”

Emporia got league titles from Evelin Geronimo (101), Madelynn Griffin (126), Virginia Munoz (138), Hannah Boa (143) and Megan Olson (235). Geronimo and Olson went 2-0 in their two-person brackets with Rural foes, while Griffin and Boa won head-to-head matches with Rural in their final matches. Griffin took a 9-0 win over Fredrickson and Boa — a foreign exchange student from Denmark — pinned Clark.

While disappointed that Ervin couldn’t finish the night to give the Spartans a shot at defending the league title, Spartan coach Shawn Russell was plenty pleased with his team’s showing.

Seaman junior Rylee Murray was named the Outstanding Wrestler of the meet after taking the 115-pound title, becoming Seaman’s first girls’ league champion with the program in its first year.

It was quite a feat for Murray, who hadn’t originally planned to go out for wrestling this year, not having competed in the sport since she was little.

“Coaches and girls got me to go out and it just got more exciting as I got into it,” Murray said. “Just try my best was my mindset coming into the year. Now, it’s just I want to win.”

Murray’s bracket was arguably the most competitive weight class at the meet. Murray won her first match with a 9-7 overtime victory over Junction City’s Charley Goodwin, who was named the league newcomer of the year. She then fought past Emporia’s Azia Obregon before capping her 3-0 outing with a pin of Rural’s Kendall Reid.

“I felt I did pretty good just fighting through the tiredness, I was pretty exhausted,” Murray said. “It was very tough. (Goodwin) really wore me out, but I finished strong. It’s super exciting.” 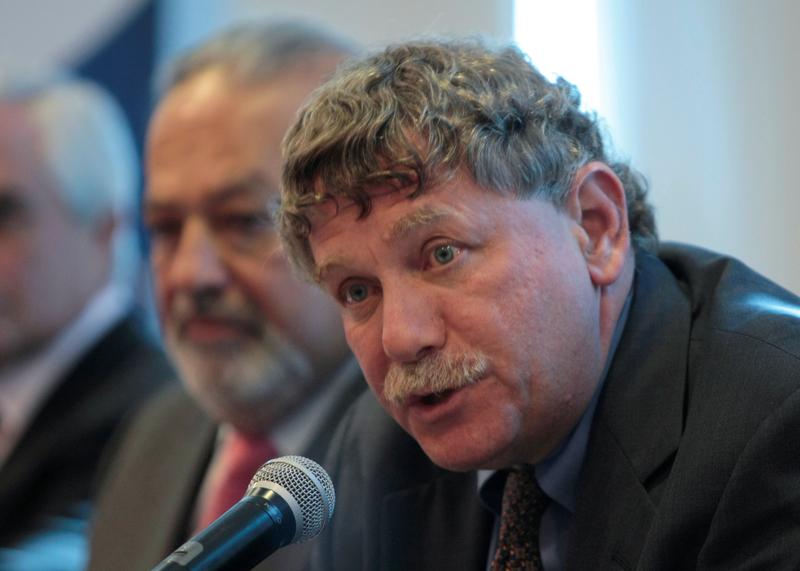