The department’s adopted guidelines, which fill 26 pages, specifically mandate that schools allow students to access “restrooms, locker rooms and changing facilities” that conform to their gender identities. The guidelines also stipulate schools should let students participate in gender-specific programs or activities — such as physical education, overnight field trips and intramural sports — according to their gender identities.

One suit was filed Monday in Lynchburg Circuit Court by the Christian Action Network, a religious advocacy group that campaigned against establishing a mosque at Ground Zero of the 9/11 terrorist attacks and which the Southern Poverty Law Center classifies as a hate group. The second was filed in Richmond City Court on Tuesday by the Family Foundation of Virginia, a nonprofit that lobbies against same-sex marriage and abortion rights, supports conversion therapy for minors, and was originally founded to oppose sex education.

A spokesman for the state Education Department said officials are aware of the suits and “are now reviewing them” but declined to comment further. A spokeswoman for Gov. Ralph Northam (D), however, did not hold back.

“We don’t normally comment on litigation, but this is beyond the pale,” Alena Yarmosky wrote in a statement. “Virginia stands firmly with trans youth and their families, and we are proud to have adopted inclusive policies that ensure the safety and dignity of all children.”

The Virginia policies mirror similar guidelines passed in more than a dozen other states. Research suggests there are roughly 4,000 transgender teenagers in the state, and studies have shown that transgender youths are far more likely than cisgender youths to attempt suicide.

The guidelines mandate that Virginia school districts accept students’ preferred gender pronouns and identities “without any substantiating evidence.” Teachers must use students’ selected pronouns, and schools must maintain records — including items such as ID cards — that accurately reflect students’ gender identification. Moreover, schools must develop dress codes that do not place “limits on gender expression” and must remove requirements for “gender-specific” attire at school events.

The suit filed by the Family Foundation alleges the state Education Department violated Virginia law in failing to adequately respond to public feedback as it was developing the guidelines — and especially to feedback that raised legal concerns about the guidelines. The suit asks the court to immediately halt implementation of the guidelines, and to send them back to the department for revision.

At a news conference filmed and published to Facebook on Tuesday, foundation president Victoria Cobb responded to a question asking about her specific concerns with the guidelines by noting, “The policy clearly allows for a student in all functionality of the school to exist in a way that is opposite of their biological gender.”

Jim Davids, chief counsel for the Founding Freedoms Law Center — the foundation’s legal arm — said the state guidelines infringe on families’ constitutional rights. He asserted that most teenagers revert to their biological gender post-adolescence, a view that has been roundly debunked by years of research, and said the guidelines amount to a historical mistake on the level of the United States’ internment of Japanese Americans during World War II or its infamous Tuskegee syphilis study.

The Christian Action Network’s lawsuit claims that Virginia’s guidelines contain “procedural, legal and constitutional errors,” according to the group’s president Martin Mawyer. He said in a news release that the guidelines also show “contempt and disdain for parental rights, traditional values, and the religious teachings of all major religions.”

The suits drew strong condemnation from some LGBTQ advocates in Virginia. Fairfax County Public Schools Pride said in a statement that its members are “shocked and saddened.” Karl Frisch, an openly LGBTQ member of the Fairfax School Board, said the state’s guidelines for transgender students are necessary to create “a caring and inclusive culture” in Virginia schools.

“These lawsuits are little more than a mean-spirited attempt to turn the clock back on equality in Virginia,” he said. “Our students deserve better than bigotry and hate.”

Sun Apr 4 , 2021
Teaching middle schoolers can be quite a challenge. They are right at the angsty age where they are really finding out who they will become in the next few years before heading off to high school. Those in seventh and eighth grade are often more self-aware than elementary school students, […] 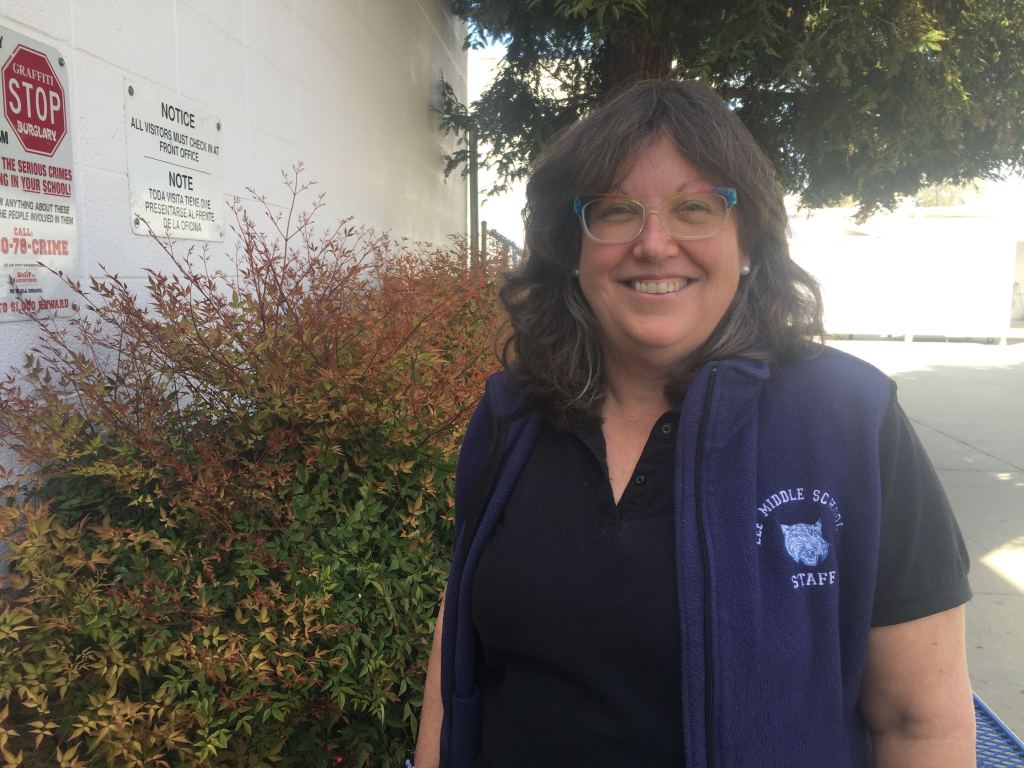