SAN JOSE — Most of the men gunned down at the VTA rail yard worked the most dangerous jobs in the business — handling high voltage wires from high in their bucket trucks, sometimes in the rain and freezing cold, as speeding trains raced by.

It was the kind of work, in the kind of conditions, that built a strong bond among the crew as they gathered to receive their daily assignments just after sunrise in the maintenance building. They wore thick blue cotton uniforms to protect themselves from arc flash, a high voltage shock that could melt the skin.

Nothing could protect them from the danger among them on Wednesday morning.

One of their own — a coworker some considered odd and authorities called “highly disgruntled” — unleashed the deadliest mass shooting in Bay Area history, spraying a barrage of bullets from three handguns as he made his way from one building to another. He killed himself, authorities say, when police arrived.

At an emotional news conference Thursday morning at Valley Transportation Authority headquarters in San Jose, the transit agency’s board members and executives and City Council members struggled to maintain their composure. Several choked up when they spoke and wiped away tears.

“Some of us got training on what to do when there is an active shooter event,” VTA general counsel Evelynn Tran said, “but not about the aftermath.”

To honor each victim, she recited their first names one by one: Abdolvahab, Adrian, Alex, Jose, Lars, Michael, Paul, Taptej and Timothy. Their photos graced a poster board up front.

No one uttered the name of the shooter. No one would say why Samuel Cassidy, a 57-year-old VTA maintenance worker, was so angry or whether he had threatened anyone before.

The nine men he gunned down during a still-unexplained rampage ranged in age from 29 to 63. Michael Rudometkin was an avid motorcyclist. Alex Fritch built a tiki bar in his backyard for cocktail parties. Lars Lane had such a strong work ethic that his bosses had to discourage him from overdoing it. Taptej Singh liked to organize camping trips for his coworkers. Abdolvahab Alaghmandan was described by his son as “a gentle soul.”

Singh, and perhaps others, helped coworkers hide that tragic morning before being killed themselves.

They left wives and children, friends and relatives, and a sense of overwhelming grief among their loved ones.

“It hasn’t totally set in. You don’t know how to feel,” said San Jose City Councilman Raul Peralez, whose childhood friend, Michael Rudometkin, died in the massacre. “I’ve gone through crying uncontrollably this morning, waking up and looking at photos, then having good memories, and then I start laughing. I’ve been all over the place.”

During the news conference, George Sandoval, the maintenance manager, and Naunihal Singh, a superintendent in operations, shared their turmoil and remembered the men who kept the electric trains running. Sandoval was on vacation in Carmel when he got the shocking call. Singh was still at home. They wanted to rush to the rail yard, but everything was locked down. Their voices shook Thursday when they spoke.

“Many of these folks worked here for 20, 30 years,” said Sandoval, who lost his own wife, Maureen, a year ago. “Our staff responds to emergencies on the rail, and there’s a bond that occurs. You really do become a family.”

The first six who were killed were in the “power department” of Building B. They were all working the morning shift, from 6 a.m. to 2:30 p.m., which started with a meeting before heading into the field to perform maintenance and inspections. Their jobs required a special combination of skills — both electrical and mechanical — that are needed to run the trains connected to overhead power lines. The loss of their lives is tremendous, Sandoval said. Their skills will be difficult to replace.

Alaghmandan, 63, called Abdi by his friends, immigrated from Iran in 1995 and was “a wonderful man,” Sandoval said, “always willing to take on any task, trying to improve the system, training new people.”

Jose Hernandez III, a 35-year-old substation maintainer, was “very smart, very mechanical” and part of a family tradition working at the VTA, joining his father and uncle who were senior track workers.

Timothy Romo, 49, was an overhead line worker and shift foreman who made assignments and coordinated the crew’s work. His loss, Sandoval said, “is just huge.”

Fritch, also 49 and a substation manager, was the tiki bar enthusiast. He leaves behind a wife and three children.

“He was the life of the party. Always there with a friendly quip, a kind word, or to make a funny face when you’re taking a selfie,” Kevin Crossman wrote on his blog about tiki bars and Mai Tais.

Lane, at 63 one of the oldest to die, was unstoppable. He worked at the VTA for 20 years, doing heavy repairs on the overhead system. “He had a true commitment, even when clearly he was tired, we’d literally have to tell him, it’s time for you to go home,” Sandoval said. “He wanted to be there until things were resolved. That was his nature.”

Rudometkin, 40, the childhood friend of the city councilman, was also an overhead line worker and was working on improving the apprenticeship program to better train new recruits.

Where exactly the first six men were gunned down remains unclear. Authorities said Thursday that the large crime scene involves five distinct areas, including Building B where Cassidy started the rampage and Building A where he ended it after shooting at least two more men before killing himself when police arrived.

Adrian Balleza and Taptejdeep Singh, both light rail operators, and Paul Megia, their supervisor, worked in Building A.

Naunihal Singh, the transportation superintendent for light rail operations who spoke at the news conference, called the men “a safety valve for each other. They helped each other out.”

Singh shared an office with Megia, 42, who started as a bus operator trainee in 2002 and worked his way up to a supervisor role.

“He had a calming effect on the office,” Singh said. “I’ve never seen him get mad.”

Same thing with Balleza, he said, who was 29, married with a young son and had worked at the VTA for seven years. Singh was eyeing him for a promotion, calling him  “kind-hearted” and “a gem of a guy.”

“He was one of the guys who comes up to me and talks about ideas of improving employee morale,” Singh said. During the pandemic, when they built an extended outdoor dining area, “Adrian came up and said, ‘Would it be OK if we brought some plants?’ ”

Taptejdeep Singh, 36, married and a father of two toddlers, arranged camping trips as well as motorcycle rides with coworkers. When the shooting started, those who escaped told Singh’s family that he had helped them hide. Singh was killed in a stairwell.

The loss is overwhelming, his boss said.

Thu Jun 3 , 2021
DEARBORN, MI — A June 8 deadline has been set for Dearborn Public Schools students transferring to the district’s virtual K-12 school. The virtual K-12 school will offer students an online-only education for the next school year and for the years to come as long as there is enough interest […] 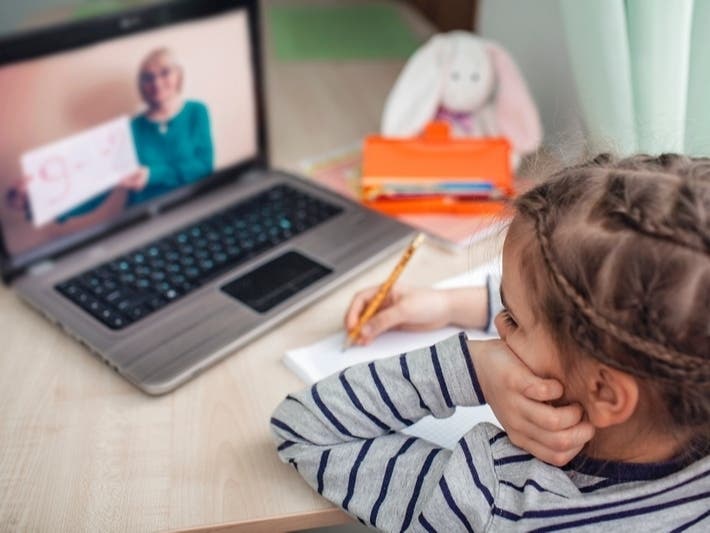