New analysis and economic research seeks answers for why all six presidents who presided over the fastest periods of U.S. job growth were Democrats, while recent Republicans including both Bushes and Donald Trump saw the least expansion. A New York Times analysis released Tuesday, which draws from vast research, asks the question, “Why has the U.S. economy fared so much better under Democratic presidents than Republicans?” The authors noted that GOP presidents in the past several decades have run up larger deficits than Democrats and party control of Congress has shown minimal impact on growth.

Some economists remain unsure about pinpointing exact factors. But the analysis concludes that Democrats have been more pragmatic and “more willing to heed economic and historical lessons” about strengthening economies, while Republicans have clung to “magical” tax cut and deregulation theories in times of crisis.

If the U.S. economy had grown at the increased rate seen under Democrats since 1933, the average income of Americans would be more than double its current level, the analysis found. The data analyzed may also be overly kind to Republicans because it excludes the years of Great Depression that occurred under Republican President Herbert Hoover.

As Newsweek previously reported, U.S. counties won by Biden in the 2020 election make up a 70 percent majority of all U.S. economic output. Trump counties composed just 29 percent of output and included only six of the country’s top 100 most powerful local economy centers.

The Times analysis, put together by David Leonhardt and Yaryna Serkez, highlights President Franklin D. Roosevelt for championing experimental policies to pull the country out of the Great Depression, including the ideas of John Maynard Keynes. During an economic downturn, when U.S. companies are “caught in a vicious cycle of spending reductions,” the government should step in to help, the authors say.

Some Republican presidents and self-proclaimed conservatives, including Richard Nixon and Dwight Eisenhower, were “nonetheless comfortable using government to help the economy,” the analysis found.

Michael Strain, an economist at the American Enterprise Institute, a conservative think tank, told the Times that he believes most Democrats simply benefited from coincidental good timing. But he noted, “It is certainly a defensible posture that in periods of economic distress Democrats are more concerned about jobs than Republicans.”

“The gap also exists if you assume that a president’s policies affect the economy with a lag and don’t start his economic clock until months after he takes office. Virtually any reasonable look at the data shows a big Democratic advantage,” the Times analysts wrote.

The end of Trump’s lone term in the White House made him the first president since Hoover to preside over a decline in U.S. employment, which the analysis blamed overwhelmingly on his “repeated downplaying” of the coronavirus pandemic.

Wed Feb 3 , 2021
On Wednesday, lawmakers will have some tough questions for Miguel Cardona, President Biden’s nominee to be the next U.S. education secretary. The Connecticut educator will no doubt have to navigate the choppy policy waters of school choice, how to close opportunity gaps and, most critically, how he would help schools […] 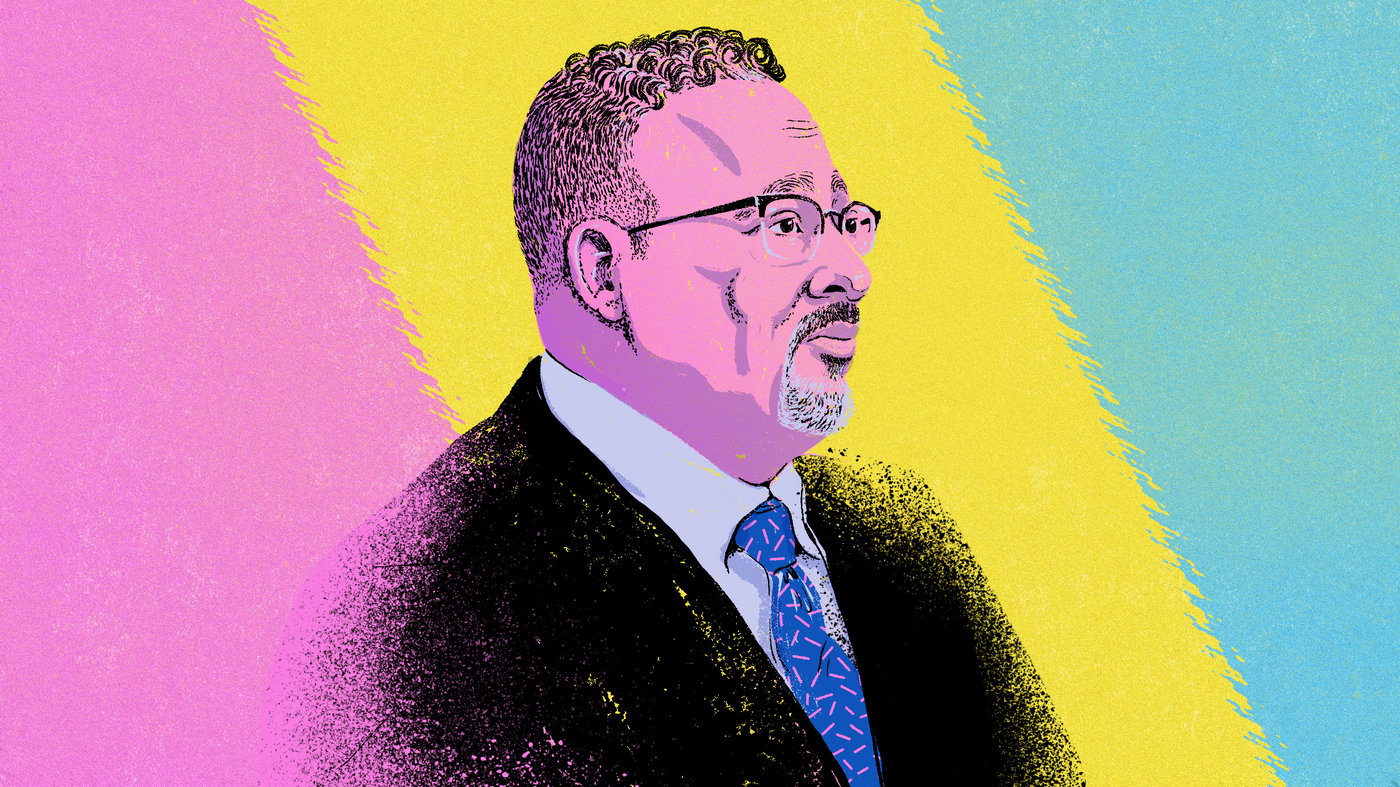