In an 11th-hour White House report, the administration that coined the term “alternative facts” says it’s academics who have hijacked the truth about U.S. history.

Historians, in turn, generally agree that the report — released by the Presidential Advisory 1776 Commission — is garbage. The document lacks citations, fails to mention Native Americans entirely, traffics heavily in American “values” at the expense of objective truths and bemoans the “radicalization of American politics” from the 1960s onward.

Less clear to historians is how much of an impact the report will have on already divided and fact-challenged culture.

David Blight, Sterling Professor of American History at Yale University, said that academic historians, “even those with conservative instincts, will discredit this report whenever asked. We value research, facts, evidence, and then interpretation and debate above ideology. At least most of us do.”

Beyond academe, Blight said he was hopeful that the report “will have very little lasting power.” But even as President Trump is about to leave office, he said, “Trumpism is not going away,” and the report gives his supporters a “documentary calling card” in form of an official White House publication.

Ultimately, he said, the report’s real-world impact depends on “what Fox News and other right-wing media does with it. It is cleaned-up Trumpist lies put out for public use.”

Lindsay Stallones Marshall, Chancellor’s Postdoctoral Fellow in American Indian Studies at the University of Illinois at Urbana-Champaign, said she didn’t expect the incoming Biden administration to continue the commission or heed its work in any way. Yet the “credence” that the Trump administration lent to such “radical, anti-intellectual views of U.S. history education will support efforts to instill this sort of propaganda in the guise of history education reform.”

Trump, who has attacked The New York Times’ “1619 Project” for highlighting the role of slavery in U.S. history, started talking about the need for “patriotic education” in September. He formally created the Presidential Advisory 1776 Committee by executive order in November, to counter a “radicalized view of American history” that “lacks perspective, obscures virtues, twists motives, ignores or distorts facts, and magnifies flaws, resulting in the truth being concealed and history disfigured.”

“The 1776 Committee was formed to advise the president about the core principles of the American founding and how to protect those principles by promoting patriotic education,” Spalding, who took a leave of absence from Hillsdale for the role, said at the time. “The path to a renewed and confident national unity is through a rediscovery of our shared identity rooted in those principles. It is an honor to be entrusted to direct the commission.”

The commission — which included not a single professional historian — was to have up to one year to complete the report. But it released its report over the Martin Luther King Jr. Day weekend, months early.

It’s unclear if the release was timed to the holiday or if the report was simply pushed through before Trump left office this week. King’s “I Have a Dream” speech looms large in the report, but some of his other public statements are included, devoid of context, in support of the commission’s view that “identity politics divides Americans by placing them perpetually in conflict with each other.”

The report says that during the latter 1960s, many Americans rejected King’s ideas on civil rights and “reframed debates about equality in terms of racial and sexual identities.” The civil rights movement came to “abandon the nondiscrimination and equal opportunity of colorblind civil rights in favor of ‘group rights’ and preferential treatment,” the commission wrote.

“A radical women’s liberation movement reimagined America as a patriarchal system, asserting that every woman is a victim of oppression by men,” and the Black Power and Black nationalist movements “reimagined America as a white supremacist regime.” Meanwhile, the commission said, “other activists constructed artificial groupings to further divide Americans by race, creating new categories like ‘Asian American’ and ‘Hispanic’ to teach Americans to think of themselves in terms of group identities and to rouse various groups into politically cohesive bodies.”

Higher education is largely to blame, according to the commission.

“Colleges peddle resentment and contempt for American principles and history alike, in the process weakening attachment to our shared heritage,” it wrote. In order to build up a “healthy, united citizenry, scholars, students, and all Americans must reject false and fashionable ideologies that obscure facts, ignore historical context, and tell America’s story solely as one of oppression and victimhood rather than one of imperfection but also unprecedented achievement toward freedom, happiness, and fairness for all.”

Echoing former education secretary Betsy DeVos’s comments about education as political indoctrination, the report says “historical revisionism that tramples honest scholarship and historical truth, shames Americans by highlighting only the sins of their ancestors, and teaches claims of systemic racism that can only be eliminated by more discrimination, is an ideology intended to manipulate opinions more than educate minds.” Indeed, the commission says that “deliberately destructive scholarship” is the “intellectual force behind so much of the violence in our cities, suppression of free speech in our universities, and defamation of our treasured national statues and symbols.”

While the report may read as distinctly Trumpian, Marshall said the commission and its work thus far are part of a “long history of attempts to enforce quote-unquote patriotic education.”

History educators, from kindergarten to college, need to understand these efforts to identify their impact on classroom teaching, Marshall said. Places where these efforts are likely to have the greatest impact include local school boards, state textbook adoption committees and state content standards, she added.

At the same time, history instructors “should reach across departmental barriers and work together to ensure that teachers have the freedom to teach critical historical thinking in schools,” Marshall said. And given the 1776 Report’s “white nationalist framing,” she continued, “we need to ensure that scholars of color lead this work. Failing to do so has been one of the main reasons why efforts like the [commission] have continued to enjoy support for well over a century.”

Jim Grossman, executive director of the American Historical Association, said the report is “just one more example of this administration drawing on historical issues to further divide the American people, ironically in the name of unity. This is not a serious work of history, and there are no professional historians of the U.S. on the commission.”

“Nobody is going to learn anything from this given all of the inaccuracies and meaningful silences in this document,” Grossman said. Does it matter? “Only in that it provides a fig leaf of legitimacy to school boards or state officials who want to incorporate this propaganda into the curriculum.”

As one example, Grossman cited Governor Kristi Noem of South Dakota’s recent proposal to teach students “why the U.S. is the most special nation in the history of the world.” Grossman said he was struck by Noem’s description of U.S. history as starting at the founding, which would mean excluding the origins of slavery in the U.S. and the long history of Indigenous peoples.

Regarding the commission’s report, Grossman noted that Christianity gets twice as many references in the report as racism, and supremacy is mentioned only in relation to Nazis and “Aryan supremacy.”

Bigger picture, Grossman asked a how a nation heals — as the commission apparently wants it to do — when it “refuses to identify and understand the pathologies that caused the ruptures? We cannot come together as a nation, the stated goal of this report, if we don’t come to grips with the implications of a history of continued racism and the deep commitment of millions of Americans to institutions and symbols associated with white supremacy.”

Jeff Ostler, Beekman Professor of Northwest and Pacific History at the University of Oregon, who has criticized the report’s omission of Native American history, said he didn’t know what the commission’s influence will be, if any. Like Marshall, he said that calls for patriotic history and criticisms of “leftist” or “revisionist” history aren’t new. In any case, he said, his own students appear “more interested in getting a more accurate account of U.S. history and are more likely to express a sense of anger upon realizing that they haven’t been taught basic things about U.S. history,” including Indigenous history.

Beyond its message, Courtney Thompson, an assistant professor of history at Mississippi State University who studies U.S. women’s history and the history of science and medicine, has raised serious concerns about plagiarism within the document. On Twitter, Thompson described putting the commission’s report through Turnitin’s anti-plagiarism software, to find that some of it appeared to originate from somewhere else. That doesn’t necessarily mean that a document was plagiarized, she said, as copying quotes from elsewhere is fine — with proper citations. In the case of the report, however, she said, some of the content appears to have been borrowed by the authors from pieces they’d written and published elsewhere, without clear attribution.

“It seems that they were recycling their own material,” Thompson wrote. “I believe we can call this self-plagiarism. Now, as I tell my students, self-plagiarism is still plagiarism! It is different in kind but it still requires citation.”

The typically subdued Association of University Presses spoke out against the report, saying it is “plagued by procedural deficiencies that would render it unpublishable as a serious work of scholarship.” The report omits citations and credits for borrowed content, “and was produced without sufficient time for adequate peer review.”

The association also said the “hurried release of this report in the waning days of an administration, and on a day marked to honor the life and work of Martin Luther King, Jr., someone who grappled deeply with the failures and promises of the American project, simply underscores a process designed to produce propaganda, not truth or reckoning.”

Via a Hillsdale spokesperson, Spalding said that he and other commissioners “contributed our own work and writing, under our own names, to the 1776 Report, which was an advisory report to the president.”

Scientists take a step closer to growing wood in a lab

Thu Jan 21 , 2021
While lab-grown meat shows promise for sparing animals from slaughter, wood still comes entirely from trees that are cut down. That may not always be the case, though, as scientists are now working on growing it in a lab, too. Led by PhD student Ashley Beckwith, researchers at MIT started […] 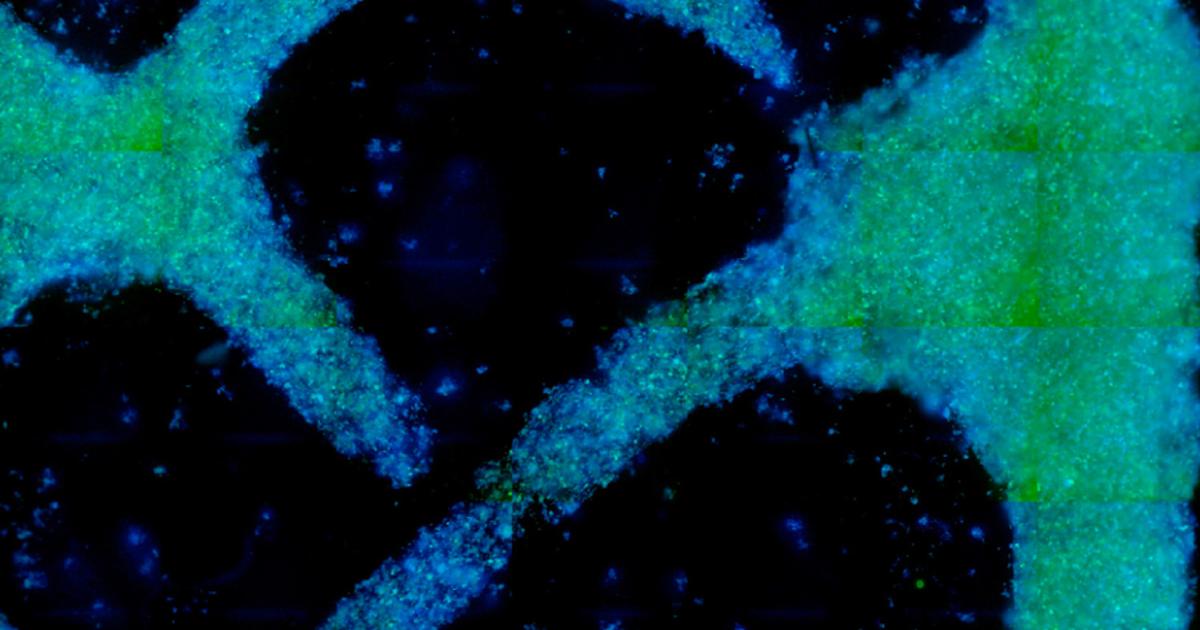