The U.S. jobs market could also use a shot in the arm, just like the millions of Americans getting potentially life-saving vaccines against the coronavirus.

The economy lost jobs in December for the first time since the onset of the pandemic and employment could fall again in January when the Labor Department reports next Friday. The Wall Street consensus points to a meager 55,000 increase, but plenty of forecasters think a second straight decline is in the cards.

If that’s the case, job losses are likely to be concentrated again in leisure and hospitality. That is, restaurants, bars, theaters, amusement parks and hotels.

Employment sank by almost 500,000 last month in that part of the economy, the biggest drop since last April.

Read: Consumer spending slumps at the end of 2020 and bogs down economic recovery

The good news? Most companies are actually doing pretty well and the weakness may not last for long. Employment actually rose in most parts of the economy in December.

“The rest of the economy is looking OK,” said chief economist Gus Faucher of PNC Financial Services. “The economy should pick up as the weather gets better and the vaccine rollout picks up pace.”

Why so? He points to rising restaurant reservations at OpenTable as a sign that the lifting of business restrictions in states such as California, New York and New Jersey allowed more employees in the food-service industry to return to work.

Other business segments such as construction, manufacturing and professional services are also steadily adding jobs.

Manufacturers have largely recovered from the worst of the pandemic, builders are enjoying the biggest housing boom in 14 years and white-collar companies have hardly missed a beat.

With stocks not far from record highs and Wall Street betting on a stronger economic recovery later in the year, is there anything in the January jobs report that might raise alarms?

If job losses spread from leisure and hospitality to other areas, Faucher said, it would be a baleful sign. The bigger the damage to the economy from the latest coronavisus spike, the longer and more drawn-out the recovery.

“If job losses start to spreads to other industries, then I’d be more concerned,” he said.

Even if that’s the case, rising optimism about a strong recovery later in 2021 is sure to keep growing.

The rollout of the nationwide coronavirus vaccination program is speeding up, for one thing, and Washington is stepping up to the plate.

Congress approved nearly $1 billion in fresh aid for the economy in the waning days of the Trump administration and President Biden is pushing for a few trillion dollars in additional stimulus.

“The good news is that both sources of weakness — fiscal policy and COVID — are no longer an issue as we look ahead to [the first quarter] and beyond,” said Aneta Markowska, chief economist at Jefferies LLC.

This Ammonite Was Fossilized Outside Its Shell

Sun Jan 31 , 2021
If anxious humans have nightmares of being naked in public, an anxious ammonite may have dreamed about swimming around without its shell, its soft body exposed to the elements and the leering eyes of predators. For one unfortunate ammonite in the Late Jurassic, this was no dream but a harsh […] 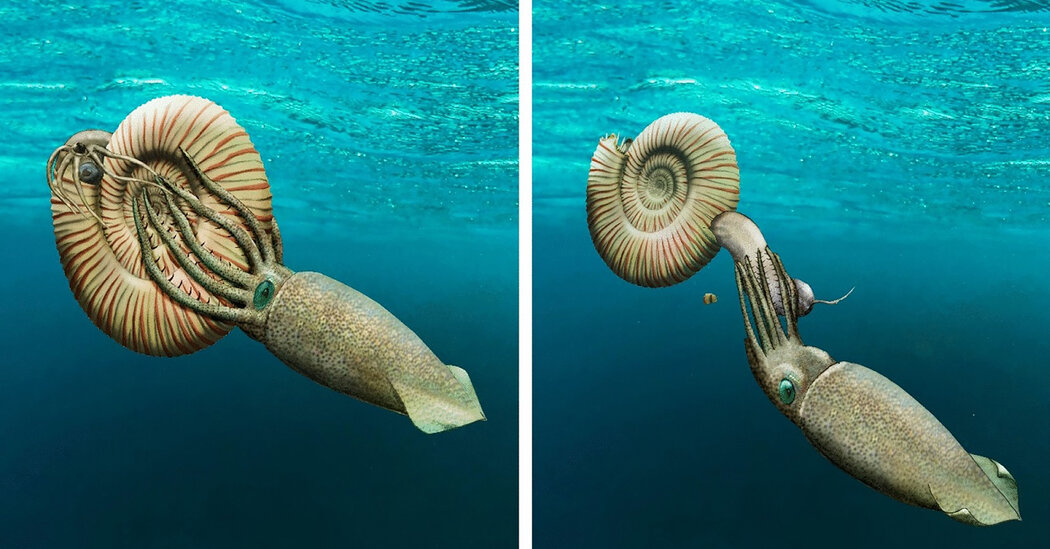