Skip to content
He’s one of 123,300 airline workers out of a job since February. Among air, rail, and ground transport, more than a quarter million jobs have been lost, according to the Bureau of Labor Statistics. And the recovery has been slow.

“There was a struggle because I used all my savings to pay my bills and pay the rent, pay my food and everything,” Palma said of when he was first laid off.

Eulen declined to comment, other than confirming Palma’s previous employment.

The Biden administration is now faced with an industry that is at a standstill. On Thursday, Secretary of Transportation nominee Pete Buttigieg said the department would play a key role in building back the economy.

“The Department of Transportation can play a central role in this, by implementing President Biden’s infrastructure vision creating millions of good-paying jobs,” Buttigieg told legislators in his committee hearing.

In the latest stimulus bill passed by Congress during the Trump administration, $15 billion in payroll protection was allocated for US-based airlines with the caveat that 32,000 airline employees are brought back to work by the end of March. But as a contractor for American Airlines, Palma was not re-hired.

Since then, he lost his apartment because he can’t afford the $1,125 monthly rent. He survives off food stamps and receives $275 a week in unemployment, which is just enough to cover the rent for a room in a house. He says he’s counting every penny and shops in the expired food isle at the grocery store.

“That’s the only way I can eat. It’s cheaper, is almost half the price, sometimes more than that,” said Palma, who immigrated from Nicaragua 30 years ago. “I keep it for the longest I can keep it so I can wait for my next check for the food stamps.”

Palma has no car, which makes getting food and looking for work harder.

“I can’t even go it to the food banks because I have no car. Every time I’d go looking for a job, I’ll have to walk so many miles,” said Palma. “Sometimes I can’t even use public transportation. I need the money. I need every penny I can save.”

And the bills keep coming. Palma has asthma and a heart condition which left him with a $12,000 hospital bill. His current medication runs him about $300 a month, and he has student loans — putting him almost $20,000 in debt.

“It’s too much money and it’s hard for me. It’s going to take me years to get rid of the bill — years,” he said.

Just this week, Palma received a letter from his former employer, Eulen America, inviting him back for an interview in a new position. However, the letter states the position is “part time and hours are not guaranteed.”

For 21 years, Gerson Fernandes has driven a New York City yellow cab. He owns a taxi medallion, or a small plate with an identification number affixed to the hood of his cab, which allows him to operate as in independent business and driver. He bought his in 2003 for $245,000, and is still paying it off monthly. But since the pandemic began he cannot afford the $3,000-a-month payment.

Even before Covid-19 swept the world, traditional taxi drivers were struggling in New York City. At one point the price of taxi medallions topped over $1 million, but that collapsed as drivers for ridehailing services like Uber and Lyft flooded the market. In 2018, nine taxi drivers, faced with the debt they had taken on just to afford a medallion, committed suicide.

And then the pandemic hit.

“We’ve lost a lot of customers,” said Fernandes, originally from Bombay, India. “I feel sad that such a robust industry has been spoiled or really like gone to the ground and it’s not right.”

The yellow cab is synonymous with New York City. Fernandes used to work 12-hour shifts picking up dozens of customers. Today, he says he is lucky to get four or five. He spends his 8-hour shifts waiting for customers at LaGuardia airport.

“Those days you could afford to buy a home and pay the mortgages or pay are all the money, but now it’s too bad — it’s difficult to pay,” said Fernandes.

He says he received unemployment benefits under the Pandemic Unemployment Assistance program for several months when New York City shut down, but stopped collecting once he returned to work.

Fernandes says he’s seen a slight uptick in customers since the height of the pandemic, but not enough to make him whole. He is hoping New York City’s Mayor Bill De Blasio will institute a rent forgiveness on his taxi medallion lease. He already owes more than $10,000 — money he does not have.

“I try my best, but like, how much can you try?” said Fernandes. “What can you do? [I have] very limited resources.”

Sat Jan 23 , 2021
COLUMBUS, Ohio — Gov. Mike DeWine is restoring some of the state education money that he said last year would be cut, he announced via an executive order on Friday. Last year, in the early days of the coronavirus crisis, DeWine cut about $776 million from the state’s general operating […] 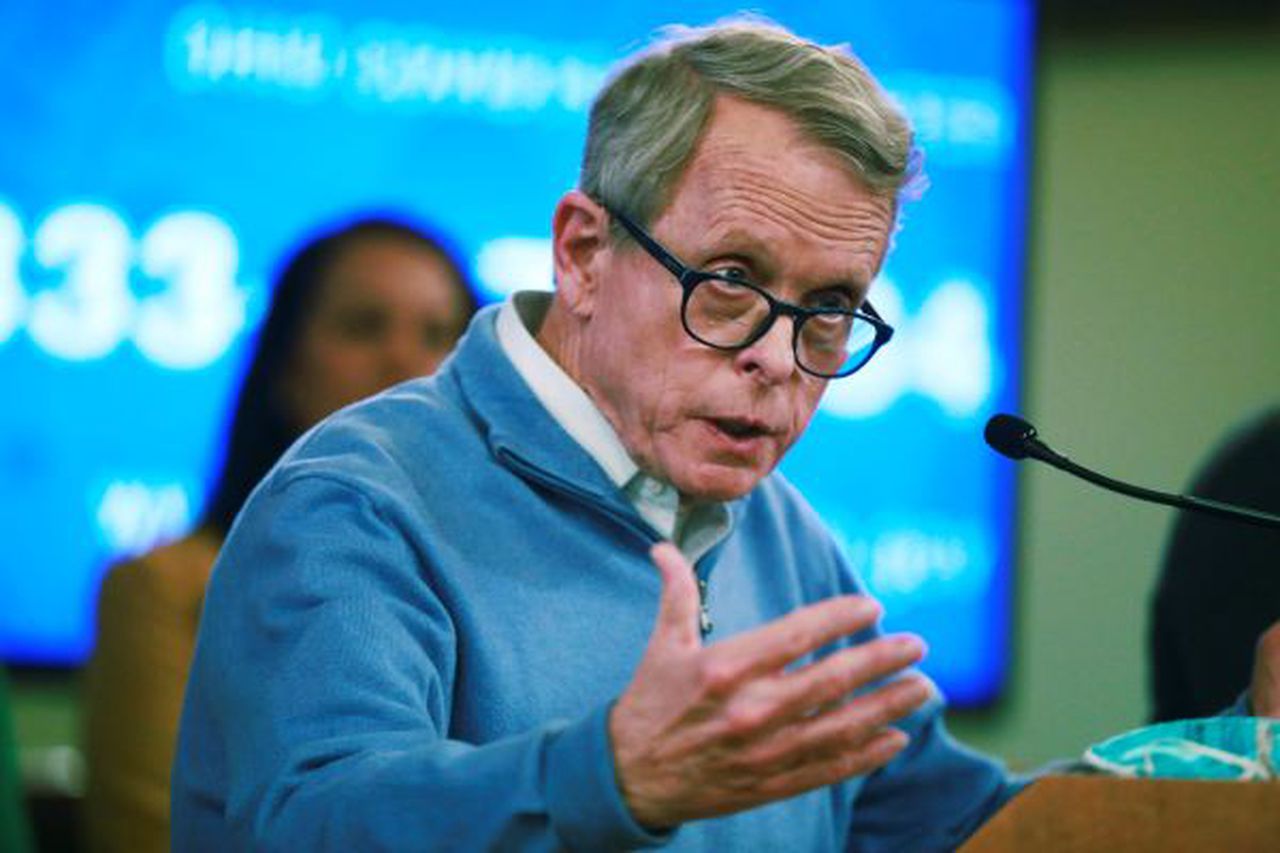