The ‘Daily Show With Jon Stewart’ alum was a sophomore at Dominguez High School in Compton when the Hollywood veteran offered inspiring words.

Travon Free — a Daily Show alum who wrote and co-directed the powerful short Two Distant Strangers — was a 15-year-old sophomore at Dominguez High School in L.A.’s Compton suburb when a high-powered Hollywood executive by the name of Jeffrey Katzenberg came to speak to his science class.

“Nobody knew who he was. We knew his movies, and we’d all seen Lion King,” recalls Free of Katzenberg’s presentation, which included early animatics for Shrek and Spirit: Stallion of the Cimarron. “He explained the movie business and what opportunities it provides. Really, for me, it was an eye-opening look into an industry that nobody really told us about. We didn’t know movies could be a career path. Maybe we thought sports, music or whatever you could muster to get out of the hood, but not movies.”

Before Katzenberg visited Free’s class, he and Steven Spielberg, then his partner at DreamWorks, had made a sizable contribution to the L.A. school program Inner City Arts to encourage gifted public school students to pursue careers in the entertainment industry. It was enough to plant the seed for Free, who would soon discover a talent for writing thanks in part to encouragement from an English teacher a year later.

“That was the first time I thought about writing as a skill,” he says, adding that he ended up writing a thesis on Spielberg. “Once it was introduced in my life, it stuck.”

Free went off to Long Beach State (Spielberg, coincidentally, is also a grad) and eventually ended up pursuing a career as a writer, a path that took shape when he secured a job on The Daily Show under Jon Stewart. He always wanted to find a way to thank Katzenberg for coming to his class. He even sent him an email during those early days on Daily Show but he never heard back.

Katzenberg hosted a virtual screening for Free’s Two Distant Strangers thanks to a connection with the short’s producing team, Lawrence Bender and Mickey Meyer, who had previously worked with the mogul. They sent him the film to see if he’d be interested in linking up, and they didn’t have to wait long for an enthusiastic yes.

“It was a mind-blowing full-circle moment,” Free, 35, says of the event that also featured Stewart and Sean Combs. “I’ve always wanted, at some point, to be able to thank Jeffrey for doing that, and I always imagined it would happen at a gala, event or awards show, like a fleeting moment. The fact that it turned out to be something so much more personal made it that much better and more meaningful.”

It also cemented his ongoing commitment to giving back. “It very much reminded me why I do this and why I stay connected to inner-city places,” says Free. “I want to pass along not just the things that I know, but I want to help them understand that it doesn’t matter where you come from, you can still find your way in this business. I’ve done this and you can do it, too.”

A version of this story first appeared in the Feb. 3 issue of The Hollywood Reporter magazine. Click here to subscribe.

Fri Feb 5 , 2021
WASHINGTON (Reuters) – U.S. employment growth rebounded moderately in January and job losses in the prior month were deeper than initially thought, strengthening the case for a sizable relief package from the government to aid the recovery from the COVID-19 pandemic. The Labor Department’s closely watched employment report on Friday […] 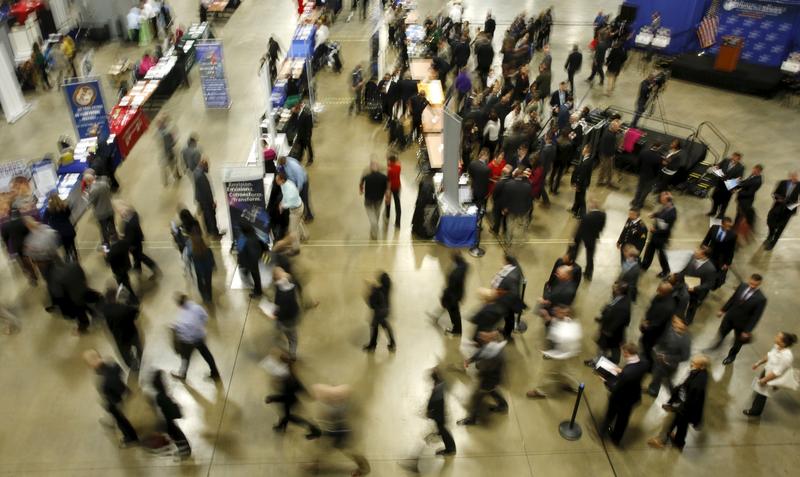