At this point, Zoom has more or less become a proprietary eponym. It has become interchangeable with video conferencing and interchangeable with remote learning. It has started sprouting its own compound words, like zoom-bombing or zoom fatigue. While it enables us to do so much, the platform is also a shorthand for many of the things people have come to hate. Davidson stated that “we know Zoom is exhausting and terrible for attention,” and Taeyoung mentioned how much he underestimated the effects of a “landscape where the students are doing Zoom for so many other things too.” There are concerns over the amount of data Zoom collects and its attitude toward privacy. Not to mention the bandwidth (and energy) requirement that synchronous audio-video feeds require to run without glitches.

Taeyoung articulated that Zoom “can accidentally be a space where the person teaching has too much power, so that really has to be held carefully.” Soulellis agreed, noting that in remote teaching, “all those things that we take for granted in real-time, real-space teaching were suddenly heightened and exaggerated.” Above I touched on how this showcases in witnessing the boredom of long lectures. So, if we’re to go beyond or around Zoom, what else is there?

There was a lot of appreciation for chat spaces and various whiteboards among all the teachers I’ve spoken to, seeing them as pathways to greater participation and more play. “Typing allowed for different ways to participate” Huang said, emphasizing the impact of written communication for “quieter students, or those less confident with their English. Or if they just didn’t get a chance to speak before the conversation moved on,“ noting how helpful that second channel is in terms of accessibility.

There was a lot of love for Miro, another breakaway app of 2020. “Miro really saved us,” said Skolos. Soulellis felt the same, describing his excitement upon seeing the “swarm-like activity, the incredible energy where students were commenting on each other’s work in real time.” Miro also seemed to win out over the remembered classroom experience, with Skolos saying that in it students were more focused as well as “much more candid and detailed without the pressure of formulating their critique on the spot, in front of everybody.” Chris Hamamoto, who teaches at California College of the Arts, used Figma for a similar interactive whiteboard effect.

Taeyoung pushed that candidness further by activating anonymity, and pseudo-anonymity, within his classroom. He said the conversations that resulted were “very playful, very playacting; people would take on different roles. I think it was very cathartic.” These anonymous chats would take place as comments in Google Slides, Zoom with cameras and microphones off where people would alter their names, and in DIY chat spaces that he or his students would design and develop. (I would caveat with this not being for every set of students, nor for every class. When discussing it with Taeyoung, he emphasized he had already set up a code of conduct, his classes weren’t lecture-hall-sized, and he employed this further on in the term after a lot of trust was already established.)

Hamamoto put in the extra work and zagged analog, mailing his students packaged kits as part of an exhibition design course he taught.

Another question to consider is, do we need to watch most of these lectures? Davidson recounted a story of a professor, Michael Wesch, of Kansas State University, who instructed his students to “put on their earphones and go for a walk wherever they are, or do their chores around the house,” as he read. I’ve similarly been invigorated by the use of, and response to the use, of Clubhouse. Clubhouse has been referenced time and time again as the closest to an IRL feel, “mimicking the spontaneity of parties and large social interactions” and compared to “a class with everybody in the world.” Due to their positive launch, there are now various other, more easily accessible, competitors entering the market: Twitter is testing Spaces, and Telegram just came out with Voice Chats. I’m anticipating holding a large segment of my classes in a space where students aren’t required to look directly at me the whole time, and aren’t in turn themselves on stage. I’m allowing them to do what they would normally do in a long studio class: work while still engaging in chit-chat, ask questions, or listen for background sparks of inspiration.

Ease Up on Formality

With the personal and professional boundaries blurred because of the pandemic, many have reactively tried to barricade themselves with professionalism. But letting down those barriers can open up communication, give people an opportunity to express themselves, and with that, make space for more authentic engaged learning. Most people currently in remote classrooms haven’t had the years or decades to develop a working-from-home practice. Davidson outlines our reality clearly: “We’re in a pandemic, on the verge of a financial collapse, leadership collapse, conspiracy theories everywhere—it’s a very strange time to be a college student.”

Fri Feb 19 , 2021
Cathe Lewis’ three children have spent the school year learning from home, steering clear of the potential COVID-19 health risks and schedule disruptions of in-person or hybrid instruction. Along the way, the family discovered something surprising: online learning was a good fit, especially for her son, a sixth-grader with autism. […] 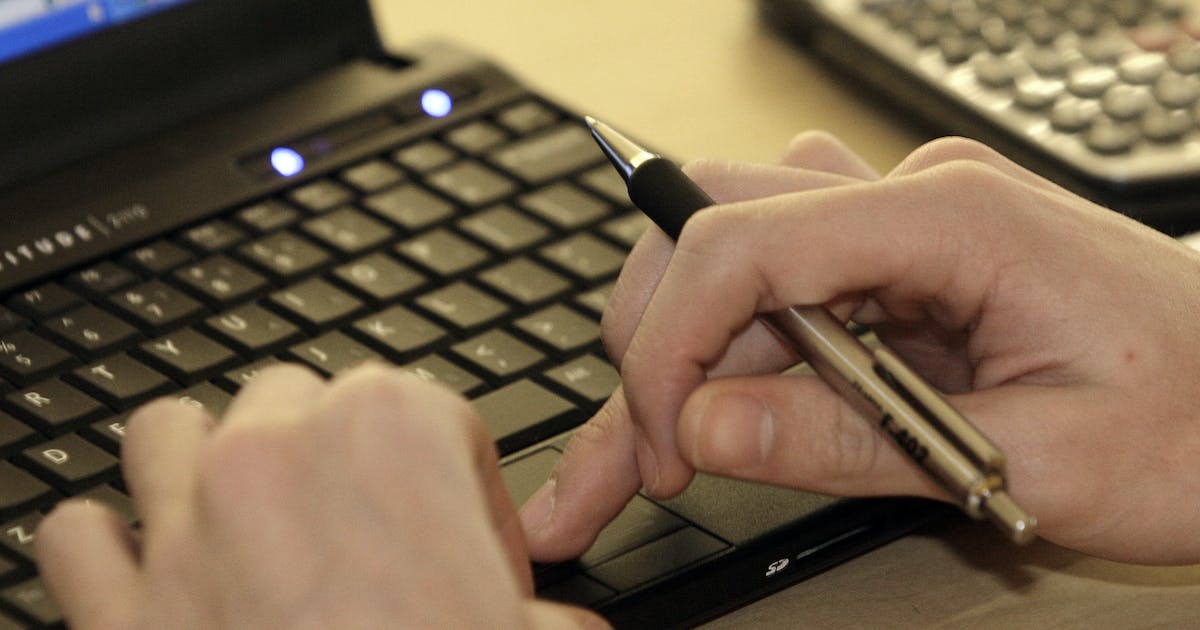