Coronavirus infections in part of the United Kingdom have rapidly taken center stage in the COVID-19 pandemic after researchers identified a variant of the virus that may be behind a recent spike in cases there.

On December 14, U.K. Health Secretary Matt Hancock first announced that the variant, called B.1.1.7., might be linked to faster spread that officials were seeing among people. In the days since, evidence supporting that hypothesis has emerged, prompting officials to put stricter public health measures in place to curb new infections — including restricting gatherings of people who don’t live in the same household.

The early evidence has prompted experts to closely monitor the new variant’s spread, but they say, there’s no cause for alarm as of now. Here are a few things to know about B.1.1.7.

It’s common for new variants of viruses to appear.

Variants of viruses, including the novel coronavirus, are always popping up. As viruses replicate in cells and make error-prone copies of their genetic blueprints, the viruses naturally accumulate mutations (SN: 5/26/20).

Some rare mutations do change how a virus behaves, but most don’t. Instead, researchers primarily use variants as “fingerprints” to track disease spread, says Stephen Goldstein, an evolutionary virologist at the University of Utah in Salt Lake City.

The new U.K. variant seems to spread rapidly, but scientists don’t know for sure.

The U.K. variant does have more changes compared with its closest relative than most other coronavirus variants. “Nothing of what I’ve seen … is the single definitive, killer piece of evidence that this is definitely more transmissible,” says Aris Katzourakis, an evolutionary virologist at the University of Oxford. “But there is so much circumstantial stuff all pointing in that direction.”

For example, people who are infected with B.1.1.7 tend to pass the virus on to more people on average and have higher amounts of the coronavirus’s genetic material in the body than people with other variants of the virus, according a Dec. 18 meeting summary from the U.K. New and Emerging Respiratory Virus Threats Advisory Group. Such evidence is, as Katzourakis says, circumstantial. To know for sure, researchers need additional proof from experiments done in animals or more data from people.

Studies have also shown that one of the variant’s mutations, called N501Y, might make B.1.1.7 more contagious — perhaps by helping it bind better to ACE2, a host protein that lets the virus into cells (SN: 2/3/20). It’s unclear, however, whether all the observations together stem from a more transmissible virus, which could be harder to control.

It’s also possible that the spike in coronavirus cases could be due to human behavior, Katzourakis says. “We have recently come out of a lockdown, so a lot of that increase in case numbers could be due to the relaxation of social distancing measures.” Which scenario is more plausible should become clear in about a week or longer, he says.

It’s unknown if it causes more severe or milder disease.

A mutation in B.1.1.7 leads to a shorter version of a viral protein called ORF8 than what’s seen in other variants. But it’s unclear what ORF8 does during an infection. Some modifications in ORF8 have actually been associated with less severe COVID-19 symptoms.

There’s also no evidence that vaccines would be less effective against it.

The U.K. variant is missing two amino acids that are targets of neutralizing antibodies, immune proteins that stop the virus from making it into a host cell. That, among a slew of other mutations in the B.1.1.7’s spike protein, could help the virus hide from some immune responses, including those induced by a vaccine.

But our bodies can attack a wide variety of surfaces on the coronavirus to control the infection, Goldstein says. So, for now, immune protection from vaccines should still be effective. Vaccines may need to be updated in the future, but perhaps not for a few years.

COVID-19 vaccine developers Pfizer and Moderna are reportedly running tests to make sure their newly authorized vaccines work against the new variant (SN: 12/18/20).

Scientists don’t know where it came from.

Where the new variant arose is a mystery. In general, coronaviruses are similar to other viruses in that their genetic material rapidly accumulates errors. But they are also different in that they are among a select group that have a viral version of spell check. Such a correction system means that coronaviruses change more slowly over time than other viruses that also use RNA as their genetic blueprint, such as influenza.

B.1.1.7, on the other hand, has far more mutations that change or remove amino acids in viral proteins than experts would expect when compared with the most closely related coronavirus variant.

One possibility is that the variant came from someone who had a weak immune system, which allowed the virus to replicate for a much longer period of time than usual and gather lots of mutations, Katzourakis says. “It seems like that was a kind of leap, something that essentially gave evolution a helping hand.” Researchers have previously seen the coronavirus change after an infection in immunocompromised patients. Such cases might help the virus pick up mutations that it might not otherwise during infections in other people with stronger immune systems.

A coronavirus variant from South Africa shares some of the U.K. variant’s changes.

The United Kingdom is not the only country to report a variant with the N501Y mutation. Such a variant is also on the rise in South Africa. Both versions acquired the change independently of one another, researchers say.

The fact that coronavirus variants in different parts of the world independently evolved the same mutation suggests that it might have some beneficial effect for the virus, Goldstein says. Some variants may be successful at spreading in the population by chance alone — an infected person hopped on a plane and spread the virus after arriving at his or her destination. But in this case, the rapid spread of B.1.1.7 in the United Kingdom and of its distant relative in South Africa hints that the change might help the variants transmit, he says.

Researchers around the world should examine coronavirus genetic material from as many infected people as possible to monitor for similar variants, experts say. That would help officials pinpoint whether the new or similar variants are spreading in other countries as well.

The variant may very well be spreading in the United States, but that’s also unclear.

Some people outside the United Kingdom have been infected with the U.K. variant, including in Denmark and Australia, but there is no evidence that it is spreading broadly in those countries yet. It’s also possible that the variant is also in the United States, Anthony Fauci, director of the National Institutes of Allergy and Infectious Diseases, said in an interview with Good Morning America on December 22.

Public health measures like masks will still prevent the variant from spreading.

Even if it becomes clear that B.1.1.7 is more contagious than other versions of the coronavirus, wearing masks and social distancing are still going to be crucial tools to curb its spread (SN: 11/11/20). Officials “may have to think about introducing additional measures, but it’ll be the same kind of measures — potentially more often and more stringent.”

For example, while there is now evidence suggesting that another coronavirus variant with a mutation, called D614G, that emerged after the pandemic began and spread around the world is more contagious than variants without the change, “it hasn’t prevented countries like Vietnam or Taiwan or South Korea or New Zealand from being able to contain the virus,” Goldstein says.

“I think it shows us that although there may be small differences in transmission efficiency, it doesn’t mean that the virus is all of a sudden uncontainable.”

Why You Shouldn't Avoid Talking About Your Unemployment While Job Hunting

Wed Dec 23 , 2020
Becoming unemployed is not a personal failing. It’s an unfortunately common event that millions of people have been experiencing this year during the coronavirus pandemic. But shame can keep you quiet about it and make you think, “Everyone will judge me if I tell them how I lost my job,” […] 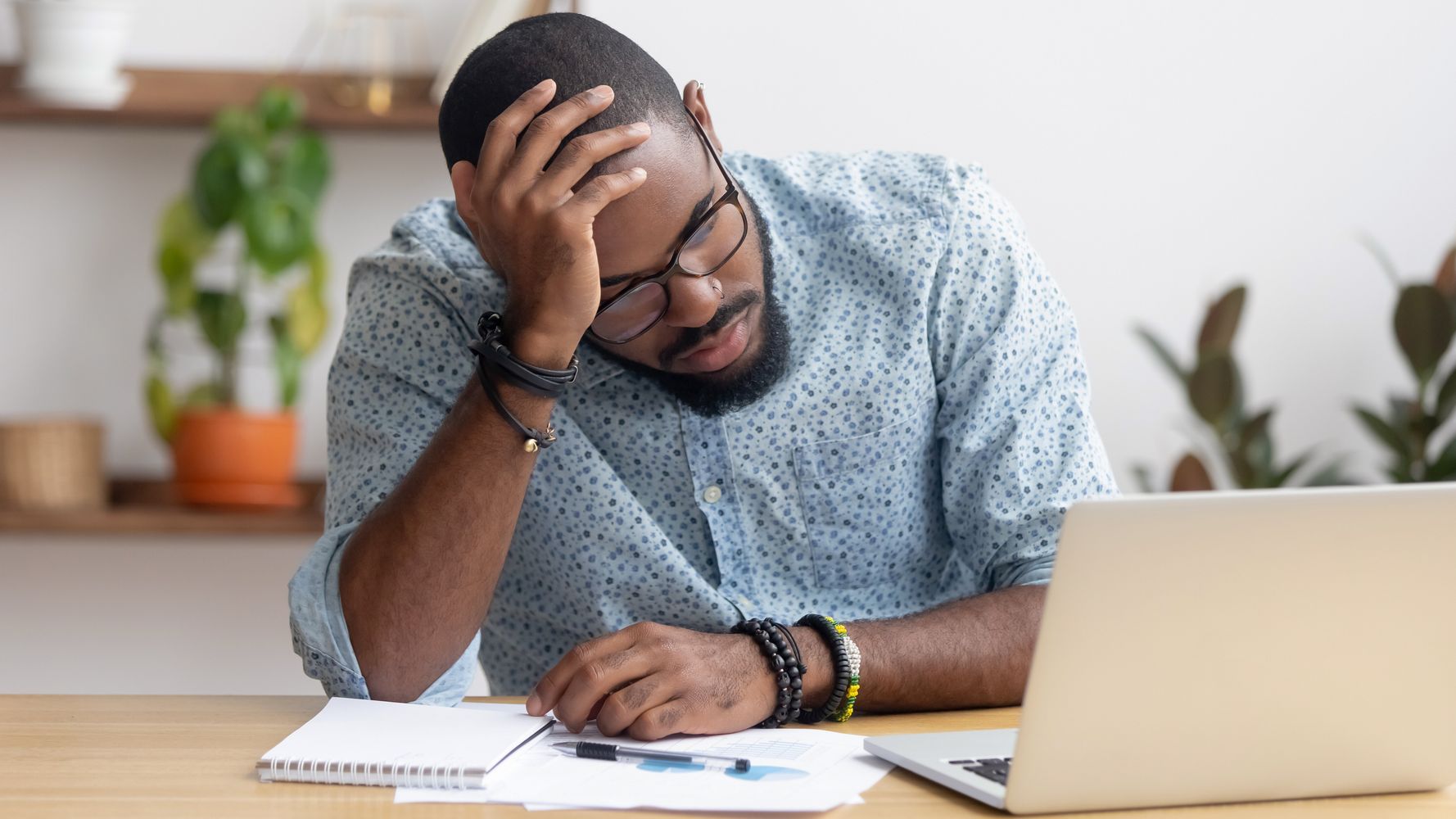