THE decision that the UK will withdraw from Erasmus has been widely condemned, regretted by the EU, and reverses the position announced by Prime Minister Boris Johnson a year ago that Erasmus would continue. Only students in Northern Ireland will still benefit, courtesy of the government of the Republic of Ireland.

The UK Government’s promised new scheme (named after Alan Turing) has attracted few apologists. They claim students from disadvantaged backgrounds will now study for part of their degree at the world’s top universities and proclaim that aspirations should be global rather than merely European.

Much, in time, will be made of the student from humble origins who does indeed spend a semester at Harvard, to take the example quoted in The Telegraph. However, any success will be achieved at a significant cost to existing opportunities with the probability that those who will be disadvantaged the most are the very students the new scheme aims to target.

Turing does not replace Erasmus and is highly likely to fail. The nature and dynamics of student exchange programmes have clearly not been understood. The key problem is a fatal design flaw in the lack of funding for visiting (that is, incoming) students. Erasmus involves the payment of grants to support travel and living costs of outgoing and incoming students. Turing will not. Instead, only outbound students will benefit from financial support.

While fee waivers may continue to cover tuition costs at the host institution, the absence of financial support for incoming students will render GB universities unattractive, and doubly so as incoming European students spending an academic session here will now have to pay £800 for visas and healthcare cover following Brexit.

The chances of success for the new scheme will be further reduced when European students realise that high-quality exchange opportunities supported by Erasmus funding, and which entail no entry surcharges, exist in plentiful numbers in other European countries where a wide range of courses in English are on offer, including courses taught by native English speakers. As incoming students dry up, so, too, will the diversity of student opinion that enriches tutorial and seminar discussion on a daily basis. The participation of exchange students in undergraduate teaching inevitably brings a sense of international awareness to even the most homebound student and helps promote study mobility.

A reduction in the number of places available to our students at partner universities will then inevitably follow since these institutions will require to reallocate available study places to other partners to reflect the decline in GB-bound students and the relocation of their students to other destinations. Both the German and the Norwegian exchange agencies have already warned their students about applying to study in the UK while uncertainty over Erasmus existed. That uncertainty has now disappeared.

The UK Government could move from study exchange to meeting the overseas fees for a limited number of GB students, but this is hardly cost-effective and would also destroy the notion of “partnerships” between “home” and “host” subject areas.

Erasmus fostered this from the outset as it operates on subject-specific exchanges; Turing will require university-wide arrangements. Regular contact between subject-area partners will disappear as will the necessary levels of confidence necessary for many students to commit to mobility.

Only strong subject links commended by enthusiastic returning students increase the uptake of study mobility, not vague encouragement to “think global” and to take a chance on a new destination on a distant shore.

Ditching the proven benefits of Erasmus for some aspirational alternative lacking proper financial support will fatally undermine decades of work. My own law school’s experience is worth summarising. By chance, student exchanges were launched the very day the Berlin Wall fell.

Thirty years later, this mobility link with Mainz University is still going strong (even in the year of Covid, four students are on campus for the academic session). In the intervening period, an additional 42 European and 8 non-European law partnerships have been concluded, with the bulk of Erasmus partners offering courses taught in English. All are active links that are exploited by our undergraduates and now more than 60{c25493dcd731343503a084f08c3848bd69f9f2f05db01633325a3fd40d9cc7a1} of our undergraduate cohort annually participate in exchange: most do so for the full academic session. Significantly, just under half of the (high) number of students entering through access programmes targeting underrepresented socio-economic backgrounds now participate.

This is a success that has been achieved in large part through new partnerships with leading central and east European universities in countries where living costs are lower than in the UK. These are the partners voicing most concern that their students will no longer be able to study in Britain after the ending of Erasmus. These partnerships will be the first casualties.

Our emphasis upon European partners is not accidental and reflects student demand. Clearly, travel costs are much reduced, but living costs are also generally more manageable in Europe. Above all, British students appreciate that future employment is more likely to involve contacts involving European neighbours (although our study exchanges with Asia are also popular).

But there is another crucial reason for the European emphasis: most opportunities are in Europe as the success of Erasmus has not yet been replicated elsewhere. Non-European partners tend to have a less-established record of study exchanges, and as they send fewer outbound students there is reluctance to increase the intake of visiting students even if the partner is highly-regarded internationally (modestly, I note my law school is ranked in the top 40 in the world but we still are losing excellent international exchange places as partners unable to balance exchanges reluctantly cancel agreements). Countries such as the USA have recognised that they are trailing behind Europe, but none has yet successfully emulated Erasmus. Turing appears to assume incorrectly that ready entry to the world’s campuses can be achieved merely by asking.

READ MORE: How likely is it Westminster will allow Scotland back into the Erasmus scheme?

Is Erasmus too parochial? It has already launched its scheme to extend Erasmus to so-called non-European “partner” countries and it too has a global vision. Is Erasmus too restricted? It already supports our students on internships in places as diverse as CERN and the Council of Europe, and the new programme will extend this support for vocational training.

Is Erasmus not value-for-money because more students arrive to study here than leave Britain to study elsewhere? This fails to recognise that incoming students (and their friends and family who visit) spend money in local businesses, or that higher graduate earnings generate higher taxation income or that undergraduate subject-links lead to research outputs or postgraduate recruitment. My Law School (in a non-Covid year) attracts significant numbers of postgraduate students – and their fees – from a longstanding Norwegian partner, while the Mainz link can result in upwards of 30 postgraduates through an arrangement recognised by the German exchange agency as “best practice” in academic co-operation. The value-for-money justification holds no water.

Decades of work is now at risk across campuses, and this risk extends to other initiatives developed with Erasmus partners including staff teaching mobility to prepare students who will be studying in another language while abroad as well as short-term mobility programmes which replicate some of the benefits of study abroad for students who cannot commit to study exchange). There may be insufficient evidence at present to justify the criticism that the real aim of withdrawal from Erasmus is to seek to neuter the idea and values of the European project. Whatever the reason, another dream has just died for many of our young people.

What lockdown means for students 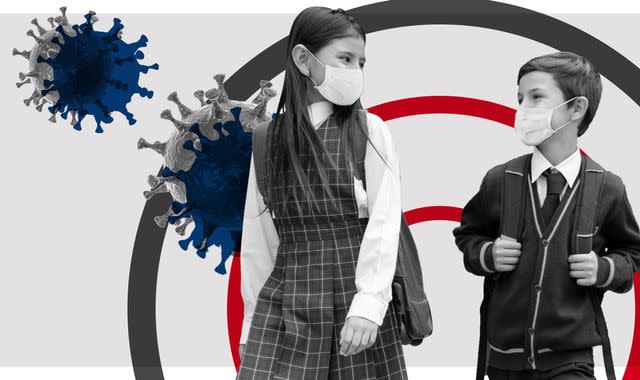