Every generation has its own science fiction saga that speaks to its moment.

In the 1960s, Star Trek spoke to the psychedelic horror of a world seemingly going insane. In the 1970s and 1980s, Star Wars appealed to a generation disenfranchised by Watergate and Vietnam. In the 1990s, Star Trek: The Next Generation and Star Trek: Voyager extrapolated a utopian future from the peace and prosperity of the post-Cold War era. In January 2007, The Guardian described Battlestar Galactica as “the only award-winning drama that dares tackle the war on terror.”

The Expanse is the science fiction epic that speaks most acutely to the current cultural moment. It is a science fiction allegory that holds up an uncomfortable mirror to the world not as it exists two hundred years from now, but as it is in the present. Actor Shohreh Aghdashloo approached the show in that light: “When we started filming, I kept saying, ‘What science fiction? Why fiction? There is nothing fiction about this. Everything that is on my [script] page is in the news.’”

The Expanse is fascinated by power and exploitation. The series focuses primarily on the political machinations of Earth, Mars, and the inhabitants of the outer reaches of the system known as “Belters.” Earth is prosperous, but in decline; it’s not too hard to read the planet as a metaphor for the erosion of American global influence. Mars is struggling, but ascendant; it is built on a collective rather than an individualist dream, suggesting it can be read as an emerging China.

However, the Belters are the most interesting. They are a familiar science fiction trope: the alien underclass to be exploited by dominant powers. In that way, the Belters recall the Replicants in Blade Runner, the Newcomers in Alien Nation, or the “Prawns” from District 9. However, there is one key difference between the Belters and these other examples — the Belters are explicitly human. There is no metaphor to disguise their exploitation.

The Expanse borrows the language of the western. In its fourth season, sequences on the new world of Ilus are shot in the anamorphic 2.39:1 ratio to evoke “Panavision Westerns.” Adolphus Murtry (Burn Gorman) boasts, “We’re all just walking in the footsteps of history, the ancient frontier. All those post offices and railroads and jails cost thousands of lives to build.” The Expanse suggests that where these forces cannot find an indigenous population to exploit, they will create one anew.

Notably, the future of The Expanse is neither post-scarcity nor post-capitalism. Earth has implemented universal basic income, but the show repeatedly gestures to the influence of large companies like Mao-Kwikowski Mercantile or Royal Charter Energy on government policy. Billionaire Jules-Pierre Mao (François Chau) can manipulate the governments of Earth and Mars to war. For Belters, commodities like air and water are “more precious than gold” and are sold as such.

The Expanse speaks to a decade defined by economic turmoil, the scars left by the 2008 recession. Income inequality continues to grow. More wealth is controlled by fewer people. Power is increasingly consolidated in mega-corporations. Meanwhile, the middle class is eroding. The “gig economy” has destroyed any sense of job security. Many work multiple jobs, while many others lack access to resources like clean water and supports like health insurance. Many children are worse off than their parents. The future will not be better.

Befitting this trend, there’s a strong indication that the future of space flight will be privatized. The people leading this private push into space will be men like Elon Musk and Jeff Bezos, the two wealthiest men on the planet. Bezos has massively profited from the current pandemic, while overseeing a company that operates draconian and exploitative labor conditions for the staff who make it possible. It’s hard to imagine Bezos’ planned expansion to space would be much different.

It’s no small irony that Bezos is himself part of the larger narrative of The Expanse. The show premiered on SyFy but was canceled after its third season. Bezos swooped in at the last minute to buy the rights and renew the show for Amazon Prime Video. Bezos was reportedly “a big fan”  of the show and was thrilled to announce its resurrection at the National Space Society’s International Space Development Conference.

It’s interesting to wonder what Bezos sees in The Expanse, as well as the lens through which he watches it. One can only assume that he appreciates it in the same way that Elon Musk appreciates the class horror of Parasite. Time and time again, The Expanse returns to the horror of human lives rendered as raw material for the constant churn of more powerful forces — for the practice of statecraft, for the curiosity of billionaires, for the schemes of long-dead civilizations.

Deprived of gravity, Belters’ bodies have morphed to suit their environment; they have brittle, longer bones. Mao unleashes the protomolecule on civilian populations, hoping that it might create something more suited to space. Scientist Antony Dresden (Daniel Kash) boasts of his dream of “human beings able to live in hard vacuum without a suit, or under the crushing atmosphere of a gas giant, or able to hibernate long enough to travel to the stars.” People are just means to an end.

This pattern extends beyond mankind itself. The aliens who designed the protomolecule saw the life affected by it as vehicles for their own expansion. The protomolecule builds from material around it — including human bodies. “We’re tools,” Joe Miller (Thomas Jane) tells James Holden (Steven Strait) at one point, shortly before literalizing that idea by convincing Holden to stick his hand in an alien machine so that he might “complete (a) circuit” and activate a larger mechanical process.

Like Game of Thrones before it, The Expanse confronts mankind with existential threats that it lacks the unity to defeat. Much of Game of Thrones was built around the irony of the human characters struggling over the Iron Throne as the apocalyptic threat of the Night King (Richard Brake, Vladimír Furdík) marched towards Westeros. In The Expanse, the squabbles of various human factions distracts from the threats posed by the protomolecule — and the menace that destroyed its creators.

The Expanse suggests that human beings are tribal, and these impulses are destructive. “We want the same thing, you know,” Fred Johnson (Chad Coleman) appeals to Holden. “We’re on the same team.” Holden responds, “There shouldn’t be any teams.” When Earth is devastated by an asteroid attack, Amos Burton (Wes Chatham) warns Clarissa Mao (Nadine Nicole), “The more settled things are, the bigger the tribes can be. The churn comes, and the tribes get small again.”

This anxiety is reflected in the show’s structure. Like Game of Thrones, it follows multiple tangents at once. As characters follow their individual story threads, it evokes the parable of the blind men describing the elephant. Each sees part of the picture, not the whole. Klaes Ashford (David Strathairn) and Chrisjen Avasarala (Aghdashloo) separately investigate terrorist Marco Inaros’ (Keon Alexander) plot against Earth, but nobody puts the pieces together in time to prevent the atrocity.

The Expanse understands the appeal of this tribalism in a chaotic world. Following the end of its own war with Earth and the discovery of countless new worlds, Mars is left politically adrift. Unemployment surges, while the planet loses its sense of common purpose as its core mythology unravels. Meanwhile, Marco Inaros creates a war with Earth to unify the disparate Belter factions under a common cause. However, this resurgent nationalism is ultimately self-defeating.

In this way, The Expanse reflects the modern world. Technical advances like the internet and social media have fragmented discourse, making it harder than ever to construct unifying narratives and agree on consensus reality. Political polarization is worse than it has been since the Civil War, and democracy has become increasingly factionalized. Resurgent tribalism and nationalism divide nations. They also block responses to real existential threats like climate change or inequality.

Mon Feb 1 , 2021
In-person students will return to their buildings on Tuesday, Feb. 2, unless otherwise notified, according to KCS. KNOX COUNTY, Tenn. — Knox County Schools said it will move to online learning on Monday, Feb. 1, due to expected wintry weather and the potential for hazardous road conditions. All students should […] 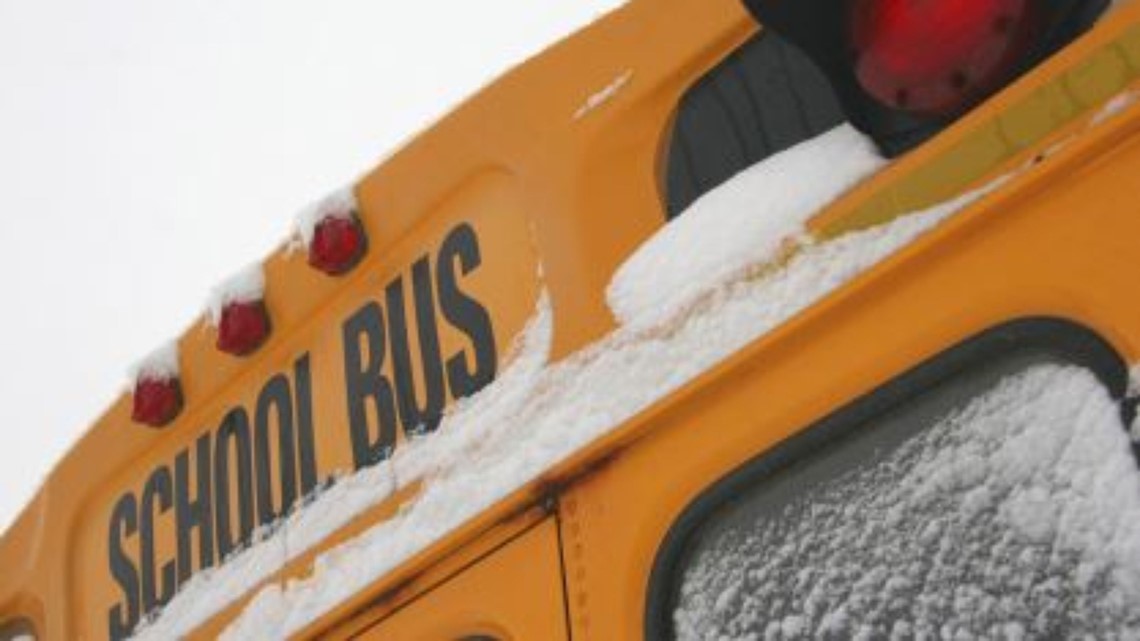