Some on the political continuum would find her nickname — “Conservative Grace” — to be oxymoronic, what with our increasingly rigid political allegiances that lead to more bloviating than listening.

But moments listening to Grace Reilly, 18, a three-sport kid and 2020 graduate of St. Bernard, lead to an epiphany that runs contrary to the current rancor: We can think and believe in different things and still exchange ideas with civility and curiosity.

Reilly attends Grove City College in the suburbs of Pittsburgh. She not only espouses conservative values, but does so at deeper levels than her age might suggest. “Conservative Grace” is an ambassador for Turning Point USA, a national student organization supporting free markets and conservative ideas and is the social media director for Young Americans Against Socialism.

“My family would always talk about current events. I grew up interested in politics and what was going on in the world,” Reilly was saying earlier this week over coffee at Muddy Waters. “In 2016 when everything happened with the election, I really wanted to learn more and get involved and know as much as I could.”

And now here is “Conservative Grace,” whose innocent demeanor belies the uncanny read on people she’s acquired at a still relatively precocious age.

“In my experience, it’s always been uncool to be a conservative,” she said. “Most students are on the left, which makes it hard to stand up and speak out. You have kids around you who will judge you for that. It was hard in the beginning. But I really believe in what I’m doing. Anyone who’s not going to support me I don’t need in my life. I’m nice to everyone. There’s no reason people shouldn’t treat me with respect.”

And yet Reilly knows that the word “conservative” has become a pejorative to some. Conservatives are bigots, extremists, ideologues, wingnuts, radicals and racists. Reilly has been called all of the above.

“The most foundational values I have are that I believe in limited government, freedom and mostly that everyone should have their own individual responsibilities and liberties,” she said. “Societies have run more successfully because of those things. Everyone should be responsible for their own life. That directly translates into helping others and making society run the most smoothly. Those are foundational American values that create better lives for everyone.”

So how does she deal with the darts aimed her way?

“When people call me a racist, it’s to justify not having to listen to any of my ideas,” she said. “I’m not a racist person. I love all people. All people deserve every right and freedom. All people are created equal under God. Most other conservatives feel the same way.

“Obviously, there are racist people in the world on both sides. It’s a way to silence others’ ideas to create an environment where people don’t want to listen and just attach labels. In reality, if we all had more discussions and were more open to each other’s ideas — and not place labels without even knowing each other — it’s a problem in society. We put people into a ‘I don’t need to listen to you’ pile.”

Reilly was watching all the news reports last week as the Capitol came under siege. Her message doesn’t waver.

“It made me sad that we’re at this point,” she said. “It’s hard to see our country so divided. I hope things can remain peaceful. Looking forward, we need to come together. That’s a hard thing to say now because people are so divided. But we need to listen to each other instead of painting the other side we don’t agree with politically as the enemy. For the most part, everyone wants America to be the best it can be. People just have different ideas how do to that. We need to go back and learn how to talk to each other. The other side isn’t the enemy. We just disagree. Ordinary people generally want the best for America.”

It should be of comfort that “Conservative Grace” is but 18. She is part of our future. She believes in parting friends after the exchange of ideas. Her elders might want to take notes.

“In my personal life, I do everything I can to put politics aside,” Grace Reilly said. “You’ll never catch me talking to my friends about it. I don’t bring it up. If they want to ask me, I’m always open to that. I don’t want to dirty my friendships with politics because of how hostile of a time it is. I find that people who know what I do really don’t want to be friends with me anyway. They judge. It’s a hard thing. But I’ve accepted that. I try to keep a balance.”

This is the opinion of Day sports columnist Mike DiMauro

Fri Jan 15 , 2021
Spiking COVID-19 cases, slow vaccine rollout and the emergence of more transmissible coronavirus variants in some countries have sparked debate among scientists over the best way to protect people with recently authorized vaccines.  One idea involves delaying when people receive the second of two required vaccine doses, so that more […] 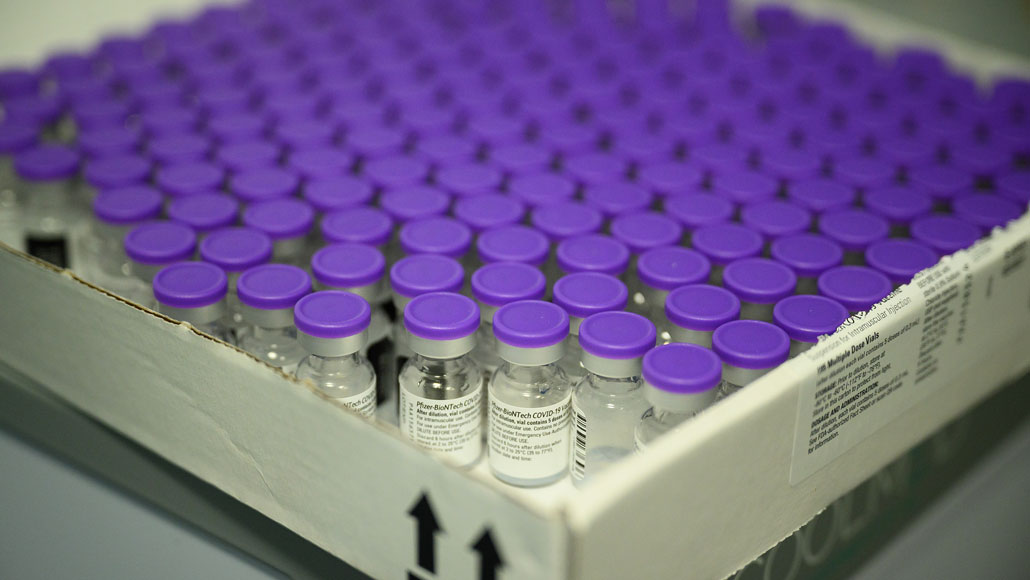