Gov. Bill Lee has called a special legislative session, one that will be held just after state lawmakers return to work in January in order to prioritize passing bills aimed at helping schools navigate the coronavirus pandemic and prepare for the next academic year.

Lee made the call on Tuesday, announcing that the special session — the third he has initiated — will begin Jan. 19. It’s unclear how long legislators will remain in special session, which allows them focus on select legislation and expedite the normal process of passing bills.

The 112th Tennessee General Assembly, which convenes Jan. 12, is expected to take up multiple education bills, such as making sure teachers and students aren’t punished for poor standardized testing scores this year.

Lee told lawmakers Tuesday afternoon that teacher pay increases could be considered during the session, something the governor called for earlier this year before the pandemic resulted in most new spending being cut from the 2020-2021 budget.

“Even before the virus hit, and despite years of improvement, too many of our state’s students were still unable to read on grade level,” Lee said in a statement. “I’m calling on the legislature to join us in addressing these serious issues so we can equip our hardworking educators and districts with the resources and supports they need to set our students on the path to success.”

The legislature also plans to ensure that schools receive adequate funding next year —  a formula that is in part based on the prior school year’s classroom attendance — as well as providing resources to bring children back up to speed after months away from the classroom.

Legislators will also take up a literacy bill, and the Department of Education will be releasing information on plans to implement a new program called “Reading 360” that will use one-time federal relief funds to teach phonics.

Lee’s administration last session introduced a literacy bill that took aim at Tennessee’s stubbornly stalled reading scores. The Department of Education reported at the time that only one-third of students statewide read at grade level by the third grade.

That legislation, which came with a $68 million price tag, stalled as lawmakers raised concerns with how the program would be administered and as the General Assembly was forced to make drastic cuts to the budget because of the COVID-19 pandemic.

Republican leadership, including Lt. Gov. Randy McNally of Oak Ridge and House Speaker Cameron Sexton of Crossville, on Tuesday expressed their support for having a special session to address the school issues. Education Commissioner Penny Schwinn said the governor would provide “bold solutions” to issues raised for students as a result of the pandemic.

The Metro Nashville Education Association called for lawmakers to go a step further than holding teachers harmless for testing scores, saying standardized tests should be canceled for the year and would be “irrelevant” given the year’s circumstances.

The State Collaborative on Reforming Education, known as SCORE, applauded Lee for “putting education at the front of the General Assembly agenda.”

“Those conversations need to happen early in the year so our schools can be ready to present their budgets to the county commissions,” Lamberth said earlier this month. “The funding aspect of education has got to be addressed very early in session, in whatever way we do it.”

MORE:Third of Tennessee teachers say they would get COVID-19 vaccine as virus surges across state, new survey shows

Senate Majority Leader Jack Johnson, R-Franklin, said also said in recent weeks that it “should be a top priority for us to figure out how to equip districts with the tools necessary to mitigate learning loss.”

Senate Democratic Caucus Leader Raumesh Akbari, D-Memphis, said after the announcement that the coronavirus “did not create inequities in education” or cause Tennessee’s teacher retention issue, “but it did make these problems worse.”

“I hope the legislature takes this opportunity to unite around a bold agenda that invests in public schools,” Akbari said in a statement. “We have to give our educators the resources they need to support students and reverse learning loss, but we can’t stop there. Tennessee was 46th in the nation for student funding before the pandemic hit.”

Lee and legislative officials spent months determining the best approach to pass education legislation early in the year to allow school districts time to plan accordingly for the upcoming year, summer programs or other initiatives that would need to quickly take effect.

Amid concern from teachers and parents about learning conditions this year, the governor this fall announced he would work with the legislature to ensure that teachers and schools don’t face negative consequences for how students perform on standardized tests this academic year.

The timing of next month’s special session is similar to a 2015 special session called by former Gov. Bill Haslam for a failed Medicaid expansion proposal known as Insure Tennessee. That special session was held in early February within the regular session.

Meghan Mangrum contributed to this report.

Want to read more stories like this? A subscription to one of our Tennessee publications gets you unlimited access to all the latest politics news, podcasts like Grand Divisions, plus newsletters, a personalized mobile experience and the ability to tap into stories, photos and videos from throughout the USA TODAY Network’s 261 daily sites.

Here's what we learned about aliens in 2020

Tue Dec 29 , 2020
In a year when mysterious monoliths literally appeared out of nowhere, you’d think the first real detection of alien life would be a stone’s-throw away. Well, 2020 didn’t bring any little green men, but it did bring astronomers closer to finding extraterrestrial life than ever before. From organic molecules turning […] 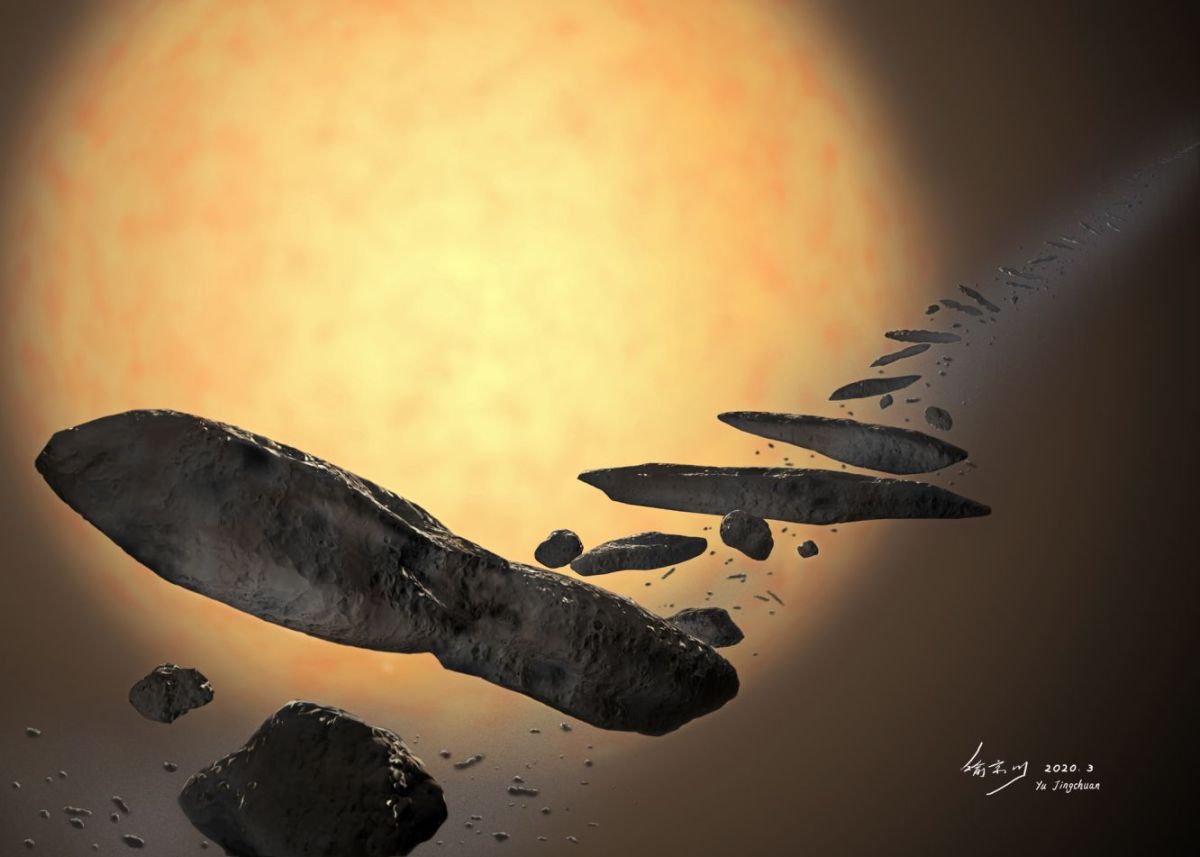