The U.S. Supreme Court ruled 8-1 Wednesday that a Pennsylvania high school erred in suspending a cheerleader from the team for posting an expletive-filled Snapchat about the school while off school property, a significant First Amendment ruling for what students can say on social media and outside of school.

The case, Mahanoy Area School District v. B.L., considered whether a Pennsylvania high school violated the First Amendment by suspending cheerleader Brandi Levy from the team for a year in 2017 for Snapchatting a selfie of her giving the middle finger with the message, “f—k school, f—k softball, f—k cheer, f—k everything” from an off-campus convenience store after she did not make the varsity squad.

The school district argued administrators were within their rights to do so under a previous Supreme Court ruling that said schools can suppress students’ speech on school grounds if it would “materially and substantially interfere” with the school’s operation and cause a “severe disruption.”

The Supreme Court said the school violated the cheerleader’s First Amendment rights by suspending her, ruling that “the special interests offered by the school are not sufficient to overcome B. L.’s interest in free expression in this case.”

The court did acknowledge that schools “may have a special interest in regulating some off-campus student speech” and not all of it should be free from interference.

Speech that schools could punish students for even if it happens off-campus includes “severe bullying or harassment,” threats against teachers or students, failure to follow school rules regarding homework done off school property and “breaches of school security devices,” Justice Stephen Breyer suggested in his opinion for the court, though he said the court would not “set forth a broad, highly general First Amendment rule” about specifically what constitutes off-campus speech.

There are several features of off-campus speech that “diminish the strength” of schools’ argument that it can be regulated despite the First Amendment, Breyer said: The fact that off-campus speech typically happens when parents are responsible for their children and not school officials, that trying to regulate off-campus speech means students’ speech would be regulated 24 hours a day and they wouldn’t be able to engage in certain kinds of speech at all, and that schools have “an interest in protecting a student’s unpopular expression” in order to ensure their students understand how democracy works.

“B. L. uttered the kind of pure speech to which, were she an adult, the First Amendment would provide strong protection,” Breyer wrote for the court, noting the cheerleader’s Snapchat post “did not amount to fighting words” and “was not obscene as this Court has understood that term.” “It might be tempting to dismiss B. L.’s words as unworthy of the robust First Amendment protections discussed herein. But sometimes it is necessary to protect the superfluous in order to preserve the necessary.”

In his dissent for the court, Justice Clarence Thomas said that while he generally agrees with the other justices that “off campus, the authority of schools [to regulate speech] is somewhat less,” the majority’s opinion “entirely ignores the relevant history” of administrators disciplining students under similar circumstances. Thomas also said the majority opinion “omits important detail” by not considering such questions as, “How much less authority do schools have over off-campus speech and conduct? And how does a court decide if speech is on or off campus?” “Disregarding these important issues, the majority simply posits three vague considerations and reaches an outcome,” Thomas wrote.

Mahanoy v. B.L. is considered to be the most significant court case involving student speech in decades, and Yale law professor Justin Driver told the Washington Post ahead of the court hearing the case that with more student speech now taking place online, school administrators “consistently tell me that off-campus speech bedevils them, and the lower courts desperately need some guidance in this area.” Both the district court and appeals court had sided with the cheerleader and against the school in the case, prompting the school district to appeal it to the Supreme Court. The court’s ruling comes after the justices had signaled during the April hearing in the case they would likely rule in the cheerleader’s favor, with Justice Brett Kavanaugh saying the suspension “just seems excessive” and Breyer pointing out if all students were legally able to be punished for swearing off school property, “every school in the country would be doing nothing but punishing.”

Can A School Punish A Cheerleader For Cursing On Snapchat? Supreme Court Leans Toward ‘No’ (Forbes)

Wed Jun 30 , 2021
FORT WAYNE, Ind. (WANE) — Enrollment is currently underway to find host families for foreign exchange students for the 2021-2022 school year. Every year PAX, or Program of Academic Exchange, is responsible for placing hundreds of students in host family homes across the U.S. With borders and countries reopening after […] 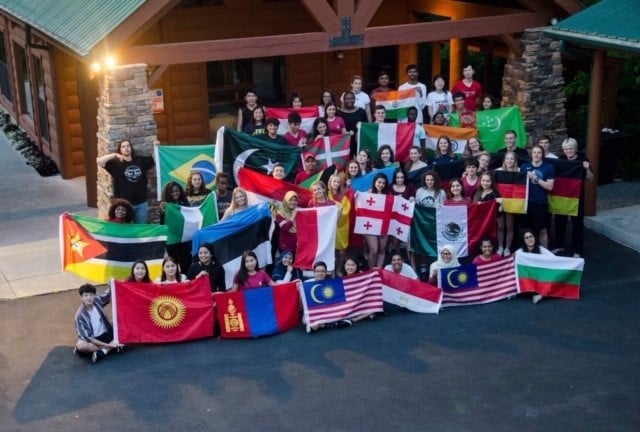