After months of failed negotiations, lawmakers have reached a deal on a second stimulus package.

In the months of back and forth, two issues held up a deal. Democrats wanted aid for state and local governments whose budgets have been hit hard by the effects of the pandemic. Senate Majority Leader Mitch McConnel led Republicans in a demand for liability shields for businesses and colleges and universities.

The bill would provide another round of stimulus checks for individuals, though they would be $600 – half the amount of the first checks. The inclusion can be credited, at least partially, to Senators Bernie Sanders and Josh Hawley’s concerted effort for another $1,200 check. According to reports from The Washington Post, the checks will start to phase out for those earning over $75,000 a year like the first checks in the CARES Act. Additionally, lawmakers decided to extend federal unemployment benefits of $300 a week.

Reports say that the deal would also extend the student loan payment suspension through January. Congress initially suspended payments on federally-held student loans through September 30, 2020, but President Trump already extended that relief through December 31, 2020, and again through January 31, 2021.

Lawmakers also agreed on $82 billion for education. According to a joint statement from House Speaker Pelosi and Senate Minority Leader Chuck Schumer, the money would provide funding for colleges and K-12 education “including support for HVAC repair and replacement to mitigate virus transmission and reopen classroom.”

A Democratic summary of the deal obtained by Forbes shows that K-12 education would receive $54.3 billion and higher education would receive $22.7 billion, similarly to the way the CARES Act allocated money. For higher education, $20 billion would be distributed to public and non-profit colleges and universities. Only $908 million would be allowed for for-profit colleges, but only for financial aid for students, not for the schools themselves.

Senate Minority Leader Chuck Schumer applauded the deal, but warned that more relief was needed, saying “This bill is not sufficient. It is necessary, it is not sufficient.” President-elect Joe Biden has described any deal as a down payment and will likely push another relief and stimulus package as president. With state and local budgets drained, another bill will likely be needed or cuts will be hit to a number of sectors including education, public transportation, and more.

Popup markets helping many without jobs

Mon Dec 21 , 2020
The pop up market started in the late summer with just two vendors. Over time, more people wanted to join. NEW ORLEANS — The pandemic has changed the lives of many Americans and most who have been impacted are food service workers. Many of them have been out of work […] 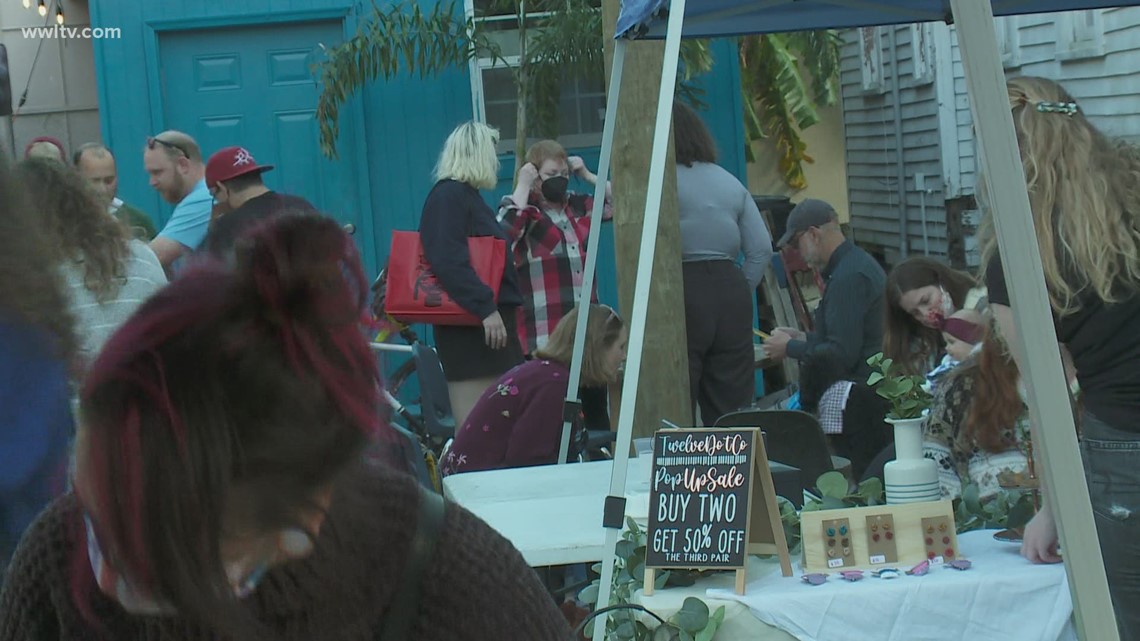