Kingsley attends the “special school” with white children as well, though their issues seem to be more fundamental than those of the Black students; they’re also neglected, perhaps because schools at that time didn’t offer resources to disabled children or children suffering from indifference at home. Kingsley’s home life isn’t easy, but that’s due to the state more than his parents. His father, Esmond (Daniel Francis), toils as a carpenter while his mother, Agnes (Sharlene Whyte) loses sleep as both a homemaker by day and a maid by night. Kingsley’s older sister, Stephanie (Kindred’s Tamara Lawrance), has excelled at school and dreams of becoming a fashion designer; she’s often forced to play third parent to make up for her parents’ necessary absence.

McQueen takes a two-pronged approach to interpreting Kingsley’s predicament. One is systemic and collective: a group of West Indian mothers organize the parents of the children sent to the “special schools” and plan to appeal their cases through state authorities. They also create Saturday schools, where Kingsley and other Black students abandoned by the system can receive quality education. Kingsley flourishes in these sessions, and meets other inquisitive children like him.

The other side of McQueen’s analysis is more individual. At one point, organizer Lydia Thomas (Josette Simon) tells Agnes—who has recently refocused her energies on Kingsley’s education—that she wishes more parents were like her. In other words, willing to fight for their children by challenging Britain’s education system. It’s a loaded comment that seems strange coming from an organizer who has been, up to that point, focused on systemic problems. Is it really the parents’ fault if they’re struggling to survive in the British empire, where their West Indian education and qualifications don’t count for no good reason? Are parents worthy of ire for simply trusting that educators will educate their children?

My own father attended school in London in the 60s and 70s; the son of a West African nurse and lawyer, schoolwork was exceptionally easy for him. Yet he still faced racism at the hands of teachers and some classmates. For him, being twice as good did not prevent underestimation and cruelty, though the force of his bookishness as well as a scholarship to attend medical school did offer him much better options than Kingsley initially receives. When my sisters and I went to school in the U.S., we, like Kingsley, were often singled out for talking too much even though our white classmates were just as noisy. Our parents made sure we could read and write before we ever began school; now I understand why.

Still, this preemptive education may not have been possible if they held a lower social position; because my father is a doctor and my mom didn’t have to work while we were small children, they had time for us. My parents, like many immigrant parents, regularly instilled the importance of education—and beyond that, they also had the means to make sure we had access to books, educational videos, well-resourced public schools, and, usually, their undivided attention. Because of class, the prejudice that made some teachers assume I was misbehaved or unintelligent because of my skin color could easily be counteracted.

Though Education offers a vital window into what organizing looked like amongst Black families at the time, the film doesn’t do much to contextualize Agnes and Esmond’s struggles beyond their blunt daily reality. It’s easy, then, to accept Lydia’s statement—a sly dig at less bootstrap-pulling families—as a reasonable evaluation. In this same conversation, there is a minor foreshadowing towards Margaret Thatcher’s austere reign, yet no meaningful attempt to make sense of how organizing itself can help us stop blaming under-resourced parents. These days, in both the U.K. and the U.S., there are schools where students with differing needs aren’t separated from their classmates, but instead have educators assist them in class while a head teacher carries on with the lesson. This is the work my mom does, in fact, in a public school in a wealthy neighborhood. The fact that there isn’t universal access to even fairly minor reforms like this should be the focus of our disappointment, rather than parents who fail to knock down the headmaster’s door.

At one point, Lydia introduces Agnes to Grenadian politician and educator Bernard Coard’s How the West Indian Child is made Educationally Sub-normal in the British School System: The Scandal of the Black Child in Schools in Britain. It’s a book that offers solutions to families, but it also outlines institutional biases that continue today. Despite highlighting Coard’s work, Education leaves out something fundamental about him: Coard is not a reformer but a revolutionary—a communist who, in the 70s, returned to Grenada from Britain to change his country. This omission, while disappointing, makes some sense. An individual focus offers swift and small triumphs, whereas a collective focus risks complications, perhaps even a fall from great ambitions.

Throughout Small Axe, McQueen is ambivalent about how to compare reform to revolution. With Education, he seems to meld the rallying cry with the wagging finger, as if attempting to split the difference between groups and generations. While that approach may make for comforting television, it doesn’t quite square with history.

— Cover Story: Stephen Colbert on Trump Trauma, Love, and Loss
— Rosario Dawson Tells All About The Mandalorian’s Ahsoka Tano
— The 20 Best TV Shows and Movies of 2020
— Why The Crown Season Four’s Prince Charles Appalled Royal Experts
— This Documentary Is the Real-World Version of The Undoing, but Better
— How Hero Worship Turned to Scorn in the Star Wars Fandom
— In Light of The Crown, Is Prince Harry’s Netflix Deal a Conflict of Interest?
— From the Archive: An Empire Rebooted, the Genesis of The Force Awakens
— Not a subscriber? Join Vanity Fair to receive full access to VF.com and the complete online archive now.

Klickna shows path to proper use of verbs

Mon Dec 21 , 2020
Cinda Klickna served as president of the Illinois Education Association. Several years ago, Cinda Klickna had a Korean foreign exchange student in an English class she was teaching in Springfield. The student asked Klickna whether the correct use of the verb was “he doesn’t” because she was hearing a lot of […] 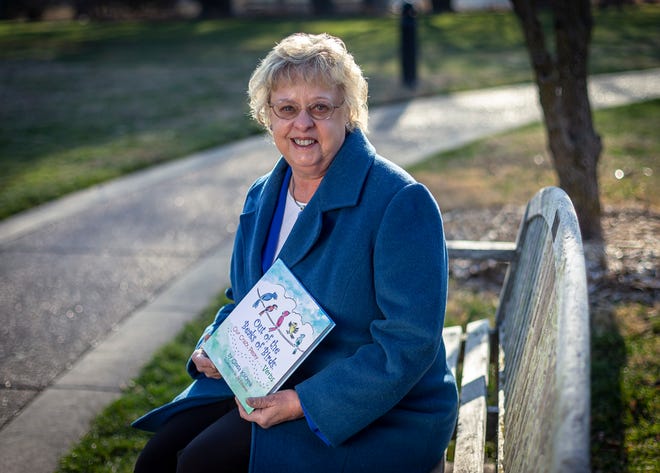