One of lawmakers’ biggest tasks when the legislative session begins this week will be writing a budget that outlines state spending for the next two years. Lawmakers will likely have to contend with budget shortfalls due to the COVID-19 pandemic and the economic recession that has accompanied it. Education advocates in Fort Worth and statewide worry schools could see a repeat of the steep budget cuts they took in 2011, potentially reversing achievements included in an education finance overhaul the state passed two years ago.

Fort Worth school officials wouldn’t comment on the district’s priorities for the legislative session. But Fort Worth Superintendent Kent Scribner has said it’s crucial that lawmakers avoid drastic cuts to public education like the legislature made in 2011. That year, lawmakers cut $4 billion in funding to school districts across the state as they dealt with fallout from the recession.

“It really did impact a whole generation of students from 2011 on,” he said.

The 2011 budget cuts affected the teacher workforce for years, forcing districts to adjust to larger student-to-teacher ratios, Popinksi said. Fewer teachers, in turn, led to lackluster outcomes on the National Assessment of Educational Progress, commonly known as the Nation’s Report Card, he said. In 2019, when Texas lawmakers passed House Bill 3, which overhauled the state’s education finance system, it finally returned the state’s schools to the level of per-student funding they’d received before the 2011 cuts, he said.

Popinksi said it’s vital that lawmakers avoid cutting funding for full-day pre-kindergarten programs in districts across the state. Lawmakers included a requirement in House Bill 3 that school districts statewide offer full-day pre-K programs to 4-year-olds who meet certain qualifications, including those from economically disadvantaged families, those who can’t speak or understand English and children of active duty military service members. Lawmakers gave districts extra money to allow them to expand half-day pre-K programs to full-day. Districts that already had full-day pre-K were allowed to put that money toward other early learning priorities.

But for years, the state’s pre-K programs have been subject to a “funding yo-yo,” Popinksi said. The investment in full-day pre-K included in House Bill 3 offered more stability, he said. It’s important that lawmakers protect that funding, he said, even if it means throttling back on other programs included in the bill such as teacher incentives and bilingual education.

“What school districts need is a stable funding source so they know they can provide the program,” he said.

In a prepared statement, Brandom Gengelbach, president and CEO of the Fort Worth Chamber of Commerce, said public education is a key piece of the chamber’s legislative agenda this year.

“To meet the needs of our business community, we aim to maintain the progress of previous legislation and protect an equitable, accountable and well-funded public education system that serves all children and strengthens our talent pipeline,” he said. “In addition, the chamber supports access to quality and affordable childcare options that’ll enable workforce participation for parents and improve long-term academic success for all children.”

Texas’ pre-K offerings fall short of national standards, according to a report released last spring by Rutgers University’s National Institute for Early Education Research. The institute’s annual State of Preschool yearbook lays out 10 benchmarks researchers say states must meet for their early childhood programs to be successful. The benchmarks include maximum class sizes, student-to-teacher ratios and degree and certification requirements for pre-K teachers.

In 2019, Texas met only three of the 10 benchmarks in the report: requiring bachelor’s degrees for pre-K teachers, requiring teachers to have specialized training in teaching pre-K and requiring vision, hearing and health screenings for students. Researchers pointed to the pre-K provisions included in House Bill 3 as possible progress.

But the study’s authors worried about the effects the pandemic and accompanying recession would have on state funding for pre-K programs. They noted the Great Recession’s effects on state budgets, and therefore state-funded pre-K programs, lasted long after the recession had ended.

“During the last major economic downturn preschool programs suffered because their funding is discretionary and unprotected,” said Steve Barnett, the institute’s founder and one of the study’s authors. “Preschool spending declined, quality standards slipped, and teacher pay was cut. With another recession likely, extraordinary state and federal action will be needed ensure our youngest learners are not just protected, but better served.”

Before House Bill 3 went into effect, the Fort Worth school district offered universal full-day pre-K. Mike Ball, chief financial officer for the Fort Worth school district, said the district received about $19.7 million under the bill’s early learning allotment. The district uses that money to fund teacher salaries in kindergarten through third grade, he said. If the early education funding were eliminated, it would leave the district in a difficult position, Ball said.

“We recognize that the state has its own budget issues, so our hope would be that if we can just maintain what we have, that would be good in the current environment,” Ball said.

Ximena Antunez de Mayolo, chairwoman of the Tarrant County nonprofit Early Learning Alliance, said it’s important that lawmakers preserve the early learning allotment because many school districts have only just started implementing the changes made in the law. Several North Texas districts received waivers allowing them to continue with only half-day pre-K programs while they made plans to expand those programs to full-day. If that funding went away, she said, the initial investment from House Bill 3 and much of the work those districts did to expand their programs could go to waste, she said.

Other districts that already offered full-day pre-K have used the money to expand their programs to reach more students, Antunez de Mayolo said. The Crowley school district, for example, used state early learning money to begin two Montessori programs for 3-year-olds. Other districts have expanded training for pre-K teachers and teaching assistants, she said. If lawmakers cut that early learning money, it could put many of those expansions in jeopardy, she said, and the state wouldn’t receive the full benefit of its own investment.

Antunez de Mayolo said other sections of the bill that deal with older students are just as critical.

“As much as I am a passionate advocate for early learning and for pre-K, I’m also very cognizant of the fact that kids’ learning does not exist in a vacuum,” she said. “The amazing, great strides that we’ve made in the early learning space need to be continued to be supported as they go through elementary school, middle school, high school and into college.”

Related stories from Fort Worth Star-Telegram

Silas Allen is an education reporter focusing on challenges and possible solutions in Fort Worth’s school system. Allen is a graduate of the University of Missouri. Before coming to the Star-Telegram, he covered education and other topics at newspapers in Stillwater and Oklahoma City, Oklahoma. He also served as the news editor of the Dallas Observer, where he wrote about K-12 and higher education. He was born and raised in southeast Missouri.

Survey: Most Wisconsin School Districts Taught Children Online In Spring 2020 Though Many Struggled

Mon Jan 11 , 2021
When the state of Wisconsin shut down schools in March, Wisconsin’s school districts were essentially handed lemons and tried to make lemonade with whatever ingredients they already had on hand.  For districts where most students had internet access at home and schools had already implemented a one-to-one device program that provided […] 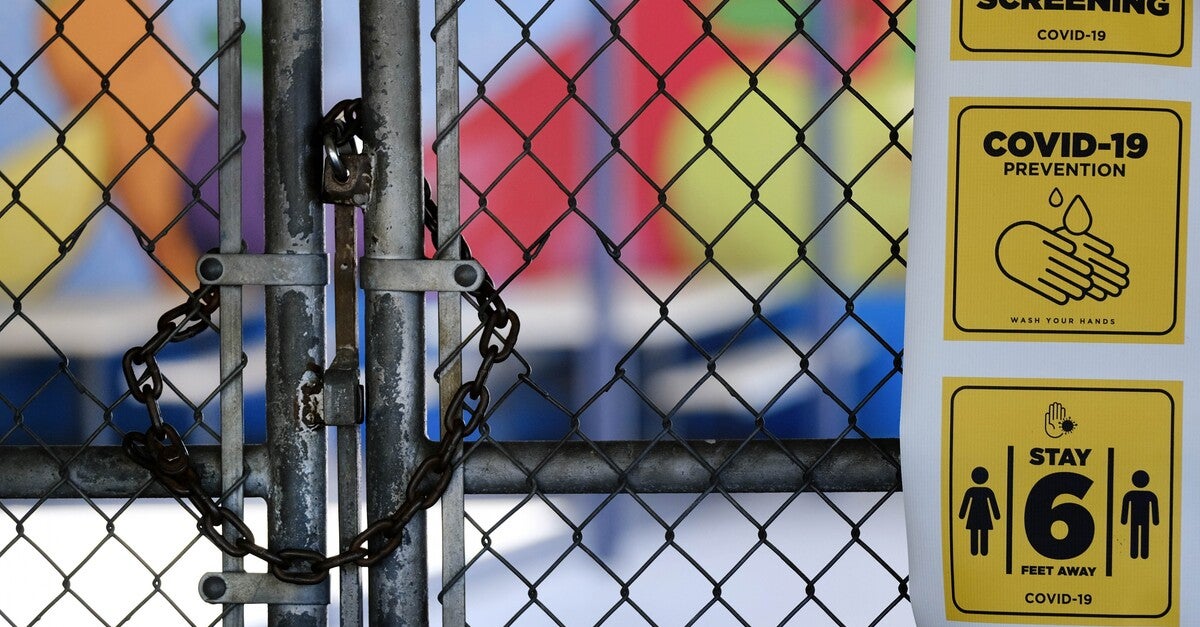