Some people who were at the Capitol on Wednesday are out of their jobs after images of them at the protests there appeared online.

A day after the riots, a direct marketing production company posted a statement on its website: “Navistar Direct Marketing was made aware that a man wearing a Navistar company badge was seen inside the U.S. Capitol on January 6, 2021 during the security breach. After review of the photographic evidence the employee in question has been terminated for cause.”

“While we support all employee’s right to peaceful, lawful exercise of free speech, any employee demonstrating dangerous conduct that endangers the health and safety of others will no longer have an employment opportunity with Navistar Direct Marketing,” the statement continued. It did not name the man who was fired.

Another case is that of an attorney named Paul Davis. According to Roger Sollenberger, a writer for Salon, he was seen in a video saying, “We’re all trying to get into the Capitol to stop this, and this is what’s happening. They’re teargassing us, and this is not acceptable. Not acceptable, people are not going to stand for this.”

On Thursday, the Texas-based company Goosehead Insurance said in a tweet: “Paul Davis, Associate General Counsel, is no longer employed by Goosehead.”

In a Facebook post on what appears to be Davis’ profile page, Davis seems to refer to the video Sollenberger shared, saying the video was taken out of context. “I said ‘trying to get into the Capitol’ meaning to voice a protest. Not in any violent way,” he posted.

“I already lost my job because of the Twitter mob. I’m not upset. I’m thankful to be suffering for righteousness and freedom,” the post continues.

CBS News has reached out to Goosehead and Davis through what appears to be his Facebook page for more information.

Another person who was at the Capitol Wednesday has resigned. Rick Saccone, a former Pennsylvania state representative, shared on Facebook that he was at the protests.

“I see some people are twisting the peaceful protest into something else,” he wrote on Wednesday, sharing a photo of himself in Trump gear in front of the Capitol. “Everyone from our group was involved in peaceful, first amendment assembly. It was part of the metaphor to storm the castle so to speak.” It appears the post has since been deleted.

Saccone said he did not condone violence and did not see any violence at the Capitol, but did see smoke from tear gas. “I cannot imagine anyone being shot for a trespass. The punishment for trespass is not death,” he wrote. “My heart goes out to the young lady who was shot.”

Saccone also posted a video of himself at the protests on Facebook on Wednesday, which also appears to have been deleted.

One day later, Saint Vincent College, where Saccone served as an adjunct professor, condemned the riots. “After reviewing the video posted by Rick Saccone, an adjunct professor, we immediately commenced an investigation of the facts and circumstances surrounding it,” the college said in a statement. “As a result of that investigation, Dr. Saccone has submitted and we have accepted his letter of resignation, effective immediately. He will no longer be associated with Saint Vincent College in any capacity.”

Saccone later told local publication Tribune-Review that he had resigned “for the betterment of the school.”

“I’ve been there 21 years. I didn’t want all this terrible media kerfuffle to tarnish the school. I decided it would be better if I just resigned,” he said. CBS News has reached out to Saccone and is awaiting response.

Others who were not in Washington, D.C., Wednesday have faced repercussions. The Republican Party of Texas announced this week it terminated Walter West as Sergeant-at-Arms for the Party after he posted comments on Facebook about the Capitol assault.

“The Republican Party of Texas in no way endorses Walter West’s statement about the lawlessness occurring at the Capitol Building,” the party’s statement reads. “He will be removed as Sergeant-at-Arms for the Party.”

“Whereas we vigorously support the First Amendment right to freely assemble, we condemn violence and pray for all gathering in our nation’s capital and those at the Capitol Building,” the statement continues. “The Texas GOP has always been on the side of law and order and will remain so.”

West said on Facebook that he was was attending the “Wild Protest” in Washington, D.C., sharing photos of the mob and writing:  “You Accepted ANTIFA burning down your cities… Now Deal with them taking back OUR HOUSE.” He later said in another post he was not actually in Washington D.C.

On Thursday, he posted a statement on Facebook regarding his statements about the protests. “My Post on DC was in no way inciting any violence,” he wrote.

“My personal statement has Unfortunately caused pain, and for obvious reasons of the left and those within The Republican Party Staff, it was misinterpreted, but in no way would I as a Veteran and Former Public Safety Official ever advocate for violence on ‘The People’s House,’ that which I swore an Oath to Protect many years ago,” his post continues.

He also said his “whereabouts during this whole event have been here in Texas.”

Sat Jan 9 , 2021
JACKSONVILLE, Fla. – As COVID-19 continues to surge, some parents say they’re facing a tough decision as the first week of the spring semester comes to a close. Some say they’re pulling their student out of brick-and-mortar classes amid the virus’s spread. A few told News4Jax that they’re not that […] 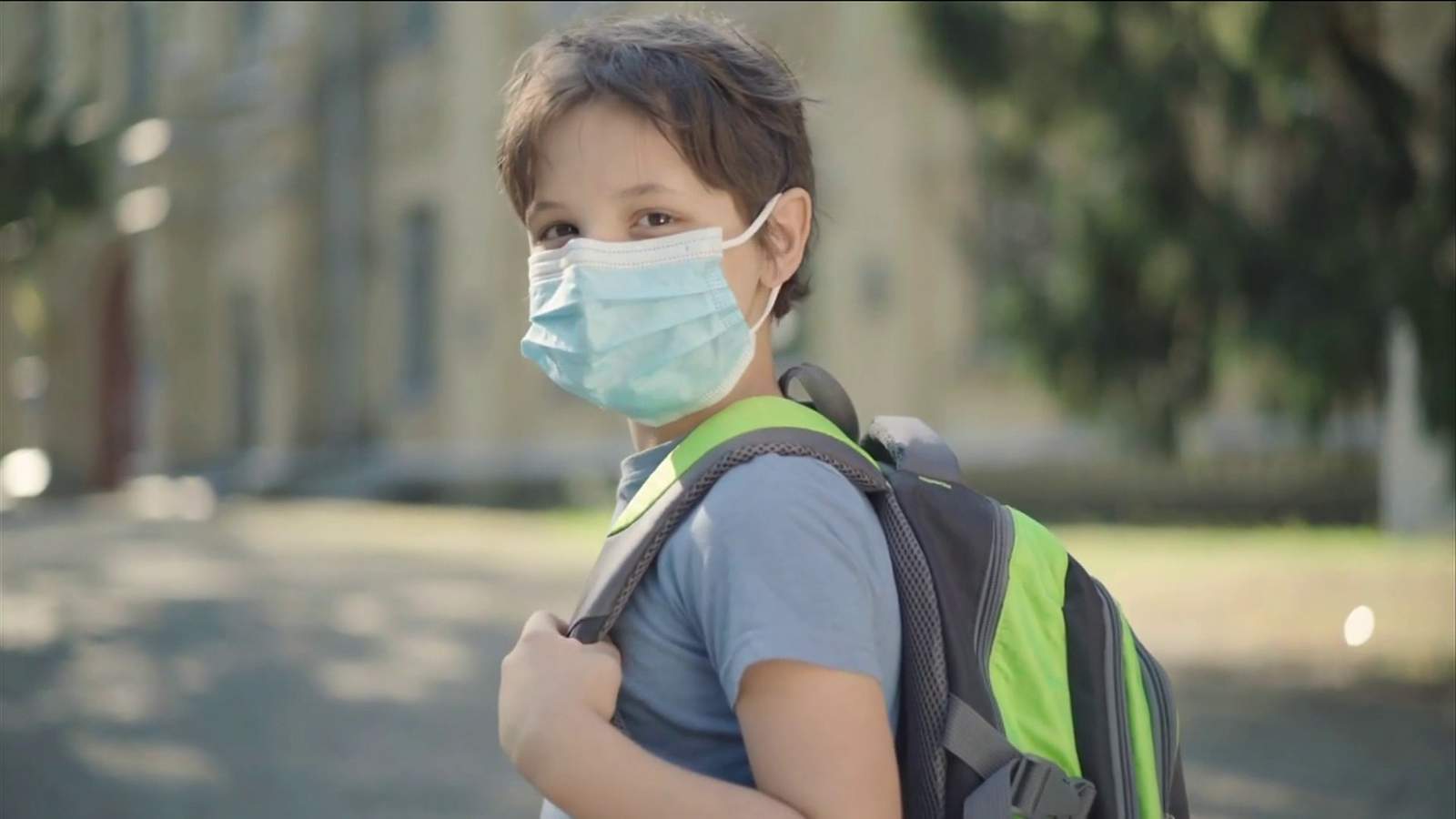