Richard Petrosyan has always had a passion for exploring new questions and knowledge.

However, as an undergraduate at the University of Southern California, he found there wasn’t a particular platform that allowed students to exchange ideas and ask questions.

“A lot of the organizations have, as a purpose, to execute something—some task, some activity that is dictated by an executive committee,” said Petrosyan, a third-year neuroscience student at USC.

This led Petrosyan to create the Philologos Society at USC, an altruistically oriented intellectual society, in July 2019.

“This (society) really enables the student to, whatever their interest is, to explore it, to delve into it and produce some work … and to put it out there on the internet or exchange it with students,” he said.

The student—run organization seeks to promote intellectual growth among its members, while also utilizing this to perform community service in the surrounding Los Angeles communities, said Petrosyan, who is also the society’s president.

The society is split into two main branches—a humanitarian branch and an academic branch, he said.

Within the humanitarian branch, the Philologos Society has partnered with Meals on Wheels West, volunteering weekly to deliver food to those who are homebound, Petrosyan said.

Members also participate in a phone reassurance program where they call program members and check on them, provide mental support, help them access resources and have friendly conversations with them, he added.

“(We want) just to show that throughout this pandemic, they’re not alone, they do still have people who are there to support them,” he said.

The society has also formed partnerships with various schools in the area, Petrosyan said. Society members visit about twice a month and prepare presentations or debates. After the presentation, they try to spark debate with discussion questions, he added.

“We try to expose (the students) to new academic horizons, new topics that they might not have been exposed to before so that they can potentially develop a taste for it and pursue it in college,” he said. “So essentially, this widening of their academic horizons is what we try to do.”

Once a semester, the society hosts a formal debate with the schools, he said. They form different teams and, within each team, students at the schools have the opportunity to strategize with members of the Philologos Society.

“That way, they get exposed to new ideas, maybe different levels of thinking,” he said. “They start to learn how to think at a higher level. So there’s an exchange of ideas going on.”

The society also collaborates with the Los Angeles Metropolitan Debate League, where they judge debate tournaments on a monthly basis and provide feedback, Petrosyan said.

Sean Silvia, vice president of the society, said judging the debates has been one of his favorite events with the society.

“At the end, you give the students involved your comments,” Silvia said. “Just seeing their smiles when you compliment them or notice a cool argumentative trick that they’ve done, or seeing the smiles of the students that we gave the presentations to, the local high school students, where you can tell that they’re learning, they’re getting excited, getting that sort of emotional response is really gratifying.”

In the academic branch, the society brings in professors from different departments and specialties to come speak at meetings, Petrosyan said. They also hold internal debates and documentary screenings, as well as symposiums where students prepare presentations about research topics of interest.

Additionally, the society posts educational content and videos about its volunteering projects on its YouTube channel, he added. Members can also write opinion columns about general philosophical questions or news articles that summarize scientific articles in a way that is understandable for a nonscientific population.

“A great variety of our activities, especially in the academic branch, definitely aim to make easier to understand knowledge that we try to acquire from ourselves, make academics more palatable to whoever exists in the audience and wants to learn more,” he said.

When creating the society, Petrosyan added that he was particularly inspired by the versatility of the Greco-Roman education that he learned about in his Classics courses.

“What they aimed to do was to teach the students about all topics, whether it’s science, whether it’s philosophy (or) rhetoric,” he said. “In the American educational system, there’s a lot of specialization and that specialization takes place very soon so people are not exposed to other topics.”

Since it was founded over a year ago, Petrosyan said the society has continued to grow, both in terms the activities it hosts and scope it covers, and the number of students drawn to the group.

“We give the students the freedom to get involved in what they want,” he said. “Do they want to make presentations to high schools? Do they want to physically volunteer? Or for those who are not in Los Angeles, we give them the opportunity to do it through the (internet).”

Silvia said he initially got involved to help the society expand its YouTube channel and make educational videos.

“And then, you know, seeing all the opportunities that were at hand, I got very excited and really participated and worked my way up the rankings,” he said.

He added that the society provides a fantastic venue for intellectual growth and camaraderie.

“It’s a great space for everyone to share ideas, to learn (and) to grow without judgment, and that’s really fantastic,” he said.

AOC calls Amazon jobs a 'scam' because more than 4,000 of its employees are on food stamps 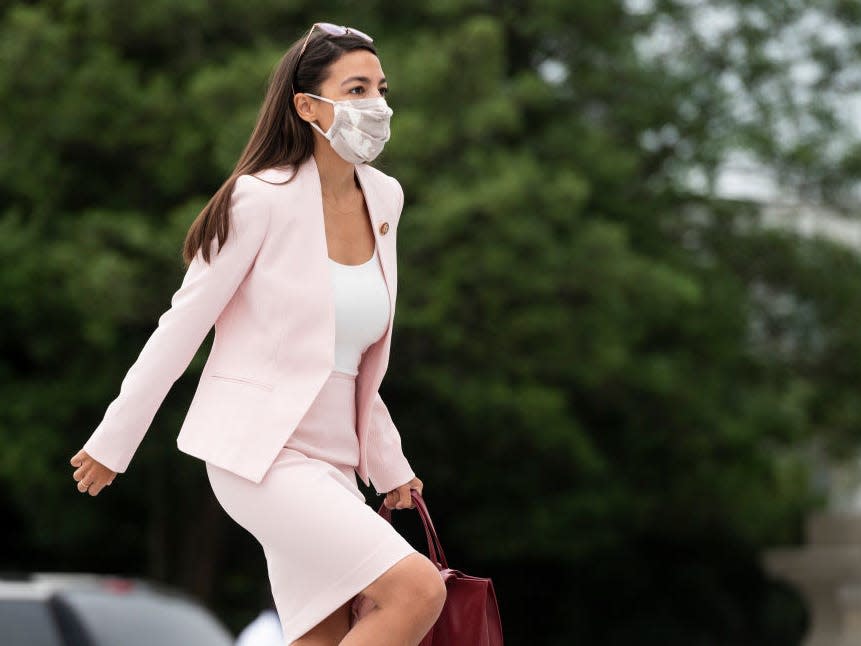