Two weeks before Honolulu’s former budget director Manny Valbuena left office, his department hired his daughter for a six-month gig that was not advertised and for which no other candidates were considered.

Marielle Valbuena, 26, had been working in the office of former managing director Roy Amemiya, a longtime colleague of her father. As an appointee, she was set to lose that job when former mayor Kirk Caldwell’s term ended, according to Amemiya.

“It’s part of my job to make sure that people who are losing their jobs get placed,” said Amemiya, who signed off on Valbuena’s transfer to the Department of Budget and Fiscal Services. “I take that very seriously. I think it would be wrong of me just to let people end up without a job after we gave them an appointment position.”

Jobs at Honolulu Hale don’t have to be advertised if they’re contracted out.

Valbuena started work as a “procurement and specifications specialist” on Dec. 16, according to the city’s list of personal services contracts. She ended up working there only two-and-a-half weeks then landed a job with newly elected Prosecuting Attorney Steve Alm. She started working in his office on Jan. 2.

Her father created the $3,635-a-month procurement job – one of two identical positions – in November as an “unbudgeted temporary position.”

That designation allows city departments to hire people when they are needed under “unforeseen or emergency circumstances.” The jobs don’t need to be advertised and have attracted scrutiny for years, including a city audit that found they are “perceived as rewarding political insiders.”

At the time the jobs were created, “no recruitment or selection for the position had begun,” according to Brandi Higa, a spokeswoman for the mayor’s office.

“The Procurement Section then recruited and selected Marielle Valbuena for one of these positions,” Higa said in an email.

Manny Valbuena was the acting director of budget and fiscal services under Mayor Kirk Caldwell.

Asked how many other candidates were considered or interviewed, Higa said Valbuena was “the only one that applied/expressed interest” in the job, which was not advertised.

“The purpose of the contract was to hire quickly due to vacancies and the volume of time sensitive work that needs to be addressed and is meant to fill an interim gap until we can fill the civil service position which would go through the normal recruitment process where the position would be posted and advertised,” Higa said.

The Honolulu charter’s ethics code prohibits appointed city employees from using their official positions to grant special consideration or advantage to anyone if the same opportunity is not available to other people.

However, a department could hire the director’s family member without running afoul of the law if the director is not involved in the hiring process, according to Honolulu Ethics Commission Director Jan Yamane. Whether a violation occurred would depend on the specific facts in the case, she said.

The city has no reason to believe Valbuena had a role in recruiting or hiring his daughter, according to Higa.

“Upon learning that Marielle was selected for a position in his Department, Manny forwarded the matter to the Managing Director for review and approval,” the mayor’s office said.

Manny Valbuena, appointed by former Mayor Kirk Caldwell as the acting budget and fiscal services director, is no longer with the department. Several attempts to reach him for comment were unsuccessful.

Reached at the prosecutor’s office, Marielle Valbuena refused to discuss her stint at budget and fiscal services. She referred all questions to city officials.

Sign up for our FREE morning newsletter and face each day more informed.

Mon Jan 25 , 2021
In the storm surrounding highly educated women, I was reminded of my own career trajectory and that of my female colleagues, and the ways by which our professional experiences have been blighted by sexism and sexists. Dr. Jill Biden at the National Education Association Representative Assembly in Houston on July […] 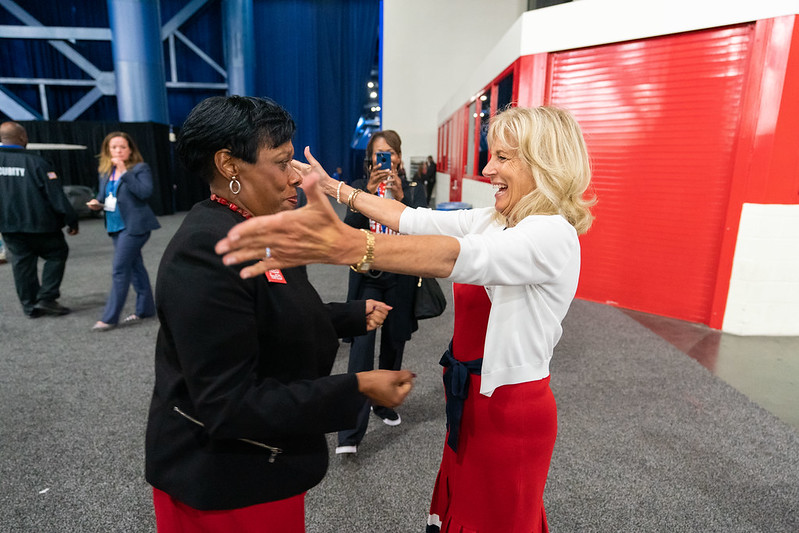