“I think of Sharon as a quintessential Enlightenment-era figure,” Jon Meacham, a former Newsweek editor in chief, said in an email. “She wrote brilliantly about everything under the sun, and beyond it, from the origins of human life to climate change, from the mysteries of the brain to the death of Diana.”

In her 1997 cover story on Princess Diana, she took readers along on the heart-pounding car chase by the paparazzi through the streets of Paris to the stillness of the night at Balmoral Castle, where Prince Charles woke his sons to tell them that their mother — “the mother,” Ms. Begley wrote, “who took them to chow down at hamburger joints and to visit homeless shelters when almost everyone else in their lives thought mainly of palaces and polo” — was dead.

The science beat allowed Ms. Begley to explore anything that grabbed her fancy and, in her modest way, to display her wit. In a short article about whether women were more verbose than men, she concluded, “I could go on, but I wouldn’t want to validate any remaining stereotypes.”

In one of her many stories on climate change, she wrote that magazines were more likely to use a picture of a cuddly polar bear than one of endangered insects, even though the insects’ disappearance would “rip a bigger hole in the web of life.” Newsweek ran that story with a polar bear on the cover.

When Richard L. Berke, co-founder and executive editor of Stat, was assembling a staff in 2015 for what was then a start-up, he asked for the names of the best science writers in the country. Ms. Begley, then at Reuters, was on virtually every list.

Once she came on board, “she brought instant credibility to our fledgling news operation,” inspiring other journalists to sign on, said Mr. Berke, a former assistant managing editor of The New York Times. In her time at Stat, Ms. Begley broke new ground in the esoteric fields of genomics and genetics, but always in reader-friendly prose.

She wrote with moral clarity. In one piece, she suggested that the lack of urgency in finding a cure for sickle-cell disease was because it mainly afflicted “the wrong people” — that is, Black people. In another, she said that a “cabal” of researchers had thwarted progress in finding a cure for Alzheimer’s by clinging “dogmatically” to one theory of the disease while rejecting alternative approaches.

Sat Jan 23 , 2021
FOX Business’ Gerri Willis on how manufacturers are faring right now and Biden’s upcoming ‘Buy American’ plan. Continuing a flurry of executive action, President Biden signed an order Friday calling on the Labor Department to allow workers to collect unemployment benefits if they quit jobs they fear put them at […] 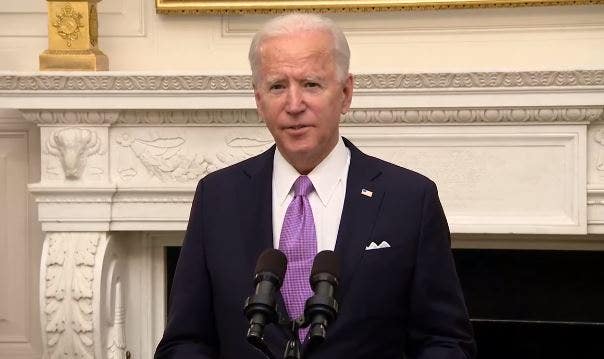