Way back, in those halcyon and innocent times pre-Covid, scientists’ roles in society seemed much simpler. We knew where we stood when it came to explaining our work to the public. It was either exciting, like reporting on the discovery of a new particle or exoplanet, or it was completely ignored by an uninterested world struggling to understand subjects too remote from everyday experience. It almost seems hard to believe now, but there was a time when epidemiologists, immunologists and virologists – today’s near-superheroes and villains – could only dream of being given airtime or column inches to talk about their areas of expertise.

How the world has changed. The public’s appetite for science in 2020 has been insatiable as we have all looked to it for certainty in uncertain times; in fact, we have witnessed a major shift in the way the public views the role in society. The media and the wider public have wanted to know how scientific research is carried out and how its claims are tested, and there has been a scrutiny of how scientists conduct themselves and communicate their work like never before. So, if there are any positives to take forward from this most difficult of years, one may be that the race to understand the Sars-CoV-2 virus and to find ways of defeating it have also highlighted the worth of the wider enterprise of scientific research.

Before the pandemic, there had been a period of a worrying culture of dismissing experts, people were supposedly sick of them: but this year, the public largely responded quickly to the call to “trust the science” and “follow the scientific advice”, whether it has been on matters of simple hygiene, social distancing, the wearing of face masks or vaccines. For the scientists themselves this has presented a new challenge: one that has been eagerly accepted by many who have stepped into the spotlight. Their job has been not so much to feed the public’s innocuous curiosity about exciting discoveries – that’s so last year – but rather to provide guidance to policymakers, justification to the wider public for those, often unpopular, policies enacted as a result of that advice, as well as updates on the progress of research in laboratories around the world trying to understand and defeat an invisible enemy.

Over the past year, not only have so many scientists had to work faster and harder than ever in a race to save lives, but they have also been required to give a constant running commentary on their progress. Along the way, they realised they had to explain the processes of science itself and how scientific knowledge is gained: the importance of uncertainty, the reproducibility of results, the gradual buildup of a picture with the accumulation of data, and the inevitability of making mistakes when that picture is incomplete.

Such has been the success of this call to arms, to feed a media and public ravenous for daily science news and advice, that it is tempting to think everyone must now have at least a basic understanding of exponential curves, false positives and R values. Such technical concepts are now discussed as freely and regularly as we talk about the weather. Even if much of the science remains obscure to many, the public’s trust in science and scientists is perhaps as high as it has ever been. And now, as this miserable year draws to a close, science is emerging victorious from its bumpy ride, having produced an impressive range of vaccines, each delivering in its own novel way the genetic instructions to make the molecular ammunition to fight back against the virus.

Maybe now all these great scientific minds will return to the serenity of their research labs and pick up where they left off, with less media attention. Perhaps. But all this talk of the scientific method has highlighted the fact that not everyone is on message, with much still in dispute. And so, in 2021 we must all make use of the tools of science: a demand for reliable evidence, critical thinking, open debate and a willingness to revise our ideas in the light of new data, in order to tackle falsehoods and misinformation. This is going to be critical in the coming weeks and months.

I fear that too many people, feeling a false sense of security thanks to the start of a mass immunisation programme, will drop their guard, having convinced themselves that the Covid-19 virus takes the Christmas holidays off too. Then there is that significant minority of people who will refuse the vaccine, whether nervous that it has been rushed through too quickly without the proper checks on its safety or, more foolishly, that vaccines in general should be avoided. How then should society respond to this kind of misinformation, especially when it can spread faster than the virus itself?

Is this trend of people buying into preposterously false narratives, for example that Covid pandemic is all a hoax or that vaccines are means of mind control, a cause for genuine concern? Of course. But is it surprising? Not really – conspiracy theories are hardly a new phenomenon. It is human nature to gossip, fabricate, exaggerate, while those in power will always use propaganda or distortion of the truth for political or financial purposes. At a time when we are being bombarded with information it can be hard for many to tell truth from falsehood – far too many people have what we can call poor information literacy.

We all want answers, but we need to know where to look and whom to trust. Take the new Covid vaccines, for example: scientists understand very well that randomised control trials involving tens of thousands of volunteers that are run to find out whether new vaccines are safe and effective are pretty much as good as it gets. They are the gold standard of evidence-based science. But is this reliable process of gathering knowledge well understood more widely by the public? There is a real risk that too many people will be taken in by the deluge of fake narratives about issues such as vaccines – many of which are ideologically driven and readily available online.

The politicisation of scientific knowledge has come of age this year, but is probably inevitable when it has such a direct impact on our lives. Navigating this minefield of polarised opinions, particularly during the pandemic, has been a challenge for everyone, scientists and non-scientists alike. It should not, however, deter us from continuing to debate and discuss openly and honestly, the importance of thinking rationally and critically.

All of this is important, not just to see us through the pandemic. Tackling misinformation and maintaining society’s trust in science is needed for the many battles that lie ahead. The continued ability of the scientific enterprise to tackle the biggest challenges facing humanity in the 21st century, be it the climate crisis or eradicating disease and poverty, the arrival of new pandemics, or simply learning more about ourselves and our place in the universe, all depends on openness and collaboration. It is clear that it cannot be left to scientists alone to shoulder the burden of ensuring humanity’s survival. Politicians, the media and the general public all have a role to play, just as we have collectively done this past year. Maybe these new lessons we have all learned throughout 2020 really can be a silver lining to the dark Covid cloud.

• Scientists in the Spotlight, presented by Jim Al-Khalili, is available on BBC Sounds

Mon Dec 28 , 2020
Serena Wills starts her day by helping her son log on to his virtual classroom. She spends the next eight hours making sure he keeps the video camera on at all times and stays focused when he attends small group teaching sessions for students with learning disabilities. Since she lost her […] 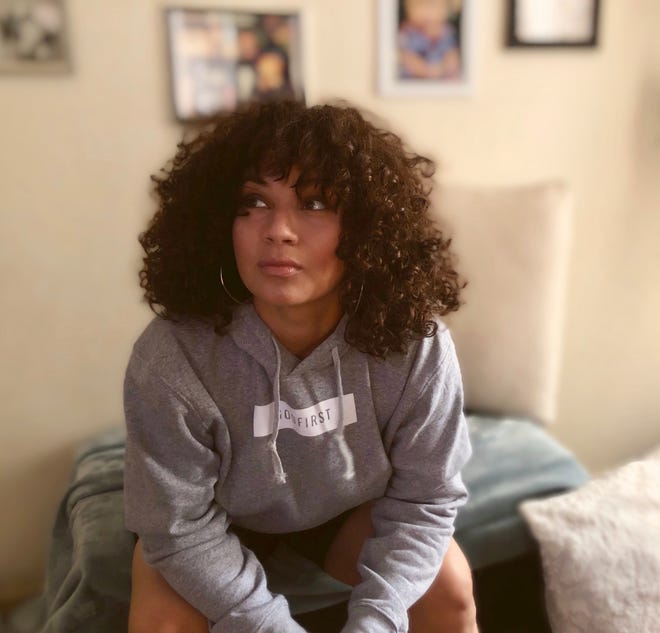