A geosciences team led by the University of South Florida (USF) has developed a new way to reconstruct the sizes of volcanic eruptions that occurred thousands of years ago, creating a first-of-its kind tool that can aid scientists in understanding past explosive eruptions that shaped the earth and improve the way of estimating hazards of future eruptions.

The advanced numerical model the USF team developed allows scientists to reconstruct eruption rates through time by estimating the dimensions of the umbrella clouds that contribute to the accumulation of vast deposits of volcanic ash. The research is published in the new edition of the Nature journal, Communications, Earth and Environment.

The research, which was used to decipher the 2,500-year-old eruption of a volcano in Ecuador, was led by USF doctoral candidate Robert Constantinescu in collaboration with USF colleagues Research Associate Laura Connor, Professor Chuck Connor, Associate Professor Sylvain Charbonnier, doctoral alum Alain Volentik and other members of an international team. USF’s Volcanology Group is one of the world’s leading centers of volcano science and hazard assessment.

When large explosive eruptions occur, they form laterally spreading umbrella clouds into the stratosphere, facilitating the transport of fine-grained ash over hundreds of miles that settles and covers large swaths of land.

Current technology allows scientists to observe ash clouds. However, past eruptions are characterized based on the geological interpretation of their tephra deposits—the pieces and fragments of rock ejected into the air by an erupting volcano. By estimating the erupted volume and mass, plume height, umbrella cloud dimensions and other characteristics, the scientists are able to understand and characterize the volcanic eruptions, therefore improving the forecast of future events.

Using a series of field techniques combined with statistical and numerical modeling, volcanologists extract information from the deposits in order to characterize and classify an eruption on one of the most commonly used scales, the Volcanic Explosivity Index (VEI). Until now, the most sought-after information is the eruption column height and the total erupted mass or volume, Constantinescu said.

But over time, deposits erode and can provide an uncertain picture of older eruptions. Also, current models have been limited in that they assume all volcanic eruptions created mostly vertical plumes, Constantinescu said, and don’t account for large explosive eruptions that form laterally spreading umbrella ash clouds.

The USF team’s work shows that it is the dimensions of the umbrella clouds that is the telling factor in reconstructing past large explosive eruptions.

“The better we can reconstruct the nature of past eruptions from deposit data, the better we can anticipate potential hazards associated with future explosive eruptions,” the team wrote in the new journal article.

The researchers propose updating the VEI scale with the umbrella cloud dimensions, which can now be easily estimated using the mathematical models they’ve developed.

The researchers applied their model to the tephra deposit of the eruption of Pululagua, a now dormant volcano about 50 miles north of the capital city of Quito. Ecuador is considered one of the world’s most hazardous countries for volcanoes. The volcano last erupted an estimated 2,500 years ago and the area is now a geobotanical reserve renowned for its biodiversity and lush green landscape.

There are about 1,500 potentially active volcanoes worldwide, in addition to those that lurk beneath the world’s oceans. In 2020, there were at least 67 confirmed eruptions from 63 different volcanoes, according to the Smithsonian Institution Global Volcanism Program.”If in modern times the umbrella clouds of large eruptions are easily observed, we now have the ability to estimate the umbrella clouds of past eruptions,” Constantinescu said. “Our numerical model enables us to better characterize past volcanic eruptions and inform models for future hazard assessment.”

Delay, dismantle, resist: DeVos leaves a legacy like no other Education secretary

Tue Jan 5 , 2021
Like DeVos, Cardona pressed for schools to remain open for in-person lessons during the pandemic, but ultimately left the decision up to local decision-makers and issued statewide rules about masks and other precautions for schools. DeVos has won favor on the right with swipes at teachers unions as anti-student and […] 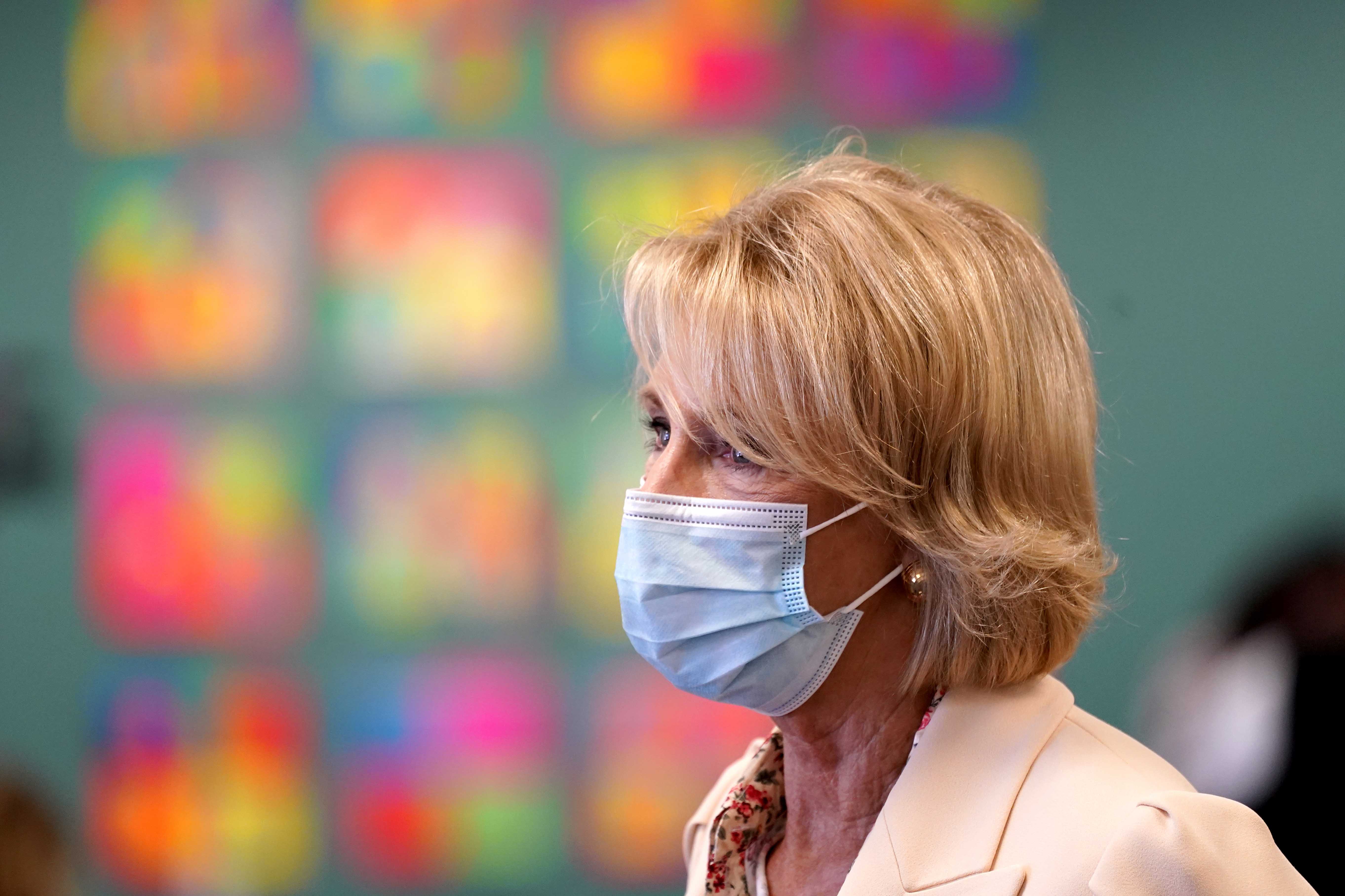