There’s no shortage of myths about the Middle Ages, like the oft-repeated — and easily debunked — notion that everyone back then thought the Earth was flat. Another common misconception is that scientific progress largely went dark during this era, snuffed out by the medieval church. But if you ask University of Cambridge historian Seb Falk, the reality is far brighter.

Falk, who researches the history of science in the later Middle Ages, has more recently focused on how — and by whom — science was actually done in medieval times. His latest book, The Light Ages: The Surprising Story of Medieval Science, gives an insider’s look through the tumultuous life of a single 14th-century monk and astronomer, John Westwyk.

Falk caught up with Discover to talk about myths about the so-called Dark Ages, monks who practice science and the scientific instrument that’s a little like a medieval smartphone.

Q: When did you first become interested in medieval history and the history of science?

I was always interested in medieval history. As a kid, I was really into in knights and battles and that kind of thing. I did medieval history as an undergrad. And I had a kind of strange career route because I worked in the government in the U.K. and then I became a history teacher. It was when I was teaching history, at a school in Canada, that I was asked to teach something called “Theory of Knowledge.” It involved some philosophy of science — how do scientific ideas come about, how do people develop science and what counts as evidence, as proof? How do we understand the world around us, through science? And how does that differ from other ways of gaining knowledge about the world? I was interested in that.

Q: In your book, you argue that what we think of as the Dark Ages was actually an era of scientific interest and inquiry. Where does this idea come from that the Middle Ages were devoid of progress?

Well, just the phrase Middle Ages, or the word medieval is already a kind of slander, right? Even from the very concept of the Middle Ages, there’s already an element that people are being negative about it. And where it comes from is the period right after the Middle Ages: The Renaissance. People decided that they would call the period they’re living in the Renaissance because they were trying to recover the glories and the achievements of ancient Greece and Rome. They were trying to see themselves as the heirs to ancient Greece and Rome. And in order to do that, they said everything that came between the fall of Rome and the rise of the discoveries and achievements of The Renaissance was this bit in the middle that you don’t want people to worry about.

And then it was picked up — particularly in the English-speaking world — by Protestants; Christians who rejected Roman Catholicism and the authority of the pope. Because they saw this period before the [Protestant] Reformation in the 16th century as being dominated by the church. So it was a way, for them, of disparaging the church; because they were anti-pope, they said that everything associated with the pope must be awful. And they picked up on episodes where the church had acted badly and took it to represent the entire period of 1,000 years, which is hardly fair.

As science develops, people who want to show off their own achievements naturally assume that everything before them was ignorant. It’s assumed that because people didn’t have particular technologies in science, like the telescope, or communication, like the printing press, that nothing was going on. Of course, it’s true to say that they didn’t have the telescope or the printing press — but that doesn’t mean you can’t make discoveries or communicate your ideas. You just do it in different ways.

Q: Do you think the fact that religion was so dominant during this era — and that we often think of religion and science as opposed to each other — helped fuel these stereotypes about the Middle Ages?

It’s true to say, at least in Western Europe, that the world as the people saw it was dominated by God. And it was a world in which God was present and active every day. But God is not the same thing as the church, and belief is not the same thing as religion. So there’s a huge amount of gray area in there. How much authority does the church have? Faith and religion were a really important part of people’s lives. And it was a world in which events that they observed around them — phenomena in nature — could be partially explained by God working in the world.

Q: Was there a lightbulb moment when you first started to realize, as you say in your book, that the Middle Ages were “so much more than battles and black boils”? 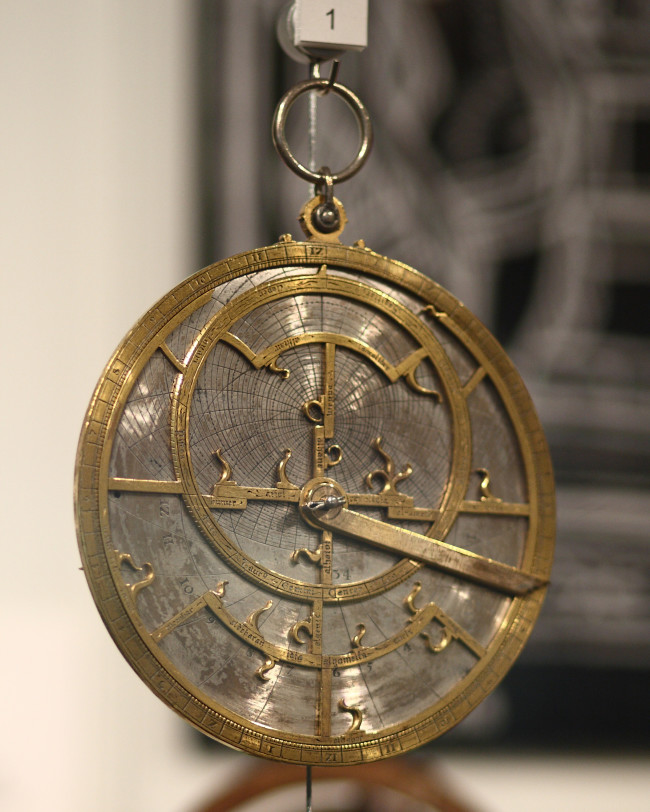 People in the Middle Ages used a scientific instrument called an “astrolabe” to tell the time, measure the motions of the stars and even perform trigonometrical calculations. (Credit: Sage Ross/CC by 3.0/Wikimedia Commons)

And that was one of the reasons why I was so motivated to write the book. Because there was a lightbulb moment — and I think it was when I discovered the astrolabe. I found out about these beautiful brass instruments that were created by people in the Middle Ages. It’s a tangible reminder or lesson that people in the Middle Ages were making these intricate and complex devices. It made me think, “Hang on, there’s a huge aspect to life in the Middle Ages that nobody had talked to me about or told me about.” And that, for some reason, nobody seems to be interested in teaching people about.

I think it was just this moment of realization that there’s this whole other aspect of life in the Middle Ages that we ignore because we’re so caught up in the battles and chivalry and wars and conquest and the Black Death. Yet, all the while, people are still able to
look up at the stars and figure out how the world works and do precise calculations
and do math and astronomy and go study at universities.

Q: How would you explain medieval science to someone today and how does it differ from contemporary ways of looking at science?

The basis of medieval science is that it’s intensely logical. In the Middle Ages, they said the more precise your observation, the harder it is to replicate. Therefore, you have to go back to really, really simple observations. And then use those observations as the basis for logical constructions to build a theory. It’s a different way of thinking about nature, but it’s also intensely practical.

The other part of it is that they do science for really practical purposes. The astrolabe is a device designed to tell the time and to measure the motions in the heavens. So you’re measuring, precisely, the motions of the stars — something astronomers today aren’t really interested in. They’re interested more in cosmology: how things are made and what things are made of.

But people in the Middle Ages made really precise measurements of the planets and the sun and the moon through the stars. Because they wanted the most accurate calendars that they could. That was important to Christians; in order to celebrate the feasts and festivals, like Easter, on the right day of the year, they had to get a very tight grip on the solar and lunar calendars.

Q: Your book primarily follows a 14th century monk named John Westwyck. Why was a crusading astronomer-monk your ideal guide to the story of medieval science?

John Westwyck was really important to me because he’s not a household name. So many histories of science are told as these parades of great men. In these biographies, or in joining the dots of these biographies, which often happens, you get a great genius who is portrayed as being ahead of his time. He does his thing. And everybody says, “Wow!” Then we move onto the next great genius who was ahead of his time. And that is presented as the history of science, but that’s not how science works.

That’s not how science works now, certainly. But it wasn’t true in the Middle Ages, either. Science has always progressed through the hard work and grunt work; the day-to-day, nitty-gritty calculations and observations of huge numbers of people. It was really important to me that I could tell this story of science through this fairly ordinary guy — at least, ordinary for a literate person in the Middle Ages.

At the same time, Westwyck had this really fascinating, adventurous life where he goes on a crusade and gets exiled to the north of England where all the monks are complaining about the terrible food and the terrible weather. And he probably went and studied at Oxford, so that gave me an opportunity to talk about the importance of universities in the late Middle Ages. He was really the perfect guide to the achievements of medieval science.

Q: You mentioned the astrolabe, this ancient instrument that people used in the Middle Ages for telling time and measuring the stars. Why was this such an important device for medieval science — and why was astronomy such an important area of study?

Astronomy was really important because it was the first mathematical science. It’s the first science that is susceptible to careful observation and measurement. Unlike, say, botany and zoology, where you can’t really do a huge amount of quantitative measurement until you’ve got a microscope, with astronomy, you can measure really precisely. So you can see that your theories are correct by predicting the position of a star or planet, seeing if your model for that planet produces an accurate prediction and then refining your theories. Astronomy is where the people who wanted to do complex, clever measurements and come up with advanced, intricate theories would pursue their interests.

And then the astrolabe is fundamentally important because it encapsulates these ideas in a very unique and beautiful package. I liken it to a medieval smartphone. And the reason for that is that the smartphone brings together a whole bunch of devices that exist as individual devices; it has a camera, a telephone, a GPS and a computer. An astrolabe has a map of the heavens; it has a clock to tell the time; it has an inclinometer for measuring altitudes above the horizon, which can be used for measuring the height of a building; it
usually has tools for trigonometrical calculations.

So, like a smartphone, it brings together a bunch of scientific devices in a really neat and convenient package. But also like a smartphone, it’s a beautiful object and a work of art; it’s a design classic. Just like people queue up around the block to get the latest iPhone, people were really interested in upgrading their astrolabes with new apps, as you might say, and certainly with improvements in design. So astrolabes could become places for craftsman to show off their flair and incorporate beautiful, fashionable design.

Q: One thing I loved about your book is that it teaches readers how medieval science was actually done, like doing calculations with decimals on your fingers or using the stars to tell the time. What’s your favorite lesson that you’ve learned from medieval science?

I think it was probably multiplying Roman numerals. Because it’s such an obvious point that Roman numerals are harder to multiply than the Hindu-Arabic numerals that we use today. And that was really wonderful to me, partially because I had no idea. I just assumed, like everybody else, that it’s impossible to do complex multiplications by Roman numerals because they don’t have place value. They don’t have units of tens, thousands or hundreds like our numerals.

Why your job title, education may affect your cost of auto insurance 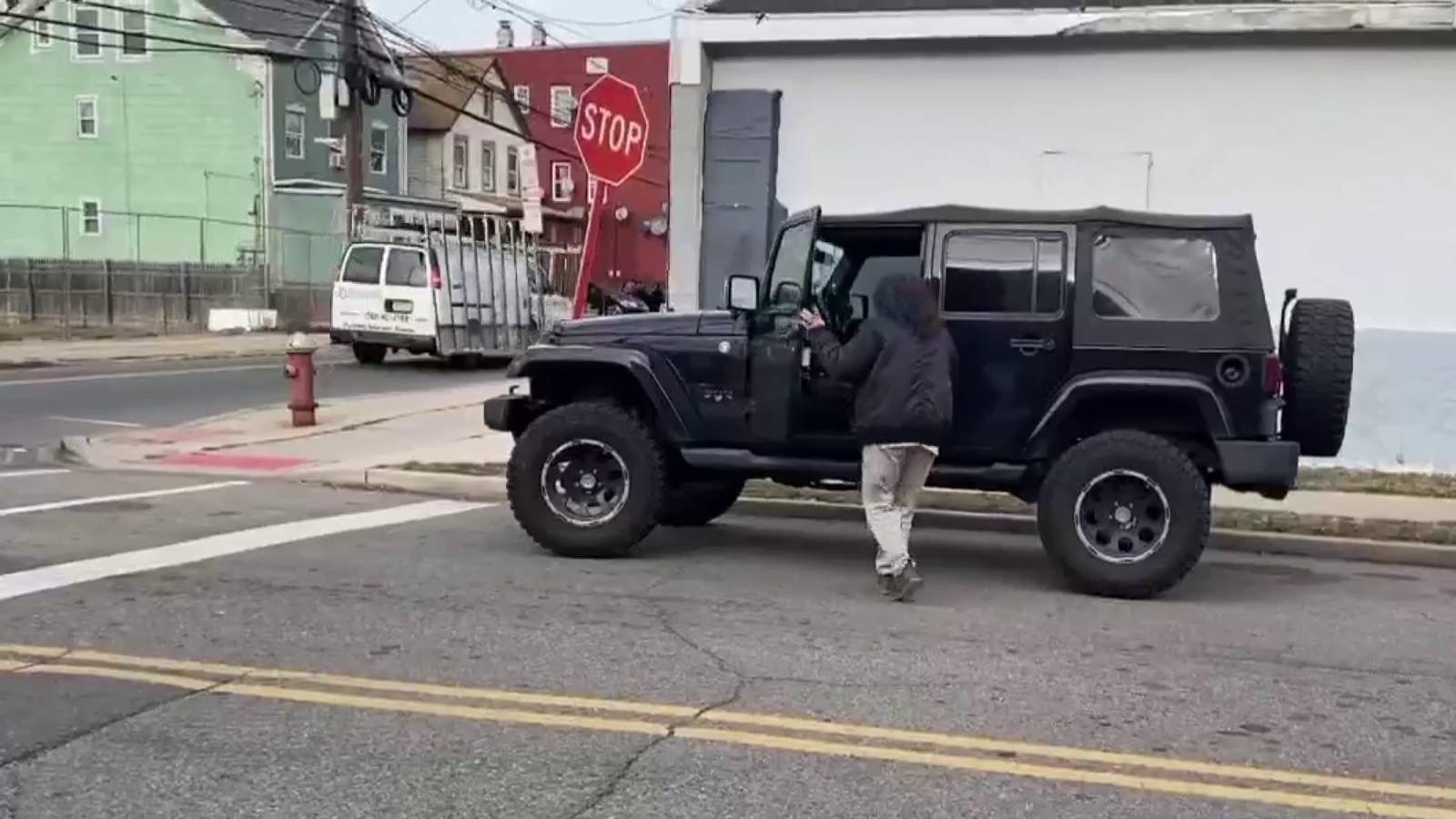