More school systems around the country are using online classes when communities face disasters like wildfires, storms, or water shortages.

In Jackson, Mississippi, a problem with the public water system left the city without safe water for several days. As a result, schools went online for one week.

The time in remote learning did not last long for the 20,000-student school system in Jackson. Enough water pressure was returned earlier this month for children to go back to in-person learning. And last week, the city said water was safe for normal use.

However, online learning increased the disruption for children and teachers. At home, children attending online classes often had their whole family in the house.

Early in 2020, school officials had high hopes for remote learning. Since then, the problems with it have become clearer. The change to online learning caused many students to fall behind where they should be in their studies. And it added to new worries about students’ mental health.

At the same time, the push to online learning led to increased use of technology, which made remote learning possible on a large scale.

In 2018, two powerful storms hit the same areas in North Carolina, causing schools in some places to close. Some students were out of school for weeks. There were attempts at remote learning, but many children did not have laptop computers or other technology.

As a result, most schools tried to move students to other in-person buildings, said Gary Henry. He is head of the University of Delaware’s College of Education and Human Development and has been part of a research team studying the effects of remote learning.

Henry said school systems now will look first to online learning. For a period of a few weeks, he said it could be a way to keep students on track. But the pandemic showed that it is not effective over a long period of time.

Schools in Mora, New Mexico, for example, switched to remote learning last April when the town was evacuated because of a wildfire.

It was a difficult start, Superintendent Marvin MacAuley said. Some of the displaced students and teachers were in evacuation centers and did not have computer technology. As time went on, people were able to get computers or get on the internet.

In mid-August, students went back to school, in person, for the first time since the fire.

“When there’s a lot of stuff that has happened, it’s better to have the kids in person so you can see how they are, take note of their behaviors and provide the support to them,” MacAuley said.

In Cresskill, New Jersey, after a strong ocean storm hit in 2021, the building containing the high school and middle school was flooded. The school system had no choice but to start the school year online.

School Superintendent Michael Burke said that learning online is rough for kids’ mental health issues. “It’s rough for kids for socialization. And it’s hard for parents who have to arrange for someone to be home.”

After a period of time, Cresskill offered both online and in-person teaching. The school system worked with a local religious group to use its 14 classrooms. Later, in February, the school moved into a neighboring town’s church building so students could go to class every day.

Sarah Barrs has a daughter going to school in Cresskill. “It’s not school,” she said of remote learning. “It’s a last resort and it shouldn’t be a crutch that we rely on for school.”

In Jackson, Mississippi, fifth-grade teacher Ryan Johnson used his experience from the pandemic to help new teachers at his school. They faced the same problems when the school system moved online during the city’s water crisis.

Teachers worked hard last year to help students improve, he said. But he said he worries about the possible effects of another long school closure.

Start the Quiz to find out

Words in This Story

disruption –n. something that makes it impossible to continue in a normal way

scale –n. the size or level of something

on track –phrase happening as it should or is expected

evacuate — v. to leave or be taken out of a place because of danger

crutch — n. something that is used too much for help or support 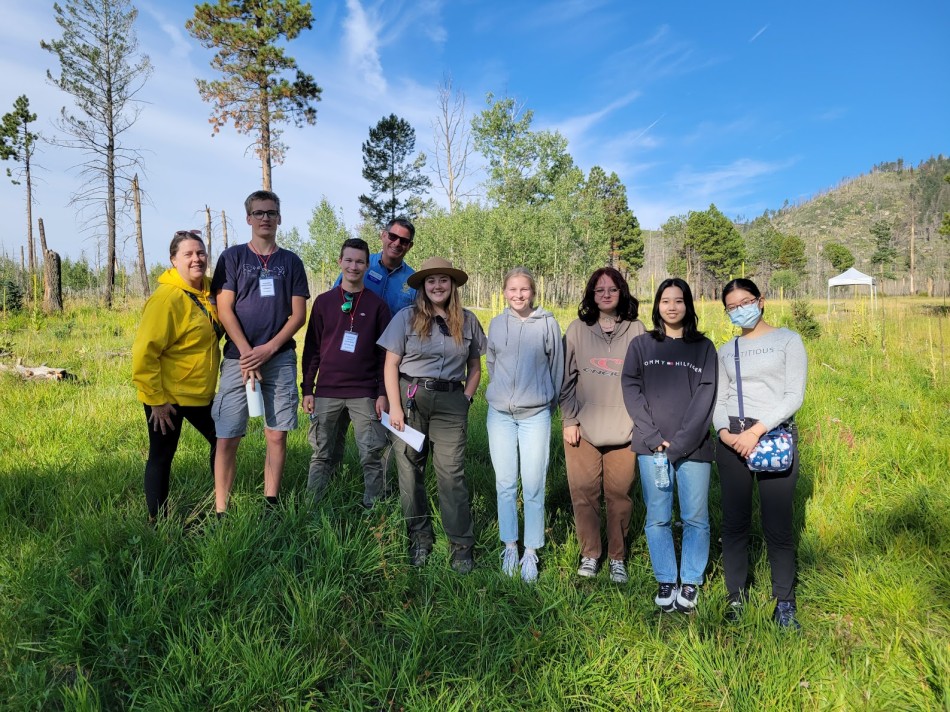