Many students are wondering how to proceed after Ryerson announced this month that university-sanctioned travel is suspended until April 2021 due to COVID-19.

“I feel like I’ve sort of known that this opportunity had the potential to be taken away since the start,” said Mercedes Gaztambide, who was planning on attending City, University of London for media production.

“I knew my chances were getting slimmer and slimmer. So I can’t say it was a surprise, which I think is why I haven’t given much thought to trying to re-plan this,” said the third-year journalism student. “I’ve already come to terms with the fact that it isn’t happening, as disappointing as it is. I need to get on with my life.”

Emma Wright, the manager of global learning engagement at Ryerson, said the timing of the decision was imperative to give students adequate time to prepare for what next semester may look like for them.

“The decision to cancel international activity and the exchange program in particular was not taken lightly,” said Wright. “We understand that many students are likely disappointed, however the purpose of formalizing a decision early was to ensure that students had sufficient time to make alternative arrangements.”

Wright added that the health of Ryerson students and those at partner universities across the world remains the university’s top priority.

Like Gaztambide, third-year media production student Kassandra Bugden was also planning on moving to London for the semester.

Bugden was hoping to study music performance and production at the University of Westminster. She said the exchange would have allowed her to receive a calibre of education in music production courses not currently possible at Ryerson.

“Although media production has been trying to incorporate more music production courses into the faculty, it’s definitely not at the level I would get from going to University of Westminster,” said Bugden.

But now Bugden, like many, is faced with a decision for what comes next for her academic career.

According to Wright, Ryerson has chosen to not grant previously accepted students a spot if they desire to pursue an opportunity in the exchange program come the fall 2021 semester, but are allowing students to re-use and update previously submitted applications, as well as change their preferred destination.

“In order to ensure fairness in the overall application process and to mediate some of its administrative complexity, students will be required to re-apply for the exchange program in the future,” said Wright. “We trust that the process will not be onerous for students as it coincides with the integration of our application processes with our new database management software that allows for a more user friendly experience for students overall.”

Gaztambide said the decision doesn’t sit well with her, that her disappointment in the decision, ultimately, will turn her away from re-applying for the program.

“The application and interview was a grueling and anxiety inducing process, and I wouldn’t want to go through it again,” said Gaztambide.

Bugden echoed a similar sentiment regarding the application process, mentioning it was “incredibly stressful” with an essay and first-person interview, as well as faculty demanding a 4.0 GPA. As for whether or not she would consider re-application next year,  she’s unsure if she’s still eligible.

“I’m not really sure if re-application is possible for me. The FCAD (Faculty of Communication & Design) exchange program says that it’s only for third year students,” she said. “I would like to re-apply but I’m not sure if I could handle that amount of stress again. I would have to have a lengthy discussion with my academic advisor.”

With plans for travel now halted, Ryerson is turning to other methods for the upcoming winter semester, as they look to bridge the gap between students’ pre-arranged exchange programs.

“Many universities, including Ryerson, are exploring multiple ways of adapting to virtual and remote environments for global learning. At Ryerson, FCAD will continue to explore the implementation of a virtual exchange semester for some of their partners, opening up the potential for some students to continue forward with part or all of their exchange semester remotely,” said Wright.

For Bugden, she is forced to go back to the drawing board to decide what is next for her academic career, given that an online program isn’t one that she feels would benefit her.

“I was really working hard all summer to make sure I had funds for the academic exchange, but if I had known that they were most likely going to cancel it I would have relaxed a bit”

Likewise, Gaztambide is in a similar position, as she said her  primary reason to apply for the exchange program was to venture across to a different continent and explore countries like Spain, Italy and Ireland. An online program isn’t what she signed up for.

“The main thing for me was travel, so uprooting my course intentions at Ryerson for more online learning in a completely different setting to what I’m adjusting to now,” said Gaztambide.  “Honestly, I think it would make me feel even more depressed about the fact that I can’t experience it the way I want to.”

While Gaztambide said she thinks the university is trying to handle the cancellation in the best way possible, she didn’t like how students were asked to fill out a survey about their experience and intentions of doing an online exchange program at the same time they were being notified about the cancellation.

“My friends and I were just thinking, seriously? You’re gonna drop this bomb on us and then ask us how we feel about it 10 minutes later? It didn’t sit right with me. I never filled out the survey,” said Gaztambide.

While Gaztambide felt the communication throughout the process was thorough with the exception of the survey, Bugden had a different perspective.

“I have a friend that was going to go to the same university and based on the emails we got we assumed it was all going ahead until we got the cancellation email. I was really working hard all summer to make sure I had funds for the academic exchange, but if I had known that they were most likely going to cancel it I would have relaxed a bit,” she said.

While Bugden understands the decision, she remains  disappointed with the suddenness of it.

As for what the exchange program may look like in fall 2021, Wright noted the application window will likely not open again until November. She also mentioned that she’s uncertain of whether interest in the program will increase or decrease.

“We will continue to monitor the situation globally, including international travel restrictions, Government of Canada travel advisories and the advice of local, regional, international public health authorities. As has always been the priority of the university, any decisions that are made will be done so with sufficient time to allow students to make alternative plans as needed,” said Wright.

Wright went on to reiterate that students could make alternate arrangements in case international travel is still not an option for students come the fall 2021 semester.

She mentioned the possibility of Ryerson International Exchange Opportunity Scholarships (RIEOS)—which were previously allotted to students for the 2020-21 school year—being granted to students come next year allowing for an increase in scholarship allocations should the exchange program be given the green light.

Despite the disappointment with the cancellation, Gaztambide is trying to keep a positive outlook towards what is to come.

“Ultimately, this has been a learning experience for me. I worked hard to earn the opportunity to go on exchange and I experienced the hardship of having that opportunity taken away,” said Gaztambide.

“I know that another door will open eventually, and that if I’m meant to go study abroad, I will. The world just doesn’t want me to do that right now.” 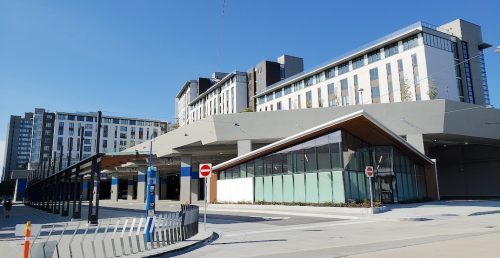