The foreign student exchange program has been a staple of Rotary Club activities for many years, but as it’s disrupted this year by the COVID-19 pandemic, the Rotary District 5550 is taking the opportunity to review the program.

Most every year since 1975, the Weyburn Rotary Club has hosted an exchange student, sometimes two, with Judy Edwards of Australia the first one to come stay in the community and attend the Weyburn Comprehensive School.

This past year, Weyburn had had a student from Sweden, Kat Weinhold, and she had to return home early due to the worldwide lockdowns caused by the pandemic.

(The photos above show some of the students who have been on an exchange to Weyburn, including Hugo Levillayer of France, Kat Weinhold, Vivian Huang of Taiwan; Liza Biard of France, and Giovanna Palhares of Brazil.)

This year there are no exchange students going out due to COVID, while there is a Brazilian student in the district who is still here from last year. She was hoping to return home again, but is having trouble lining up a flight that can fly her back to Brazil.

Longtime Rotary member Bob King took part in a series of Zoom meetings with 25 other district club representatives to look at the strengths and weaknesses of the exchange program, and to consider if there is interest in continuing the program.

The meetings have included Rotex members, who are university-aged former exchange students who have an interest in seeing the program continue. King noted there are Rotex groups at both the universities of Regina and Saskatoon.

Over the years, King noted the Weyburn club has sent out 35 students on an exchange and have hosted 36 from other countries.

Some of the strengths of the program include clubs having a passion for wanting to keep the program going, and developing leadership through programs like RYLA (Rotary Youth Leadership Assembly). A weakness is a dwindling interest in the student exchange program by students and by some clubs, and promotion of the program so students are aware of it.

Among the challenges or threats, COVID-19 is a major factor, and it may discourage having student exchanges for a long time to come, as no one knows how long the pandemic is going to have the impact that it’s having right now.

A challenge to the program is also the cost of the program to local Rotary Clubs, and to students, and for some local clubs where members are getting older, they don’t have as many members willing to take an exchange student out for activities. Members in the Weyburn club have taken students out for things like skiing, canoeing, kayaking and horseback riding, and sometimes on family vacation trips, such as to the Rocky Mountains or on camping trips.

One recommendation is that incoming students must be at least 16 years of age, said King, and a suggestion was also that the student should be in Grade 11.

Member Gary Anderson recalled one short-term student he and wife Lois hosted, named Rutger. They only had him a couple of weeks, but he still keeps in touch with their daughter, and recently sent photos of his two young sons.

Bob noted that his wife Brenda still keeps in touch with many former exchange students through Facebook, and said it’s very interesting to maintain contact to see how these former students have gone on to adulthood. For many of these students, they swear by the positive impact the year in Weyburn has had on their lives, he said.

One suggestion that came up to mitigate the effect of COVID is to have students come from shorter distances, such as from the U.S. In recent years, Weyburn’s students have come from Sweden, Taiwan, Brazil, France, Belgium and Germany.

Brenda noted that their daughter Elizabeth went on an exchange, and stayed with three or four host families, with each one offering different experiences, but one outbound student from Weyburn, Chelsea Edwards, only had one family for her entire stay in Brazil.

One advantage the Rotary program has over other exchange programs is that they ensure there is a local counsellor for the student who can reach them immediately if an issue arises with a host family, added Brenda.

One challenge that sometimes comes up is finding enough host families interested in hosting an exchange student. For the Weyburn club, Doug Loden has acted as both a counsellor, and as the person who finds the host families.

“It’s not a simple task, but I’ve always managed to find a place for the students,” he said, adding wryly, “We haven’t had to put a student in a tent yet.”

Bob said the consensus from the clubs who took part in the meetings is that they want the exchange program to continue. The input from the various clubs will be gathered and a final report on the program will come out in a couple of weeks, he added.

Tue Oct 13 , 2020
VANCOUVER — Two drivers found guilty of driving without due care and attention in the death of a Brazilian exchange student have been fined $1,600 each. Neither was given a driving prohibition. “They are being sentenced for a momentary lapse in judgment… despite the tragic outcome,” Judge David St. Pierre […] 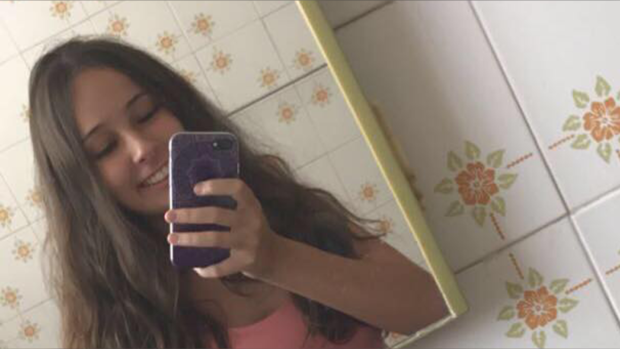