In the days before his inauguration, President Joe Biden outlined a gigantic $1.9 trillion program, variously called a “rescue plan” and “stimulus” for the American economy.

The amount is staggering, but so are the problems it is intended to solve. In the spirit of the president’s inaugural address call to work together constructively to improve the nation (and in recognition that the whole country needs the new resident to get this one right) let’s take a look at the proposal.

President Biden noted in his inaugural address the “millions of jobs” lost, and spoke plainly of the distress he saw in his own upbringing, when his father worried about making ends meet. For many, especially Americans in small businesses closed by government orders and those suffering from dramatic employment losses in travel and retail, this will ring true.

These workers, many of whom remain unable to earn a living, should be the focus of a stimulus program. A second focus should be employers buffeted by losses, who have customers unable to pay bills while out of work. Let us look at the programs outlined in the $1.9 trillion “stimulus” plan to see how much is devoted to these hard-hit workers and employers.

First, the new president proposes $70 billion in vaccination and COVID-19 testing support. This continues spending that began under the Trump administration and is likely to gain broad support. It is not clear how much additional money is needed to vaccinate the U.S. population. Doing so will help us get back to work, but the funds are designed to restore public health, not stimulate employment.

Second, he calls to fund “100,000 public health workers,” apparently on top of the $70 billion above. Debate on this should consider the fact that the most effective vaccination programs thus far have relied upon private pharmacies and existing providers, not government workers.

Third and fourth are calls for $130 billion in “school funding,” and an additional $350 billion in direct aid to state and local governments. Of course, these funds will primarily support government employment. Clearly, the lack of classroom time for school-age children has been a huge loss. Moving aggressively to get children safely back to school should be a priority, but it is a different priority from restoring private sector jobs.

Fifth is a call for $20 billion for city transit agencies. The huge drop in workers going to their jobs has cut revenue severely in cities like Chicago, New York and Washington, D.C. However, we need to ask whether the plan encourages those jobs to come back before adding new funds to get them to those jobs.

Seventh, there is a proposal for an additional $400 per week federal supplement to unemployment. This is an increase from the $300 supplement in last month’s stimulus but smaller than the $600 per week supplement in the prior stimulus, both of which were signed by President Trump. For many unemployed workers, this is a big (if temporary) help.

A subset of that amount could directly spur employment. If Congress uses the funds to increase the Pandemic Unemployment Assistance program to self-employed workers, it would help them get back to work. Ideally, that will occur, and this element of the plan will directly stimulate new jobs.

Certainly, the new president and Congress need to do more for employers if they want to get more employment. For example, PPP loans originating from the CARES Act have helped small employers. While none of the programs discussed here are perfect, this one at least directly attacks the problem of lost jobs.

President Biden’s plain-spoken eloquence in his inaugural, including his call for humility and his citation of St. Augustine, are a welcome change in tone for our national conversation. Consistent with this call, I urge civic leaders to look seriously at getting people back to work. Doing so should include funding from Biden’s $1.9 trillion proposal, along with other plans that focus on those who have lost jobs, those prevented from working by government orders, and those struggling to keep workers on their payrolls.

Patrick L. Anderson founded Anderson Economic Group in 1996 and serves as the company’s principal and CEO. He is also a nationally recognized expert in business economics, a sought-after speaker and an award-winning author. 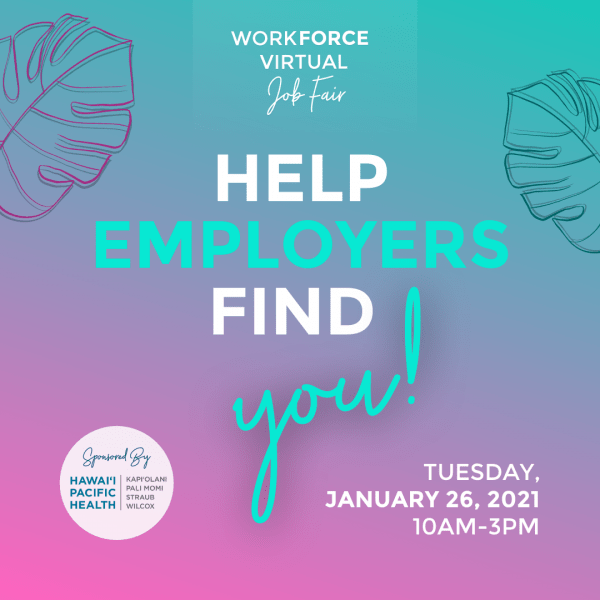