PORTSMOUTH – It’s a tale as old as time in New Hampshire.

Despite several state Supreme Court rulings, including two findings of unconstitutionality, the income and sales tax-less Granite State cannot come to a consensus over how to adequately and equitably fund its public schools.

According to 2018 Census data, New Hampshire’s percentage of state funding per student was the lowest in the country. And its reliance on property taxes goes unmatched.

The city of Portsmouth has been working quietly to lead a renewed lobbying effort to bat down a potential proposal alluded to in a 181-page final report released in December by the state Legislature’s Commission to Study School Funding.

The report floated a possible revival of the “donor/receiver town” education funding model that previously existed in the state. No such legislation has been introduced yet for this session, and officials in Portsmouth are hoping it will stay that way.

That’s because the model, unmodified and as presented in the report, could require the city of Portsmouth – the state’s No. 1 donor town – to raise an additional estimated $40 million through a local education tax and statewide property tax. Those funds would ultimately be sent to the state and then redistributed to other less-fortunate communities for their education costs, according to Nathan Lunney, business administrator for the  the Portsmouth School District.

Portsmouth residents would see that as an additional $5 per $1,000 on their local property tax bill, said City Manager Karen Conard.

Portsmouth Mayor Rick Becksted has said the funding model would be “devastating to this community.”

Lunney based the nearly $40 million estimate on Portsmouth’s 2018 numbers, he said, noting the city is waiting to see how closely any potential legislation could come to the application of the funding model in the report.

“We’ll know the real numbers when we get a real bill,” said Jane Ferrini, assistant city attorney. “We could find this coming up in different forms.”

At present, property-rich communities like Portsmouth that raise more tax dollars than the New Hampshire Department of Education deems necessary for its cost of education see that money returned to them.

The commission’s December report suggests doing away with these “supplemental grants,” known as excess SWEPT, and instead using them to fund education costs in other communities that can’t adequately fund their own.

Some in New Hampshire have rolled their eyes at Portsmouth’s effort to reconvene a group from the early 2000s – called Coalition Communities – to fight against the potential funding model by hiring a lobbyist, though it has not yet been proposed to the Legislature.

“No shame among the most privileged,” former Democratic executive councilor and gubernatorial candidate Andru Volinsky posted on Twitter this week, with a #ShameOnPortsmouth hashtag. Volinsky was the lead lawyer in the 1997 Claremont school funding cases that established the right to an adequate state-funded public education in New Hampshire.

“To say Portsmouth is privileged or deserving shame because we are not willing to be party to an unfair system that doesn’t take into account a person’s ability to pay is what’s shameful,” McEachern wrote. “Come to Portsmouth and I’ll introduce you to some of the ‘donors’ you think are shameful. Their houses have appreciated but their bank accounts haven’t.”

Opinion/McEachern: “Donor town” system not sustainable for Portsmouth or NH

While property revaluations and tax bills are certainly ever-growing concerns for residents in Portsmouth, the Commission to Study School Funding’s report showed communities with higher rates of poverty and other factors of disadvantage had the state’s highest property tax rates.

“Communities far less well-off than Portsmouth are staring at significant property tax rate increases,” said Jeff McLynch, of the New Hampshire School Funding Fairness Project, a nonprofit advocacy organization. “If Portsmouth thinks it’s a problem for them, imagine what the Claremonts and Berlins and Charlestowns are thinking.”

“One point I can’t emphasize enough is that it is abundantly clear that the current school funding system is inequitable, as it forces families in less well-to-do towns to pay much higher school property tax rates, even though school funding is fundamentally a state responsibility,” said McLynch.

A supplemental report created for the state by American Institutes for Research cites Claremont as “one of the most striking examples of inequity to taxpayers in the state.”

At a Jan. 4 Legislative Subcommittee meeting of the Portsmouth City Council on the matter, two councilors wanted to keep quiet the effort to reconvene the Coalition Communities until they could curate better public messaging.

Councilor Esther Kennedy, who is a school district administrator, said perhaps the city should be “cautious about putting stuff out there” because she did not want it to appear that Portsmouth was acting alone.

“Out there in the world, nobody feels sorry for Portsmouth,” said Kennedy.

“What we’re all dancing around is, is there a way we can bring this before council, dispassionately, quietly, quickly and not stir up a hornet’s nest through a lot of well-meaning conversation in a City Council meeting,” asked Councilor Paige Trace.

Conard said she believed it was “prudent to talk about it in non-public,” which councilors ultimately did on Monday, Jan. 11.

There have been as many as 20 other donor communities joining Zoom calls recently on the possibility of reconvening the Coalition Communities, said Conard. They’re currently working on a draft memorandum of understanding.

In an interview this week, McEachern said his biggest gripe with the funding model is that it doesn’t take into account a household’s ability to pay. Someone’s property may hold high value, he said, but they could be a longtime resident, retired and living on a fixed income.

McEachern sees New Hampshire’s inability to adequately fund its public schools as “the systemic problem” in the state.

“This is about how we raise money, and if we refuse to look at people’s ability to pay, we’re going to continue to make the people that can least afford it pay the most,” he said.

McEachern worries the proponents of a return to the donor town system will paint those who are against it, like Portsmouth, as being “against education.”

“I wouldn’t bat an eye if they say, ‘Deaglan, based on your ability to pay, you gotta make sure the kids in Claremont get as good an education as your daughter gets,’ but not everybody finds themselves in that position,” he said.

“Other states have done a better job of solving this, have been able to take household wealth into account when determining what’s fair,” said Dwyer. “I don’t think our required-by-state-law approach to valuation is perfect enough that you can rely on it for a fair between-communities assessment.”

Dwyer wrote a commentary featured in the final report focusing on exactly that.

“The Commission was not able to develop as clear a case for taxpayer equity,” Dwyer wrote. “From my perspective, the essence of taxpayer equity rests on considerations of the ability of individual taxpayers to pay — a value that is parallel to the conceptual underpinnings of student equity.”

Dwyer noted both Vermont and Massachusetts “have each found ways to incorporate the financial capacity of taxpayers directly in their funding models.”

One of the recommendations included in the funding commission’s report was the enhancement of taxpayer equity “through property tax relief targeted to homeowners and renters” and the introduction of a property tax deferral program. But Dwyer, in her commentary, called that a “temporary patch.”

The commission did not look for new sources of funding for public education, said Dwyer. Some ideas she floated included a capital gains tax, tax on income above a certain amount, increased tax on second homes, or a local option for raising money.

“Nobody wants any higher property taxes, but nobody wants other taxes either,” Dwyer said. “But they all want more money for education. That is the dilemma.”

In its recent conversations, Dwyer felt the Portsmouth City Council was using the “most extreme figures” in simulation.

“It would be hard for me to imagine our Legislature would go to the most extreme case,” she said.

McEachern sees the school funding conversation as a “pretty big needle that’s about to move.”

“It’s going to be painful if we go back to donor towns,” he said. “We risk losing what makes a community have depth.”

Beyond 'Surviving Death': The real science of near-death experiences

Sun Jan 17 , 2021
Is there life after death? A new Netflix series claims to prove there is. But in doing so, the series relies on a confusing mishmash of fully debunked phenomena alongside matters of faith that aren’t in the realm of science, as well as questions that science truly hasn’t answered yet.  […] 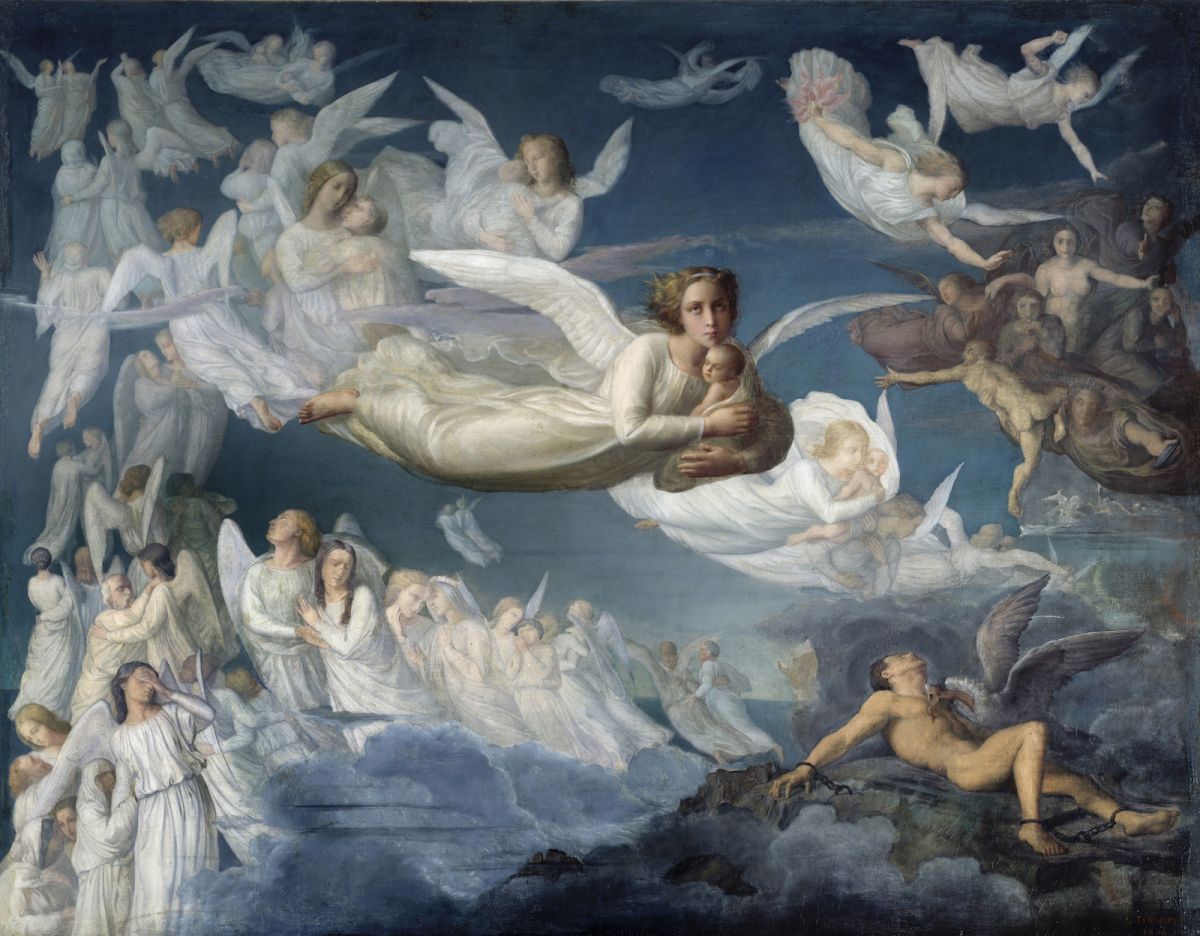