What began as a trip to America for education ended up becoming so much more for Vanessa Nguyen of Vietnam.

Nguyen’s journey in Bad Axe began in 2017, when she came here as an exchange student as a sophomore in high school.

After completing her one year at Bad Axe, Nguyen transferred to a private school in Chicago.

“Because the program was only one year, I had to move to a private high school if I wanted to complete high school in the U.S.,” Nguyen said. “I chose Chicago because it was close to Michigan, so I could visit my host family frequently.”

The private school Nguyen attended was partnered with Amerigo, an organization that houses international students when attending school in the U.S.

Nguyen graduated high school last year, but she was unable to return home to Ho Chi Minh City in Vietnam because of the coronavirus pandemic.

Further complicating the situation, she was unable to continue onto Michigan State University, where she had planned to live on campus.

Instead, the Harness family once again opened their doors to Nguyen.

“They graciously let me stay with them,” she said. “I only planned on staying here during the summer. I had planned to go to college at MSU and live on campus. But I ended up staying an extra year.”

Instead, Nguyen stayed in Bad Axe and became a fixture at Lugo’s Taco Street, where she most often works at the drive thru window when she isn’t attending one of her classes remotely. Regular customers of the business recognize Nguyen, despite her wearing a mask, because she often remembers their orders and what they like.

Nguyen said Lugo’s has become another home to her and the owners and staff have become her family.

“I think I have made family through here,” Nguyen said. “We see each other 12 hours a day, that created a bond. I love working at Lugo’s. I work a lot but I love every minute of it.”

Nguyen said although the pandemic has improved here, she was forced to once again cancel a trip home to see her parents due to the situation in Vietnam.

Nguyen said she hasn’t visited with her family in person in a long time.

“This August would mark two years,” she said. “We do video call each other at least three times a week. On my end, I have been fine because I don’t get homesick. But my parents miss me and want me to come home forever.”

“Since I have a job and I am dealing with my life pretty well, my parents aren’t that worried,” she continued.

Nguyen said there are several differences between the Vietnamese and American education systems. In Vietnam, primary school is first through fifth grade, middle school is sixth through ninth grade and high school is 10th through 12th grade. Nguyen said Vietnamese schools utilize a block scheduling and a student’s day is always the same. Also, instead of students moving classroom locations throughout the day, the teachers are the ones that change classrooms.

However, perhaps the most significant different is the length of the school day in Vietnam, where kids go to school from 7 a.m. to 5 p.m.

“The reason why the school day is so long is because we have lunch breaks that are an hour long and a nap break,” Nguyen said, adding that all students also have a recess regardless of grade level.

The differences aren’t limited to the classroom.

“I think the culture is very different and more individualistic than our culture,” Nguyen said. “It is interesting to see how much more people value themselves here.”

Nguyen said topics such as mental health and self-care are not discussed or focused on in Vietnam as they are in America.

Nguyen said one of her favorite parts about America is that it is a melting pot of different cultures.

“I have never seen so many different people,” she said. “Its like traveling the world — people so different in one country.”

Nguyen’s time in America has witnessed a lot of strife, between heated political movements and civil rights movements.

“I don’t feel very strongly about everything that has happened,” she said. “Maybe because I am not directly involved and maybe because I am an international student. It isn’t that I don’t care, because I plan to live here a long time.”

“I went to the protest because I support the cause, and I think it was fair to do so,” she said. “I don’t understand why people have to struggle with their human rights.”

Instead of returning home, Nguyen continues to stay with her second family — The Harlesses — until she hopefully heads off to MSU to live on campus.

Nguyen said she has always wanted to travel and experience different cultures.

“Studying abroad was one of the things I knew I always wanted to do,” she said. “The thing was when to do it. The exchange program is pretty cheap and a good way to find out if I liked the American way. It was a good opportunity and I am glad I did it.”

Nguyen is enrolled at MSU and working toward a major in psychology and a minor in law, justice and public policy. Beyond her time at MSU, she isn’t sure what her future holds.

“Right now, I am am still hoping that I would stay and work in the US for a while,” she said. “I will probably go into criminal psychology and work for a law firm.”

However, despite the fact she will be leaving Bad Axe, she said she will miss it, along with her friends and family that she has made.

“I will be back for sure,” Nguyen said. “When I am back, I told Andres (Lugo) that I would take the window for free.”

Covid UK: What parents can take from pandemic homeschooling

Fri Jun 4 , 2021
What have you learned from the past year? (Picture: Getty Images) Ana Aznar, lecturer in psychology, University of Winchester: Now that children in the UK are back to school, parents have the opportunity to reflect on what can be learned from lockdown homeschooling. Or as some rightly took to calling […] 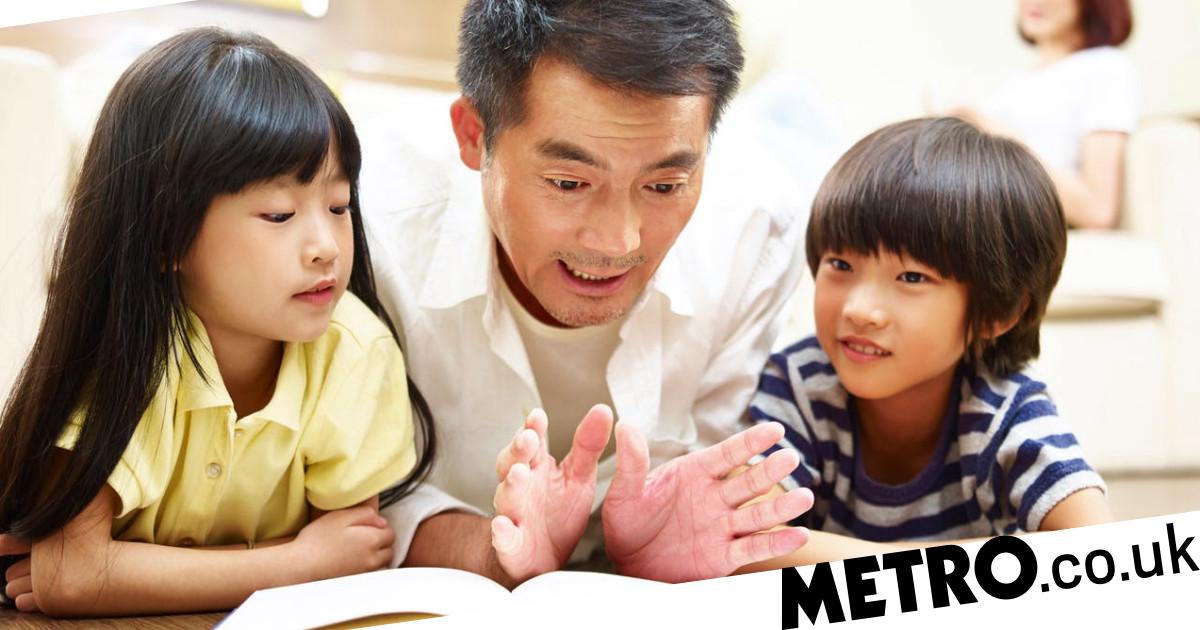