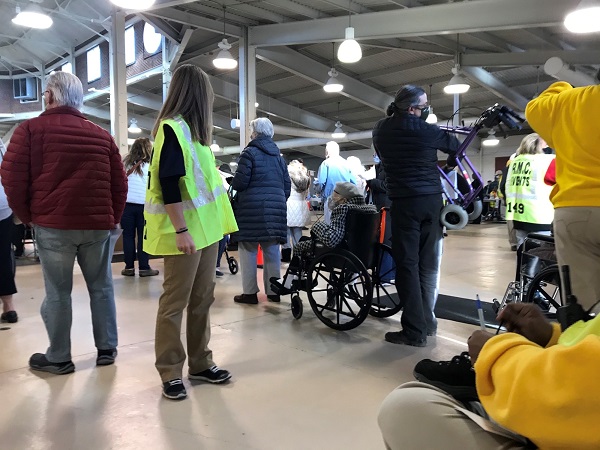 With the event industry all but shut down the past year, one would think 2020 would have spelled the end for a company with “Events” in its name.

But despite the shuttered gates and largely empty seats of the venues its yellow-jacketed crews traditionally work, local staffing and event management firm RMC Events has kept busy with new work that has come about from the pandemic —trading its usual sporting events and concerts for COVID screening stations and vaccination sites.

The company not only made it through 2020 relatively unscathed, with increased security staffing needs offsetting drops in event workload, but it entered 2021 by adding 100 full- and part-time jobs.

And with vaccination events underway at Richmond Raceway and other venues that are already its clients, RMC is keeping up the pace, said President Dan Schmitt. 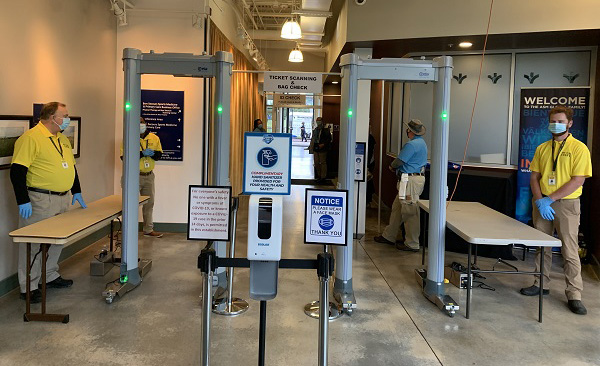 An RMC-manned COVID screening station and bag check at an event at the Bon Secours Training Center.

“Every dorm room all of a sudden became a COVID screening test,” the co-founder said, noting staffing needs for screenings at seemingly every building for universities, governments and healthcare systems, as well as some unexpected venues.

“We were COVID-screening people coming to a bowling tournament,” he said. “We drew the line on nothing. If there was an opportunity for our staff members to help, we did it.” 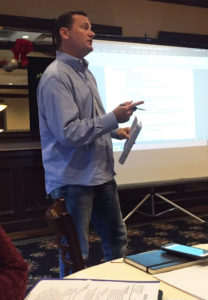 Other opportunities for RMC’s previously idled events division have included delivering lunches to VCU Health staffers and patients who are in quarantine. Workers have even done business checks in Albemarle County through the county’s COVID ambassadors program.

“We have human capital, and that will always be needed,” Schmitt said. “It may not be ushering at a basketball game at VCU right now. But people are always needed, and our folks were ready to go.”

While pandemic response has provided hours for its event workers, who Schmitt said are mainly part-timers supplementing other income, increased security needs from existing hospital and university clients have also sustained RMC through its external security division. It totals about 400 full-time positions and provided opportunities for event staff to cross over.

“We’re pretty equitably balanced. In 2020, we probably saw a 75 percent drop in our event division revenue, but a 30 to 35 percent increase in our external division revenue,” Schmitt said, describing revenue between the two divisions as normally about even. He declined to provide dollar amounts. 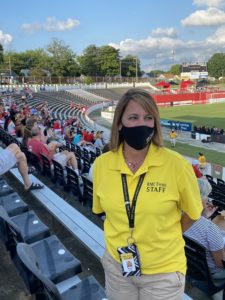 Event staffing in the age of COVID.

Of the revenue drop on the events side, he added, “I don’t anticipate getting that back until late this year. I’m hoping for September-October 2021 for the event world to get back to some stability.”

Not all event support companies have been able to adjust. Henrico-based Exhibits Inc., a 60-year-old firm that set up the booths, tables and décor for trade shows, conventions and conferences, was forced into bankruptcy last fall, with its assets put up in a court-organized auction.

Schmitt said RMC avoided a similar fate by changing its mindset of what its staff could do.

“I’ve known Rich (Chandler, Exhibits Inc. principal) for a long time and I hate to see that company go through what it did,” Schmitt said. “We just refused to sit back and let COVID shut us down.”

With the additional hires that it’s making through April 10 — the goal being to hire 100 people by the 100th day of the year — Schmitt said RMC will total over 450 full-time staff and 1,800 part-timers across the two divisions, restoring an events division payroll that he said went from $10 million to zero when the pandemic hit.

By mid-February, it had already reached that goal but was continuing to hire, with more than 800 applications received since announcing the jobs in late December.

“We’re not stopping. We might go to 200,” Schmitt said. “It’s 2,000 employees who count on us, and to be able to put $10 million back in our economy, right in these people’s pockets — after 20 years, you look for new challenges and purpose, and that’s really the purpose of what I do right now.” 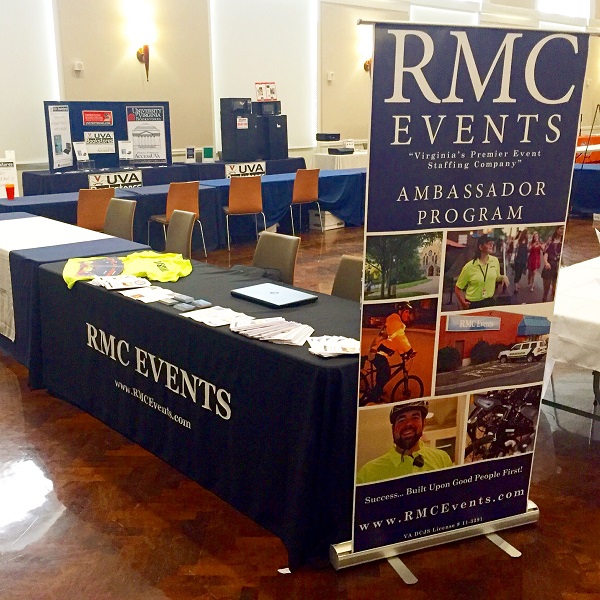 The company added 100 jobs recently and is looking to hire for more despite a drop in trade shows and other events due to COVID.

Schmitt — who’s in his third year on the Henrico County Board of Supervisors, serving this year as its chairman — founded RMC in 1999 with his wife Sharon, its vice president and CFO. They made the move after Schmitt, a UR alum, spent several years working at Yankee Stadium and the Richmond Coliseum, where he said he saw a gap in event staffing availability.

“There was nobody helping with event staff,” Schmitt said. “Pre-9/11, you come in, you fill out an application, and they hand you a shirt and you’ve got a job. It was pretty much like that. I thought if you could have a trained group of people who could work these events — just come in, help out the event, and leave — as a venue operator, that was what I was looking for.”

In its first year, Schmitt said RMC worked 16 events with eight employees. Last year, he said, it worked 11,000 events with its 2,200 employees.

With vaccine rollout set to continue for months and pandemic precautions the new normal for its clients, Schmitt said such levels are slated to continue for RMC going forward.

“What we’re finding is, since we (already) service these large venues, every time they get a vaccine setup and they need to park 5,000 cars, they call us,” he said, “which is great, because our events staff could really use the work. Those are the folks who have been hurt the most by the event world slowdown.”

US Secretary of Education cancels $1B of student loan debt

Sat Mar 20 , 2021
On Thursday, the U.S. Department of Education announced its new plan to help tackle debt for those who borrowed federal money to pay for student loans. In a new streamlining process, borrowers who have approved claims that confirm their college or institution defrauded them or engaged in financial misconduct will be […]