The state shed 25,500 jobs last month, according to data out Wednesday from the Oregon Employment Department, with the biggest losses in the leisure and hospitality sector. Gov. Kate Brown ordered restaurants and bars shut down indoor service in late November as the infection rate soared to unprecedented levels.

“December’s job losses reflect the devastation COVID-19 continues to inflict on the lives and livelihoods of Oregonians. Ten months into the pandemic, Oregon has regained just 37{c25493dcd731343503a084f08c3848bd69f9f2f05db01633325a3fd40d9cc7a1} of the jobs lost in this recession,” said Gail Krumenauer, economist with the employment department.

Statewide, nearly 126,000 Oregonians were classified as unemployed in December. That’s up from 117,000 in November.

Full-service restaurants accounted for 17,600 of the Oregon jobs lost in November. The service sector has been particularly hard hit by the pandemic. It’s a relatively low-paid sector, which makes workers especially vulnerable to economic hardship.

In December, Congress passed an extension of jobless benefits for self-employed workers and a new, weekly $300 bonus for people receiving unemployment assistance. That will help blunt the impact of the job losses, but those benefits expire in March unless Congress takes up another stimulus bill.

Vaccines have provided hope but the rollout has been slow in Oregon, as elsewhere in the country.

Thu Jan 21 , 2021
At Anchorage’s Tudor Elementary School on Wednesday morning, children arrived by school bus, taxi, car and on foot, all wearing face masks and carrying backpacks. Children scrambled out of their parents’ vehicles and dashed toward the building’s entrance, ready for the first day of in-person school since March. Principal Nicole […] 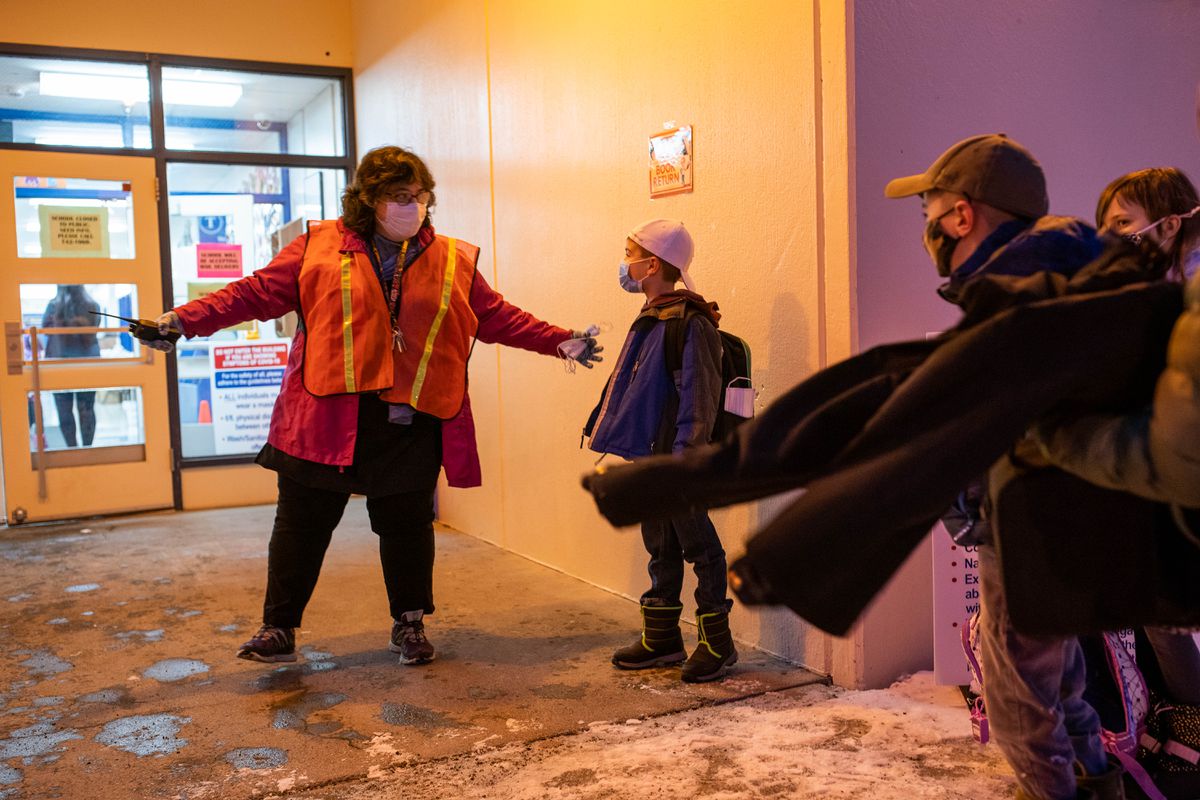