It wasn’t until several weeks ago that Christopher Lamar discovered he was failing most of his classes.

Lamar, an 18-year-old senior at Lake Nona High School in Orlando, Florida, had always enjoyed being a student. He ran for homecoming; he started a spirit club. Things changed once classes went online this year. Lamar had to watch and cook for his siblings, to clean and manage the household. School fell to the bottom of his priority list.

When Lamar’s guidance counselor informed him his mid-semester progress report was riddled with F’s, it hit him: Not only was he flunking science, a subject in which he once excelled, he was also facing the prospect of being denied a diploma in the spring.

Lamar has had his sights on being a firefighter for as long as he can remember, and if he doesn’t graduate, he realized, that goal could end up being nothing more than a faded dream.

Lamar is one of roughly a dozen Lake Nona High seniors who earlier this fall were failing a majority — if not all — of their classes amid distance learning. These seniors elected to finish their semester online, but on campus: in a portable classroom with the help of a dedicated teacher. Like Lamar, many of them were preoccupied with domestic responsibilities; some just couldn’t find their groove with virtual classes. And like Lamar, all of the students are getting back on track.

Nationally, students whose grades are plummeting, including seniors whose graduation prospects are at stake, may not have the chance to recover.

Students are falling behind in online school:Where’s the COVID-19 ‘disaster plan’ to catch them up?

While a recent RAND Corporation study found just 6 in 10 U.S. teachers are assigning letter grades this fall, that rate is nearly double what it was in this past spring. Class failure rates have surged in districts across the country, from Virginia to Hawaii. And those F’s tend to be concentrated among low-income students of color, data indicate, as well as those who are still learning to speak English or have disabilities.

The trend raises questions about the culture of grading in general — especially at a time when achievement is so influenced by factors beyond students’ control. “Traditional grading practices aren’t just giving us inaccurate information; they’re also inequitable,” said Joe Feldman, an education consultant who works with schools to improve grading practices and wrote the book “Grading for Equity.”

“There’s never a reason to fail a child if that child — a failure means you absolutely have no possibility of mastering something,” said Tanji Reed Marshall, of Ed Trust, a national nonprofit that seeks to close opportunity gaps in schools. “The idea of failing students right now seems pointless, particularly if a student’s … ‘lack of attendance’ is due to no fault of their own.”

The purpose of grades is  — or at least should be — to ensure students excel in the long run.

Grades can, for example, help an elementary school identify and target interventions at third graders who are behind in reading. Students who aren’t proficient readers by the end of third grade are four times as likely as their peers to drop out of high school, researchshows.

Some studies also suggest one’s high school GPA is a far better predictor of her chances at succeeding in and completing college than her SAT or ACT score, perhaps because grades are more personalized.

But personalization, Feldman argues, is as much of a curse as it is a blessing. Today’s grading practices are inherently subjective, which in turn makes them susceptible to implicit biases about students’ performance and potential.

For example, grades that incorporate factors such as classroom behavior tend to penalize Black, Latino and Indigenous students, who are disciplined at higher rates than their white peers. Meanwhile, a study published in 2018 by the Fordham Institute, a right-leaning education think tank, found grade inflation — the practice of giving a student higher marks that “do not comport with objective measures of student performance” — was most pronounced at schools serving predominantly affluent communities.

Experts worry these kinds of biases could be at play amid the pandemic.

Reed Marshall, a former teacher, even suspects such tendencies have become more pronounced. “You implant your system of beliefs in difficult times,” she said, stressing that lots of educators are getting “not just a bird’s eye but an eye view into students’ homes.”

“If what they see is something they do not value, or something upon which they take pity,” she continued, “they’re going to view their way of instruction through those lenses.”

During a normal school year, for example, a teacher may give points for participation based on whether students wrapped their textbook in a protective cover, Feldman said. Now, that teacher may instead dock participation points if a student doesn’t turn on her camera during class. Yet some students may leave their cameras off because they’re embarrassed by their home decor or have siblings running around in the background.

Still, rigorous grading has appeal right now as other measurements, such as standardized tests, have been put on hiatus.

And in interviews, some students indicated the bad grades they have received thus far were an accurate reflection of their performance in the given classes. “My brain works differently,” said Grace Coons, a high school sophomore in Portland, Oregon, who struggles to absorb information when it’s taught virtually and has floundered in some subjects as a result.

While frustrated, she appreciated seeing her grades earlier this semester because “now I know what to reach out about.”

Several seniors in the Lake Nona High cohort similarly described their F’s as an important wake-up call that, coupled with the supports they’re now receiving, enabled them to get back on track in time for graduation.

But giving an F for the sake of accountability can do more harm than good, said Noelita Lugo, a mother of three who was recently elected to the board of Austin Independent School District in Texas. As with many districts across Texas, failure rates have spiked in Austin schools, where roughly 11,700 students, were failing at least one class by mid-October, a 70{c25493dcd731343503a084f08c3848bd69f9f2f05db01633325a3fd40d9cc7a1} jump from that time last year.

Lugo’s two older children are Austin students, and they’re more or less staying afloat academically. But the newly minted school board member fears the emphasis on pre-pandemic methods of gauging achievement is taking a psychological toll on them and their peers.

She pointed to her first grader, who was behind in reading in kindergarten and hasn’t been able to catch up. The other day he asked, “Mom, am I ever going to read?”

Lugo’s family has several advantages: She’s trained in social work, has the luxury of working remotely and her spouse is a stay-at-home dad.“I can only imagine the kids out there, of all ages, who feel like that — who wonder, ‘Am I going to always fail? Am I never going to catch up? How long is this going to last?’” she said. “As lengthy as this year has felt to adults, it’s felt much longer to young people.”

“What we’ll end up measuring is whether a kid has a caregiver at home, has internet, a device,” she said. “I keep hearing that our kids are failing, and I ask, ‘Well, failing at what?”

Sawyer’s oldest child, a high school freshman who never used to stress out about academics, now finds himself constantly worrying about the long-term implications of his sliding grades. The country’s education systems, she says, “haven’t adjusted (their) expectations of kids at all, and it’s not okay.”

Grades have immense bearing on a student’s sense of self and can reinforce a fixed mindset of “I wasn’t able to do this in the beginning, so I won’t ever be able to do it,” Feldman said.

Even before the pandemic,more than 3 in 4 high schoolers worried about the possibility of not doing well in school, according to a 2019-2020 Stanford University survey of roughly 54,000 high schoolers.

Several seniors in the Lake Nona High School cohort in part attributed their nose-dive earlier this fall to ineffective teaching in a virtual setting.

Jovaric Velazquez did his assignments but “found the classes boring” and was marked a no-show for 120 of them by the time Thanksgiving break rolled around.

Lamar, the aspiring firefighter, offered a similar rationale for his struggles with distance learning earlier this semester: “You have teachers that are really, like, boring, monotone; they don’t have any emotion,” he said. “You tend to not really pay attention in class.”

Claudia and Carla Polonio Nunez, who are twins, said they often fell asleep during the day.

But teachers may resist efforts to give students leniency during pandemic-era online learning. Grading is often teachers’ “last island of autonomy,” Feldman said. States such as California, even prohibit administrators from overriding teachers’ grades.

Teachers can typically decide how many points a given assignment is worth, for example, and what counts as participation. They also have a say over how they apply their grading criteria — and whom they give, or don’t give, the benefit of the doubt.

The results could have enormous consequences. Even before the pandemic, Black children were 1.5 times as likely as their white peers to be held back. Systemic racism was a key factor: Students of color are less likely to have access to instructional supports, in part because they’re often in schools that lack economic resources. Their teachers are also less likely to view them as college material.

Still, the pandemic has been a trial by fire in the art and science of virtual instruction. And many teachers say they’re being pressured — or altogether ordered — by districts to continue assigning grades the way they would during a normal school year.

Against that backdrop, parents and advocates suggested the spiraling class failure rates are largely the result of school systems’ unwillingness to adjust their expectations.

Reed Marshall questions whether schools are adequately — and expeditiously — supporting their most vulnerable students. Did the school intervene as soon as a student started falling off track? Did it notify her caregivers? Most importantly, did its leaders ask why so many students are failing?

“One of the ironies is that grading has such high stakes for students but teachers get virtually no training in how to grade,” Feldman said. And absent that training, many educators “simply replicate how they were taught” to grade.

Lake Nona High’s leaders set out to ask those questions and shift its expectations for both students and teachers, which is a big reason many of the dozen or so cohort seniors have replaced their F’s with A’s and B’s. Understanding that these students may have just needed more structure, their teachers have generally given them time to make up assignments.

But each of the eight Lake Nona High seniors interviewed cited the former substitute teacher who’s leading the cohort — Patrice Pullen, who herself is a parent of students at the school — with being the secret sauce that’s helped them get back on track.

When Lamar, who also works 30 hours a week at a fast food restaurant, missed his bus to school recently, he ran all the way from home to campus. Pullen, he said, has given him the “little bit of motivation” he needed.

Not only has Pullen provided them the structure they say they craved, she’s also treated them with compassion.

And as Reed Marshall put it, right now “the name of the game is grace.”

These 2020 science claims could be big news if confirmed

Wed Dec 23 , 2020
Discoveries about the cosmos and ancient life on Earth tantalized scientists and the public in 2020. But these big claims require more evidence before they can earn a spot in science textbooks. Cloudy with a chance of life The scorching hellscape next door may be a place to look for […] 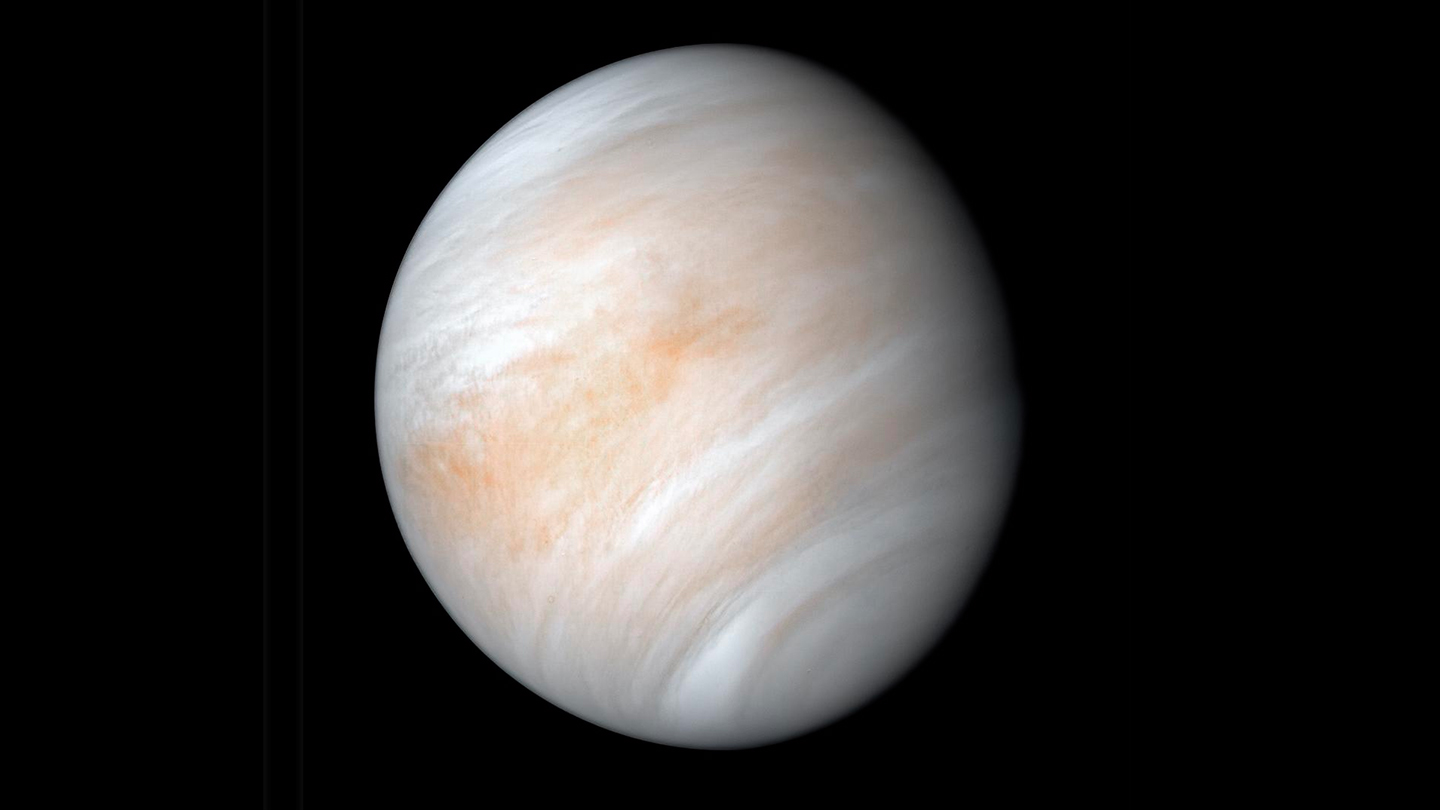