Conventional adhesives like epoxy which are used to bond plastic, ceramics and wood are typically designed to cure using moisture, heat or light. They often require specific curing temperatures, ranging from room temperature up to 80 degrees Celsius.

The curing process is necessary to cross-link and bond the glue with the two secured surfaces as the glue crystallises and hardens to achieve its final strength.

NTU’s new “magnetocuring” glue can cure by passing it through a magnetic field. This is very useful in certain environmental conditions where current adhesives do not work well. Also, when the adhesive is sandwiched between insulating material like rubber or wood, traditional activators like heat, light and air cannot easily reach the adhesive.

Products such as composite bike frames, helmets and golf clubs, are currently made with two-part epoxy adhesives, where a resin and a hardener are mixed and the reaction starts immediately.

For manufacturers of carbon fibre – thin ribbons of carbon glued together layer by layer – and makers of sports equipment involving carbon fibre, their factories use large, high temperature ovens to cure the epoxy glue over many hours. This energy-intensive curing process is the main reason for the high cost of carbon fibre.

The new “magnetocuring” adhesive is made by combining a typical commercially available epoxy adhesive with specially tailored magnetic nanoparticles made by the NTU scientists. It does not need to be mixed with any hardener or accelerator, unlike two-component adhesives (which has two liquids that must be mixed before use), making it easy to manufacture and apply.

It bonds the materials when it is activated by passing through a magnetic field, which is easily generated by a small electromagnetic device. This uses less energy than a large conventional oven.

For example, one gram of magnetocuring adhesive can be easily cured by a 200-Watt electromagnetic device in five minutes (consuming 16.6 Watt Hours). This is 120 times less energy needed than a traditional 2000-Watt oven which takes an hour (consuming 2000 Watt Hours) to cure conventional epoxy.

Developed by Professor Raju V. Ramanujan, Associate Professor Terry Steele and Dr Richa Chaudhary from the NTU School of Materials Science and Engineering, the findings were published in the scientific journal Applied Materials Today and offer potential application in a wide range of fields.

This includes high-end sports equipment, automotive products, electronics, energy, aerospace and medical manufacturing processes. Laboratory tests have shown that the new adhesive has a strength up to 7 megapascals, on par with many of the epoxy adhesives on the market.

Assoc Prof Steele, an expert in various types of advanced adhesives, explained: “Our key development is a way to cure adhesives within minutes of exposure to a magnetic field, while preventing overheating of the surfaces to which they are applied. This is important as some surfaces that we want to join are extremely heat-sensitive, such as flexible electronics and biodegradable plastics.”

The new adhesive is made of two main components – a commercially available epoxy that is cured through heat, and oxide nanoparticles made from a chemical combination including manganese, zinc and iron (MnxZn1-xFe2O4).

These nanoparticles are designed to heat up when electromagnetic energy is passed through them, activating the curing process. The maximum temperature and rate of heating can be controlled by these special nanoparticles, eliminating overheating and hotspot formation.

Without the need for large industrial ovens, the activation of the glue has a smaller footprint in space and energy consumption terms. The energy efficiency in the curing process is crucial for green manufacturing, where products are made at lower temperatures, and use less energy for heating and cooling.

For instance, manufacturers of sports shoes often have difficulty heating up the adhesives in between the rubber soles and the upper half of the shoe, as rubber is a heat insulator and resists heat transmission to the conventional epoxy glue. An oven is needed to heat up the shoe over a long time before the heat can reach the glue.

Using magnetic-field activated glue bypasses this difficulty, by directly activating the curing process only in the glue.

The alternating magnetic field can also be embedded at the bottom of conveyor belt systems, so products with pre-applied glue can be cured when they pass through the magnetic field.

Prof Raju Ramanujan, who is internationally recognised for his advances in magnetic materials, jointly led the project and predicts that the technology could increase the efficiency of manufacturing where adhesive joints are needed.

“Our temperature-controlled magnetic nanoparticles are designed to be mixed with existing one-pot adhesive formulations, so many of the epoxy-based adhesives on the market could be converted into magnetic field-activated glue,” Prof Ramanujan said.

“The speed and temperature of curing can be adjusted, so manufacturers of existing products could redesign or improve their existing manufacturing methods. For example, instead of applying glue and curing it part by part in a conventional assembly line, the new process could be to pre-apply glue on all the parts and then cure them as they move along the conveyor chain. Without ovens, it would lead to much less downtime and more efficient production.”

First author of the study, Dr Richa Chaudhary said, “The curing of our newly-developed magnetocuring adhesive takes only several minutes instead of hours, and yet is able to secure surfaces with high strength bonds, which is of considerable interest in the sports, medical, automotive and aerospace industries. This efficient process can also bring about cost savings as the space and energy needed for conventional heat curing are reduced significantly.”

This three-year project was supported by the Agency for Science, Technology and Research (A?STAR).

Previous work on heat-activated glue used an electric current flowing through a coil, known as induction-curing, where the glue is heated and cured from outside. However, its drawbacks include overheating of the surfaces and uneven bonding due to hotspot formation within the adhesive.

Moving forward, the team hopes to engage adhesive manufacturers to collaborate on commercialising their technology. They have filed a patent through NTUitive, the university’s innovation and enterprise company. They have already received interest in their research from sporting goods manufacturers.

Ranked amongst the world’s top universities by QS, NTU has also been named the world’s top young university for the last seven years. The University’s main campus is frequently listed among the Top 15 most beautiful university campuses in the world and it has 57 Green Mark-certified (equivalent to LEED-certified) building projects, of which 95{c25493dcd731343503a084f08c3848bd69f9f2f05db01633325a3fd40d9cc7a1} are certified Green Mark Platinum. Apart from its main campus, NTU also has a campus in Singapore’s healthcare district.

Under the NTU Smart Campus vision, the University harnesses the power of digital technology and tech-enabled solutions to support better learning and living experiences, the discovery of new knowledge, and the sustainability of resources.

The Science of Stress | Psychology Today

Wed Dec 23 , 2020
Source: Ataner007/Pixabay Consider these two statements: Stress is good for you: Stress motivates you and helps you stay alert and focused. Stress is the silent killer: Stress causes irritability, fatigue, sickness, and death. Which of the above is true? The answer depends not just on the stressors themselves but also […] 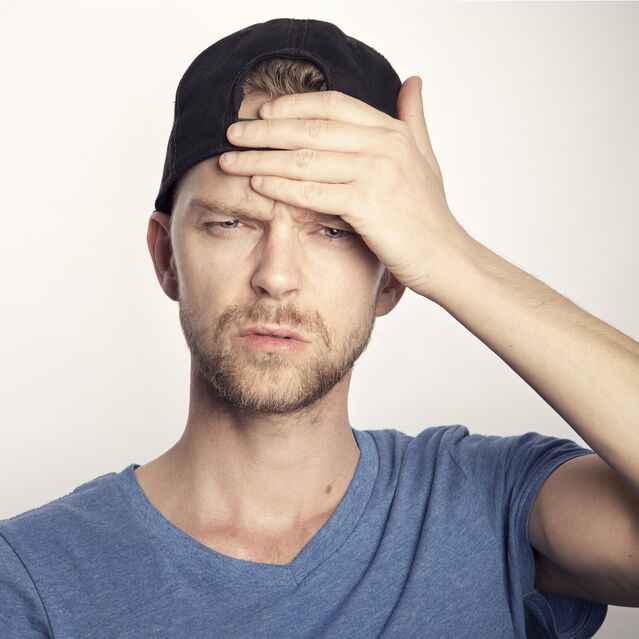