North Carolina now has new social studies standards that supporters say are more inclusive of different groups but that critics say are anti-American.

The State Board of Education’s Democratic majority voted 7-5 on Thursday to adopt new K-12 social studies standards that include language such as having teachers discuss racism, discrimination and the perspectives of marginalized groups. The standards, which begin going into effect this fall, are supposed to guide teachers in how to discuss both the nation’s accomplishments and its failings.

“Our children of this great state deserve nothing but the true, honest and best education that we can provide,” board member Donna Tipton-Rogers said during Wednesday’s discussion. “As I said earlier, history is the study of change, and by adopting these new social studies standards, we are embracing the essence of what makes the study of history useful and our nation great. To include racism, identity and discrimination is what we should do.”

But the board’s Republican members opposed the new standards and said they are anti-American, anti-capitalist and anti-democratic.

GOP Lt. Gov. Mark Robinson pointed Thursday to an online petition with more than 30,000 signatures calling for the board to not approve the new standards

“Moving forward with this is irresponsible,” Robinson, who is Black, said at the meeting. “We need to go back to the drawing board.”

Some Democratic members unsuccessfully tried Thursday to get the words “systemic racism,” “systemic discrimination” and “gender identity” included in the new standards.

Students to learn about inequity, injustice

The latest standards comes after two years of review and multiple drafts, including an earlier one that would have had third-grade students study how monuments such as Confederate statues are valued by their community.

In July, the state board voted to delay adoption to give the state Department of Public Instruction more time to ensure diversity and inclusion in the standards. Board members had cited the need to listen to the nationwide Black Lives Matter protests over the killing of Black people by white police officers.

▪ Eighth-grade classes would explain how the experiences and achievements of women, minorities, indigenous and marginalized groups have contributed to the development of the state and nation over time.

▪ Civics students would interpret historical and current perspectives on the evolution of individual rights in America over time, including women, tribal, racial, religious, identity and ability.

▪ Civics students would learn about “inequities, injustice, and discrimination within the American system of government over time.”

The standards come with a preamble written by GOP State Superintendent Catherine Truitt that says students should learn about “hard truths” such as Native American oppression, anti-Catholicism and Jim Crow.

But the preamble says students should also learn how the U.S. Constitution created the world’s first organized democracy since ancient Rome and how the U.S. went on to end legalized slavery.

Later this year, DPI will present to the board additional documents guiding how the classes will be taught.

The standards have drawn heated debate at the state board meetings.

“The standards do not explore and examine and raise to the right elevation the progress that this country has made past the Civil Rights era, past the adoption of the 14th and 15th Amendments,” board member Olivia Oxendine said Wednesday.

In a statement released after Thursday’s vote, Robinson called the standards “leftist indoctrination.”

“Let me be clear,” Robinson said in the statement. “This is not over. I will continue to lead the fight to ensure that our students are educated, not indoctrinated.”

Opposition to the standards led to an editorial cartoon this week that depicts GOP state board members as KKK members, The News & Observer previously reported. The cartoon appeared on the CBC Opinion page of WRAL.com, which is owned by Capitol Broadcasting Co.

But the board’s advisers and the members appointed by Democratic Gov. Roy Cooper say the standards will be more relatable to students of color who now represent the majority of the state’s public school enrollment.

But groups such as the Public School Forum of North Carolina and Equality NC urged the board to adopt Draft 4 to keep in systemic discrimination, systemic racism and discrimination.

“To adopt standards that do not reflect our whole history and the multitude of experiences of our increasingly diverse student population, which is now more than 50 percent students of color, would be a disservice to all students and would be detrimental to efforts to build a more equitable society,” Mary Ann Wolf, president of the Public School Forum, said in a statement Thursday.

Board member James Ford said Truitt’s version was better than what had been presented last summer but not as good as the Draft 4 version. His motion to use the Draft 4 standards was defeated 10-2, with only him and Reginald Kenan voting for that version.

“The necessity of making the effort to teach unpopular history is self evident,” said Ford, who is Black and a former high school social studies teacher. “It requires us breaking out of both the gender binary and the racial binary.”

Jamie Dornan on Homeschooling and Having Patience | Video

Fri Feb 5 , 2021
Jamie Dornan is finding the humor in a number of his current situations that have resulted from staying at home with his wife, Amelia Warner, and their three daughters, Dulcie, Elva, and Alberta. With three kids under the age of 8, let’s just say that Jamie’s in the thick of […] 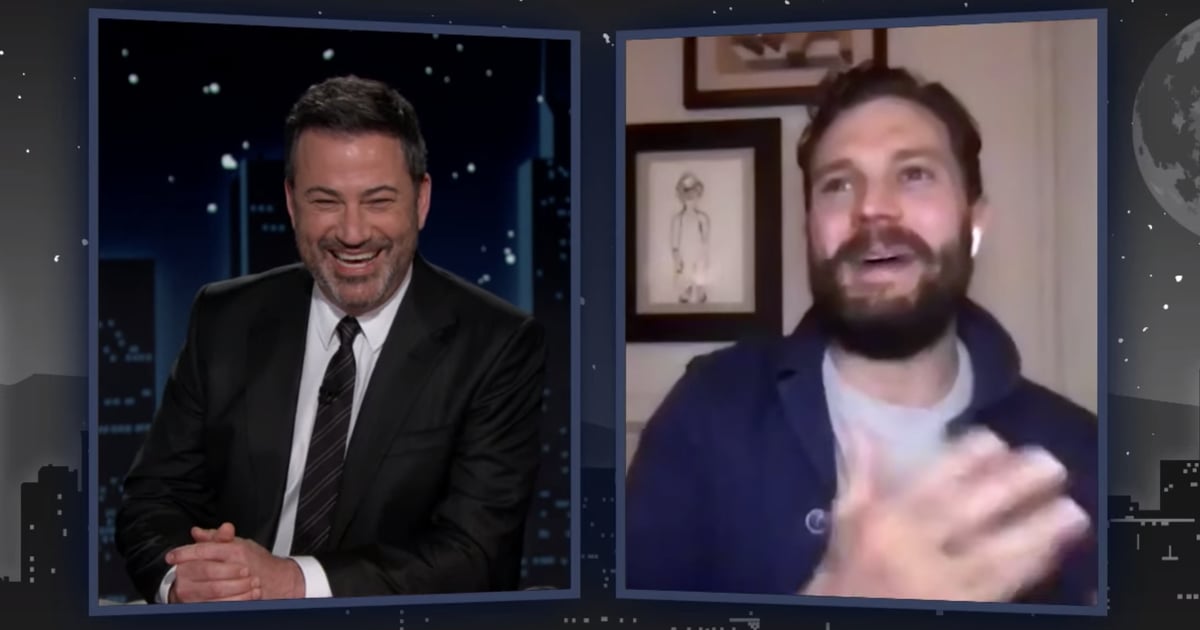