Now, he’s lending his support to conservative activists who want to overturn school mask mandates and who have called for continued push back against local school boards.

Get NHPR’s reporting about politics, the pandemic, and other top stories in your inbox — sign up for our newsletter today.

On Sunday, Edelblut spoke at a forum hosted by the Government Integrity Project, a conservative activist group that has been involved in several right-wing and libertarian controversies in recent months.

Members of the group have encouraged baseless accusations of fraud in state elections, promoted local efforts against public health initiatives related to the pandemic, and lent support to protests against vaccine mandates in the state.

Last week, the group’s founder, Ken Eyring, described New Hampshire under Gov. Chris Sununu’s tenure as becoming “dangerously close to what would be expected to be commonplace in Communist China.”

In addressing the Government Integrity Project’s forum on Sunday, Edelblut focused on one area of the project’s agenda: how to restore parental power over local schools.

“Oftentimes we’re in shock because the people on our school boards, those representing us — these are our friends and our neighbors —they generally are people who knocked on our door and said, ‘Hey, come vote for me and I’ll do good things in the school,” Edelblut said in his remarks, which were posted to YouTube. “And now they’re not willing to listen to us. They’re not willing to take that input.”

On Monday, Sununu condemned Edelblut’s participation in Sunday’s forum, saying in a written statement to NHPR: “Given this fringe group’s history and support of anti-government actions, the Commissioner’s decision to attend in his official capacity was inappropriate. He has given me his assurances that he will use better discretion going forward.”

Contacted afterward, Edelblut said that he saw the invitation as a chance to speak directly to parents, not the Government Integrity Project’s leaders. The project’s founders include longtime supporters of Edelblut, Ken Eyring and Tom Murray, who have been involved with charter schools, local school boards and consulted with Edelblut on education matters for years.

“There are many educational pathways for parents to navigate that will help set their children up for success, and I feel it is only appropriate to be as transparent and forthright with these families about how to discover the different pathways and various options,” Edelblut wrote in an email to NHPR.

Edelblut’s appearance at the Government Integrity Project forum comes as Sununu navigates divisions within the Republican Party over the state’s response to COVID-19. That came to a head last week when the Republican-led Executive Council rejected $27 million in vaccine aid from the federal government.

It also highlights the contradictory stances by state officials over how to manage COVID-19. While top health officials continue to stress the importance of universal masking in most school settings, Sununu and Edelblut say the final say should be with parents.

Amidst these competing messages, many school leaders have decided to impose a mask mandate for students, saying they’re heeding public health guidance and families who are just as passionate about masks as those who are against them.

In his remarks at Sunday’s forum, Edelblut made it clear he believes parental choice should not just be about masks. He offered activists advice on how to fight what some conservatives see as an effort by public schools to usurp control from parents, be it about public health or lessons on race and gender.

Edelblut praised the forum’s participants for attending school board meetings and sharing their opinions “hopefully in a respectful way,” and he said there was a role for both noisy agitators and those seeking concrete policy change.

A former Republican lawmaker and candidate for governor, Edelblut has long positioned himself as an advocate for parental choice, even when that puts him in opposition to public schools. Some of his most recent initiatives, which are receiving unprecedented support from conservative organizations, expand school choice and send public money to private schools and homeschoolers.

Edelblut sees part of his job as fielding concerns from frustrated public school parents and passing those along to schools. But Carl Ladd, the director of the New Hampshire School Administrators’ Association, says Edelblut’s approach undermines school districts.

“The Commissioner is bypassing superintendents, calling guidance counselors and teachers and principals directly to berate them for some complaint lodged by a parent,” Ladd said. “Anything that a parent says has to be the gospel truth without understanding the school’s side.”

In an interview earlier this month with NHPR, Edelblut portrayed his communication as far more congenial, saying that he contacts school employees directly when he hears complaints from parents that he deems relevant, and employees are often glad to be alerted.

Queensbury Board of Education votes unanimously to proceed with football, volleyball | Local 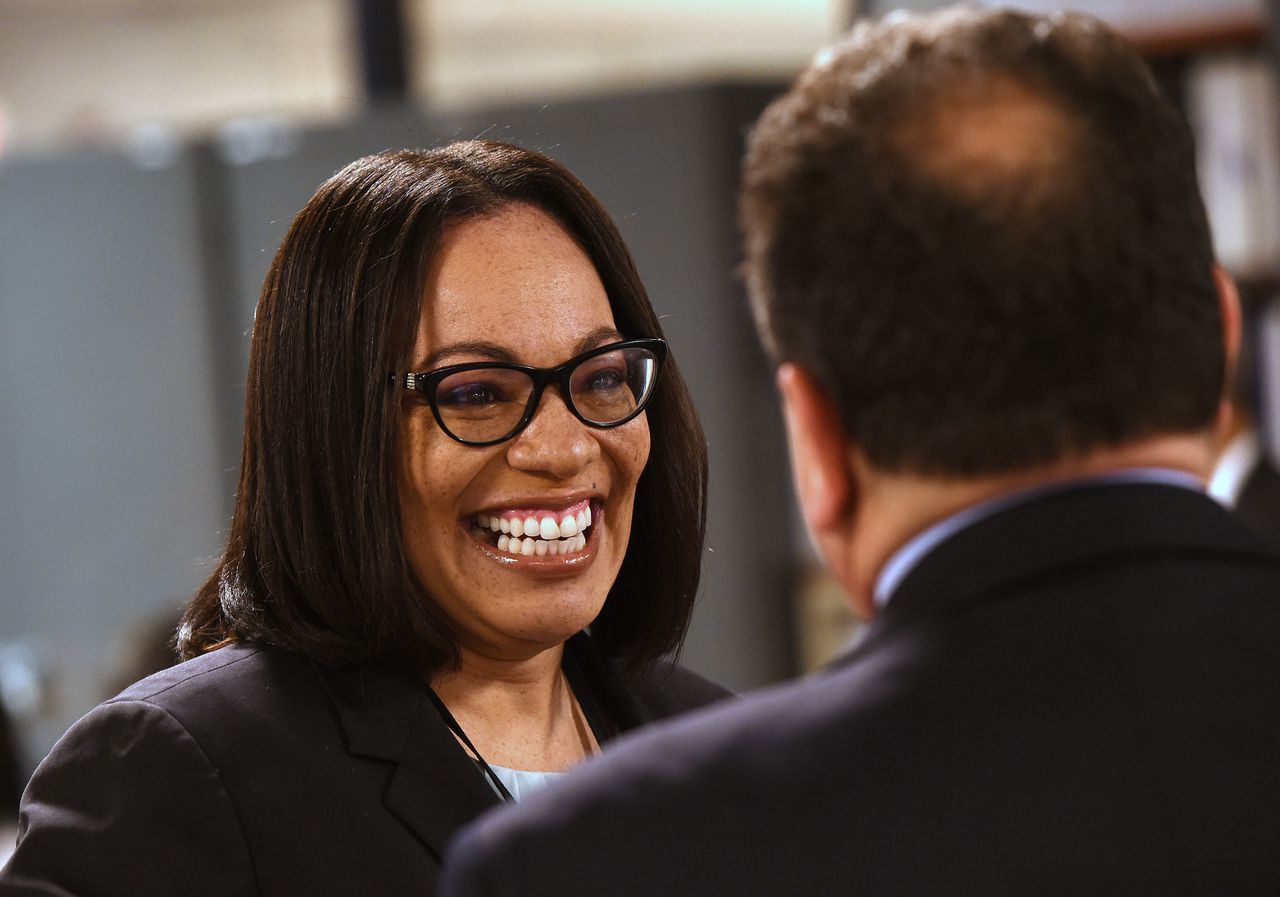