This is the second straight year that states are asking for waivers. In 2020, Betsy DeVos, the education secretary in the Trump administration, told all states they did not have to administer the tests after schools were abruptly closed when the pandemic hit. She said last year, however, that if she remained education secretary, she wouldn’t give the waivers again.

This week, the U.S. Education Department sent a letter to chief state school officers saying the Feb. 1 deadline for seeking a waiver was being extended though it didn’t set a new deadline. It promised states that it would soon provide details on submitting waiver requests as well as state assessment plans to comply with the 2015 federal Every Student Succeeds Act (ESSA).

It did not, however, promise to approve the waivers, and it is still unclear where Miguel Cardona, the state superintendent of education in Connecticut who Biden chose as his nominee to be education secretary, stands on the issue. Shortly before he was tapped by Biden to run the Education Department, he said he wanted students to take the exams this spring but didn’t want the results used as an assessment measure for individual teachers, schools and districts.

ESSA requires public schools to give most students standardized tests each year in math and English language arts and to use the results in accountability formulas. Districts evaluate teachers and states evaluate schools and districts — at least in part — on test scores. What’s more, districts and states have added other high-stakes standardized tests on students for purposes including graduation, grade promotion and teacher bonuses.

The annual spring testing programs have become increasingly controversial amid questions about whether the scores are valid for the purposes for which they are used, and about whether students waste too much time with test preparation. An opt-out movement developed in the 2010s in some states, including New York, where some years about 20 percent of students did not take them.

This week New York as well as Michigan joined several states that have already said they are seeking waivers because it wouldn’t be fair to give to students, many of whom have had a difficult year trying to learn from home or in school during the pandemic.

New York said it would seek two waivers: one to waive state testing requirements at the elementary, middle, and high school levels and permit the administration of the New York State English as a Second Language Achievement Test only to those English Language Learners who are able to attend school in person at least some days of the week. The second waiver request seeks to ease accountability requirements as required by ESSA.

In Michigan, state Superintendent Michael Rice said the standardized tests cannot be administered fairly and safely while students are still at home — many without reliable Internet service and with no place at home to quietly take an exam.

Other states had earlier signaled that they would seek a waiver from the testing, including Georgia. In South Carolina, state Superintendent Molly Spearman has asked for a waiver for some standardized testing. She said at a meeting this week that giving students the tests would only add to the substantial stress this year has brought, according to WCSC-TV.

Some legislators, however, are seeking to pass a law that would require the tests be given even if the state is granted a waiver, while others, including Sen. Lindsey O. Graham (R), signed a letter calling for a waiver.

The two national teachers’ unions — the National Education Association and the American Federation of Teachers — have urged that waivers be given. At least 7,000 people have signed a petition by the Center for Fair and Open Testing, a nonprofit organization known as FairTest, calling for waivers to be granted.

Supporters of accountability testing say the exams are important to determine whether students are making progress and that two straight years of having no data from these tests would leave teachers and schools without critical information on how well their students are doing.

At a FairTest webinar on annual standardized testing this week, Rep. Jamaal Bowman (D-N.Y.), a former public school principal in Brooklyn, said the tests should not be given, saying, among other things, that there are serious questions about their validity and that they are not aligned with curriculum.

Critics also say that the results have no value to teachers because the scores come after the school year has ended and that they are not allowed to see test questions or know which ones their students got wrong. Ultimately, they say that the results show only that children from poor families do worse than students from families with more resources.

Science Was Alive and Well in the Dark Ages

Sat Jan 30 , 2021
There’s no shortage of myths about the Middle Ages, like the oft-repeated — and easily debunked — notion that everyone back then thought the Earth was flat. Another common misconception is that scientific progress largely went dark during this era, snuffed out by the medieval church. But if you ask […] 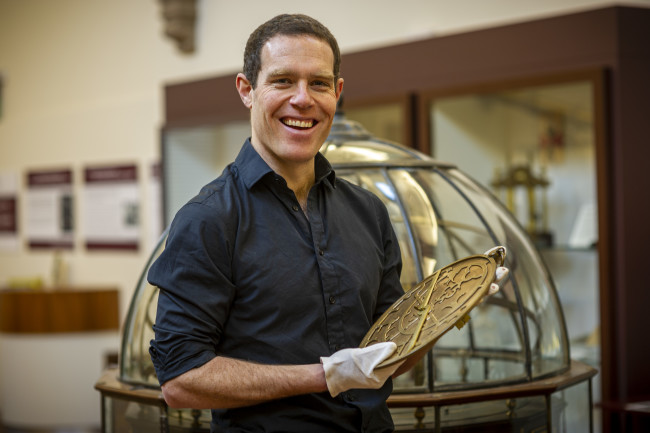