More than $170 million is being invested in new science buildings in Richland to solidifying the Tri-Cities as a national and regional science and research stronghold.

One project is set to finish later this year.

A $90 million energy science research center at the Department of Energy’s Pacific Northwest National Lab will consolidate energy research under one roof.

The national lab’s fundamental research in advanced chemistry, materials science and computing research — areas in which PNNL is a world leader — is currently spread out among several buildings in north Richland.

The state-of-the-art facility will give scientists access to the most advanced equipment available.

The building will have enough labs and work stations to accommodate about 175 scientists, engineers and support staff.

It is planned to enhance regional research collaborations, including those with the University of Washington and Washington State University.

Money from the state is expected to buy an advanced nuclear magnetic resonance machine, similar to those used for medical imaging and a specific type of next-generation electron microscope.

Both instruments look at materials at the atomic level to understand their structures, providing information to scientists as they design new materials with specific properties.

The new building is part of a campus modernization program at PNNL, including Discovery Hall, a science and technology collaboration event center that opened in April 2018.

Construction is well on its way on a $7.7 million exploration center in Richland that’s expected to play host to 10,000 student visitors each year.

Work on the LIGO Exploration Center at the LIGO Hanford Observatory near Richland began in October and is expected to open this time next year.

When finished, students and the public can learn about gravitational waves at the place where their existence was detected 100 years after Albert Einstein predicted them.

In 2016, LIGO detected the gravitational waves from two black holes that collided 1.3 billion years ago. Gravitational waves are powerful ‘ripples’ in space-time caused by some of the most violent and energetic processes such as supernovae.

More than 50 hands-on exhibits will help students, educators and the general public understand the gravitational waves associated with cataclysmic events in space.

DGR Grant Construction of Richland is building the center that was paid for with a grant from the state of Washington.

Among the benefits of the facility — that is yet to be named — will be making the national power grid more resilient, secure and reliable and eventually increase energy storage capacity to transfer it from the lab to the market place allowing growth in domestic manufacturing.

It will provide labs for basic materials synthesis and processing, in-operando characterization, small-scale cell fabrication, kilowatt-scale testing and validation, advanced prototyping, visualization and analysis, according to the Department of Energy.

Allison Stormo has been an editor, writer and designer at newspapers throughout the Pacific Northwest for more than 20 years. She is a former Tri-City Herald news editor, and recently has returned to the newsroom.

First CPS students return to new version of school, under protest by teachers

Mon Jan 11 , 2021
Young kids bundled in winter coats, hats and gloves held their parents’ hands as they walked into school for the first time this year. For a few moments Monday morning, Chicago Public Schools resembled normal times at a handful of buildings around the city. But as thousands of students went […] 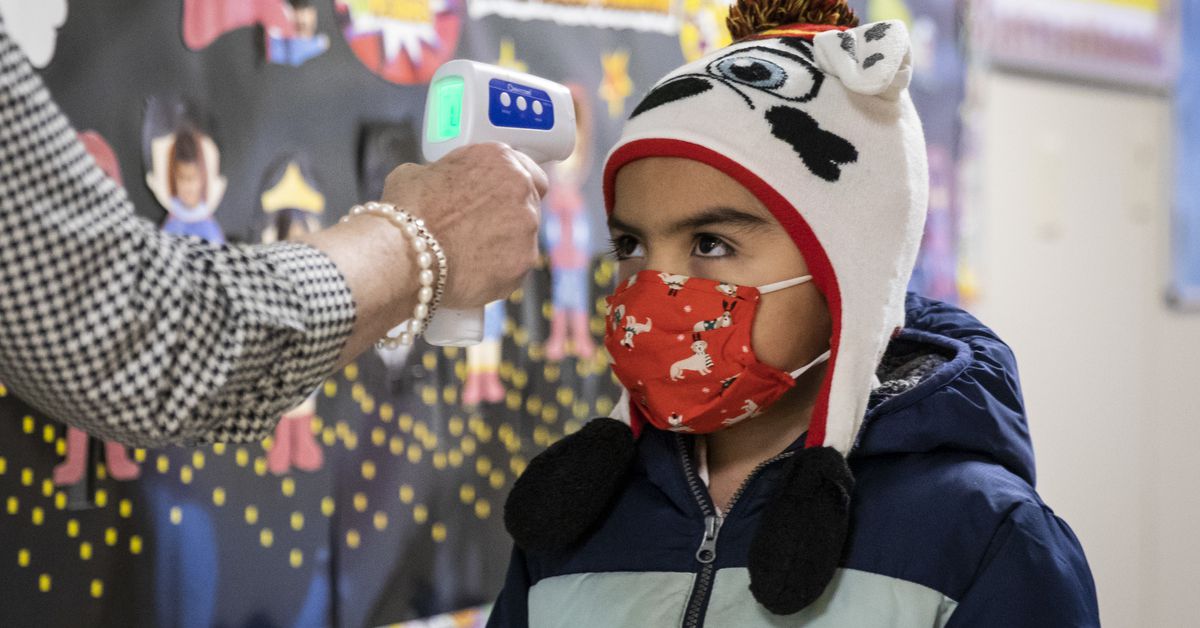