In March, I published an article here about the world’s homeschooling moment, noting that hundreds of millions of students worldwide were suddenly displaced from their classrooms and learning at home due to the Covid-19 response. At its peak, that number reached nearly 1.3 billion children learning at home, with varying degrees of remote connection to their school or district.

Those of us who homeschooled our kids prior to the school shutdowns were quick to point out that pandemic homeschooling was nothing like the real thing, forcibly separated as we all were from the people, places and things of our communities. It was hard on everyone. Despite this inauspicious introduction to homeschooling, millions of parents and students decided that it was an education model worth seriously considering in 2020. They left traditional schooling in droves this year, disrupting conventional education and triggering learning innovations that will long outlast the pandemic.

One of the earliest signals that 2020 would be a year of mass homeschooling appeared in an April survey of parents conducted by EdChoice. It asked a variety of questions about how families were coping with school shutdowns and revealed that more than half of the respondents had a more favorable view of homeschooling as a result of the school closures. I remember thinking at the time that if families thought homeschooling was tolerable during the springtime tumult and isolation, then they would find it far more fulfilling under ordinary circumstances when they could actually gather with others, visit libraries and museums, attend classes and so on.

In May, a RealClear Opinion Research survey confirmed that many parents were more satisfied with at-home learning than expected, with 40 percent saying they were more likely to choose homeschooling or virtual learning even after lockdowns ended. Around the same time, a USA Today/Ipsos poll found that 60 percent of parents surveyed said they would likely choose at-home learning in the fall rather than send their children to school even if the schools reopened for in-person learning.

As summer began, parent actions reflected pollster predictions. Many parents began pulling their children out of school and registering them as independent homeschoolers. During the first week of July, so many parents in North Carolina submitted their online intent to homeschool forms that it crashed the state’s nonpublic education website. Homeschool applications were up 21 percent in Nebraska in July, and 75 percent in Vermont, while grassroots homeschooling networks and local Facebook homeschooling groups reported record increases in new members.

Also in July, the term “pandemic pod” became popularized. Parents came together to create small learning groups for their children, many of whom had been isolated from other children since the spring. Some of these pods were organized to allow children to have social interactions with their peers as they participated in remote learning through their district, while others offered an opportunity for families to opt out of their district’s remote schooling by collaborating to hire a teacher and host a group of children in their private homes. Not surprisingly, education startups, such as SchoolHouse, sprouted to meet the demand for high-quality microschools and at-home learning solutions. Other edtech platforms, such as Outschool.com which offers thousands of live, virtual classes for kids of all ages, saw demand soar and investment surge in 2020.

In August, as the academic year began in some parts of the country, many parents were dissatisfied with their school’s remote or hybrid learning plans. An August Gallup poll revealed that parents’ overall satisfaction with their child’s education dropped 10 percent over last year, while at the same time the number of parents saying they would choose independent homeschooling (not tied to a school or district) jumped in 2020 to 10 percent. The poll also found that attendance in public schools, while still most common, declined 7 percent in 2020 to 76 percent of US K-12 children, indicating that more parents were seeking alternatives to their assigned district school.

Indeed, there has been an exodus of students from public schools this fall, as many parents select private schools that have been more likely to open for in-person learning, or choose independent homeschooling. NPR reported that public school districts in at least 20 states have seen plummeting numbers of students this fall. In Arizona, public school enrollment is down five percent compared to last year, and in Massachusetts it is down four percent.

As parents search for other educational options for their children, they are increasingly in favor of school choice policies that enable funding to follow students. A fall RealClear Opinion Research poll found that support for school choice is up 10 percent since April, to 77 percent of respondents.

In November, an Education Week survey found that homeschooling had swelled to nine percent of the US K-12 school-age population, or nearly five million students. This represents a dramatic jump from pre-pandemic homeschooling levels, when the number of homeschooled students numbered just under two million students, or about 3.4 percent of the K-12 population. According to the survey, many of the families choosing independent homeschooling this year are lower income, suggesting that they may not be able to afford private schooling options but may be dissatisfied with their district school and want something better.

While most parents and students will be eager to return to their ordinary schooldays once the pandemic ends, the school shutdowns have inspired many families to take a closer look at their children’s education and to consider schooling alternatives. Perhaps they had been curious about homeschooling but lacked the catalyst to give it a try until now. Perhaps their children are learning more outside of a conventional classroom and appreciate greater educational freedom and personalization. Perhaps they have been pleasantly surprised by the panoply of high-quality, online learning resources available to them. Perhaps more flexible work schedules make more flexible learning options more feasible.

This year, millions of new homeschoolers have discovered that learning without schooling is not only possible but preferable. For many of them, pandemic homeschooling may well become a permanent and positive educational change.

Wed Dec 30 , 2020
Science isn’t always cerebral, oftentimes revealing its intricacies with a striking image. And 2020 revealed some science gems that were both stunning and awe-inspiring. From “naked” sharks to secret galaxy mergers to disco tardigrades and more, a trove of incredible science photos came to light this crazy year. Seal ballet […] 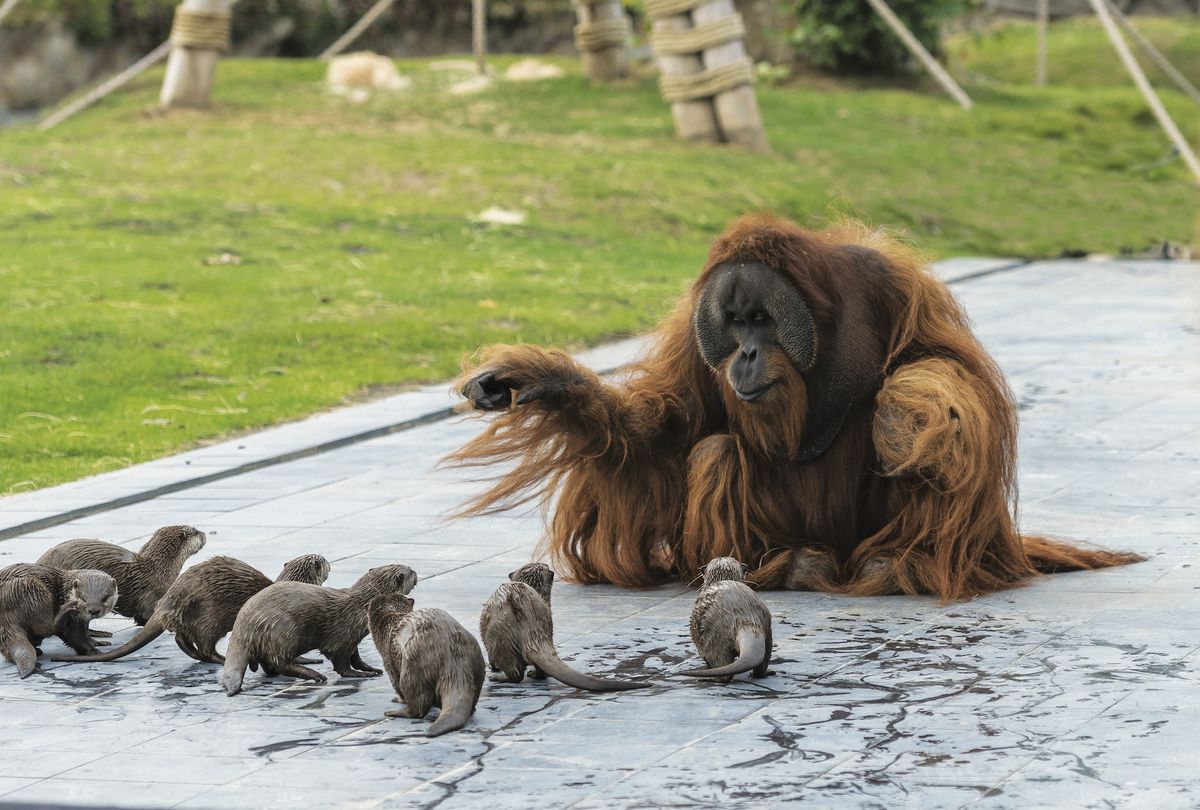