In conjunction with the 30-minute speech, Little unveiled a budget proposal that would increase K-12 general fund spending beyond $2 billion for the first time in Idaho history.

He called for increasing education spending by 3.7 percent above the current year’s original budget. By comparison, Superintendent of Public Instruction Sherri Ybarra is proposing a 2.5 percent increase for K-12 schools next year.

“My budget leaves a prudent surplus, bolsters rainy day funds and reflects my continued priority on education, including our valuable teachers” Little said.

“My budget makes a historic commitment to teachers by fully implementing our $250 million investment in the career ladder.”

Little delivered the address from a Statehouse auditorium, instead of the traditional location of the House floor.

In traditional years, more than 200 people comprising all three branches of Idaho government would cram into House chambers for the address. This year, Little moved the speech and limited capacity to 10 people — a historic departure that he first discussed with Idaho Education News in December.

Both the House and the Senate convened and then adjourned for the day before Little’s speech began. Normally, Idaho’s governor would deliver the speech to a joint session of the House and Senate.

Rep. Wendy Horman, R-Idaho Falls, watched the State of the State on TV above the House chambers with many of legislators. But she said WIFI or connectivity issues hampered the feed, which glitched or froze enough that it made it difficult for legislators to follow the speech.

Even at 5 p.m. Monday, Horman told Idaho EdNews she still didn’t have a good sense of Little’s proposals. To catch up she was seeking out text of the speech and budget publications Little’s office released.

“I only caught portions of State of State and that limited my ability to get an overall sense of the message because I only heard portions,” she said.

Some 2022 budget year highlights include:

Colleges and universities would get about a 2.6 percent funding increase under Little’s proposal. Meanwhile community colleges would be in line for a 5.4 percent increase.

“But with all the disruptions in education delivery over the past 10 months, many of Idaho’s students are experiencing a learning loss,” Little said. “For some students who were already on track, the learning loss could range a few months. But our needier students may have lost more than a year’s worth of learning.”

Little reserved the first words of his speech for condemning the violence, riots and protests at the U.S. Capitol last week.

“The riots tarnished the shining values America stands for,” Little said. “This is not who we are. Hostility and violence are not an expression of your rights; they are a violation of everyone else’s.”

A small group of protestors assembled Monday inside and outside of Idaho’s Statehouse. They have remained peaceful as of early Monday afternoon. People held signs saying “End the lockdown” and posted faux wanted posters depicting images of Little and some state legislators who protestors believe restricted their freedoms.

Idaho State Police announced they had arrested two people who showed up at the Statehouse Monday with outstanding warrants, as of 12:30 p.m.

Idaho State Police said neither arrest was connected to activity Monday at the Statehouse.

“Whatever law enforcement and Capitol Security did to have today happen without any problems, I thank them for that because it felt safe here today,” Horman said.

Little also committed to spending $250 million in federal money to fight the coronavirus and he mourned the deaths of the 1,500-plus Idahoans who died of COVID-19.

“Like a tornado, 2020 was damaging and deadly,” Little said. “But with the arrival of a safe vaccine just a few weeks ago, the dark clouds of the pandemic are starting to part.”

Little also proposed $450 million in combined tax cuts, a mix of one-time and ongoing measures. Little’s budget staff said he would work with the Legislature to iron out the details of the specific types of tax cuts as the session progresses.

State of the State reaction

“Education is a priority again this year, which I am grateful for,” Ybarra told Idaho EdNews Monday afternoon. “Everybody wanted to see the career ladder (for teacher pay) restored and that is exciting.”

Ybarra said has been meeting with legislators to discuss her education agenda for the year. She is readying a bill that would prioritize in-person learning for schools.

Ybarra said he bill is about giving students and parents flexibility and options.

Overall, she said she is ready to get to work implementing her agenda and working with Little and the State Board of Education.

“I am happy education is a priority; it’s been a tough year for everybody,” Ybarra said.

House Speaker Scott Bedke, R-Oakley, said Republicans in the House and Senate would begin introducing bills Tuesday that deal with the separation of powers.

Bedke and many conservative lawmakers felt Little did not include them in discussions about responding to the pandemic, conducting elections or allocating federal emergency stimulus funds passed by Congress.

Republicans also plan to introduce a proposed amendment to the Idaho Constitution that would allow the Legislature to call itself back into session. As things stand today, only the governor may authorize a special session of the Legislature.

Bedke also said Republicans want to return the surplus to those who supplied it by investing in infrastructure projects and “straight up cutting taxes.”

On the education front, Bedke said the GOP wants to scrutinize education spending and stay focused on early literacy.

“We don’t want to give back any of the strides we’ve made in K-3 literacy, among other issues,” Bedkle said.

Overall, Horman arrived at the Statehouse at 6:30 a.m. and was in meetings by 7.

“Coming back, it really felt like business as usual here in the Capitol to me today,” she said. “Some are wearing face masks, some aren’t and there were a few more ISP officers than normal.”

During an afternoon press conference, Democratic leaders expressed ongoing concerns with convening for an in-person legislative session as the coronavirus continues to spread.

Reporter Clark Corbin has covered Idaho government and education for more than a decade. He’s followed every legislative session, gavel-to-gavel, since 2011. Clark is a co-host of the Extra Credit podcast with Kevin Richert published on Fridays. You can follow him on Twitter: @clarkcorbin. He can be reached by email at [email protected]

Peoria students to resume in-person and online classes on Tuesday

Tue Jan 12 , 2021
After 13 schools were closed on Monday, student’s at Peoria Districts Schools will resume virtual and in-person learning on Tuesday. PEORIA, Ariz. — Students will be back in the classroom at Peoria District Schools on Tuesday, after more than 600 certified staff called in sick on Monday. The sick-out forced […] 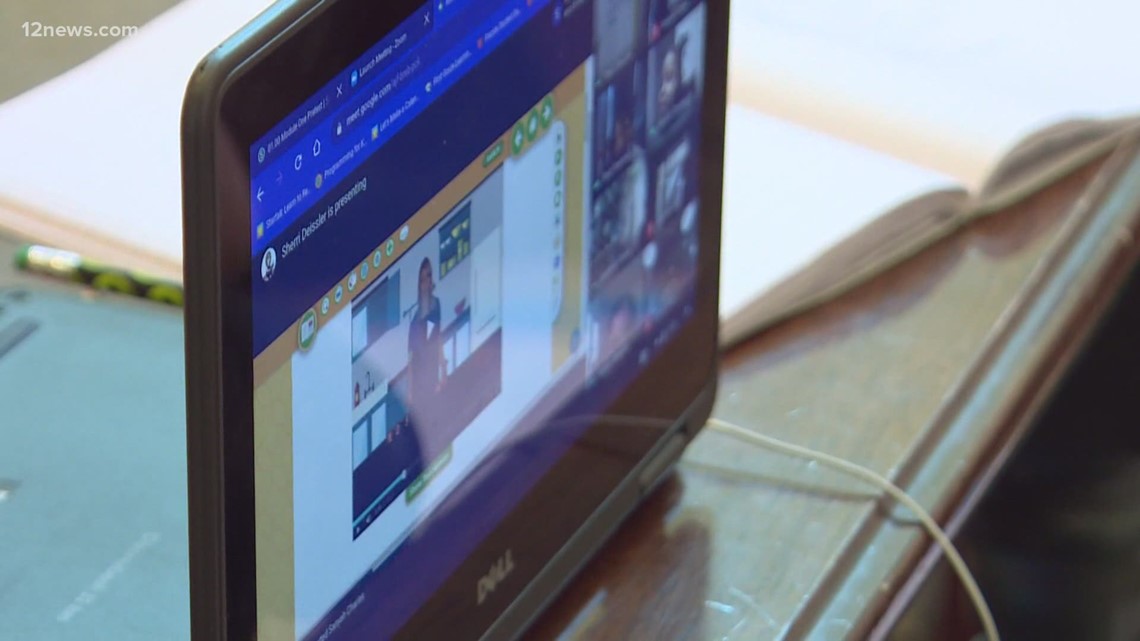